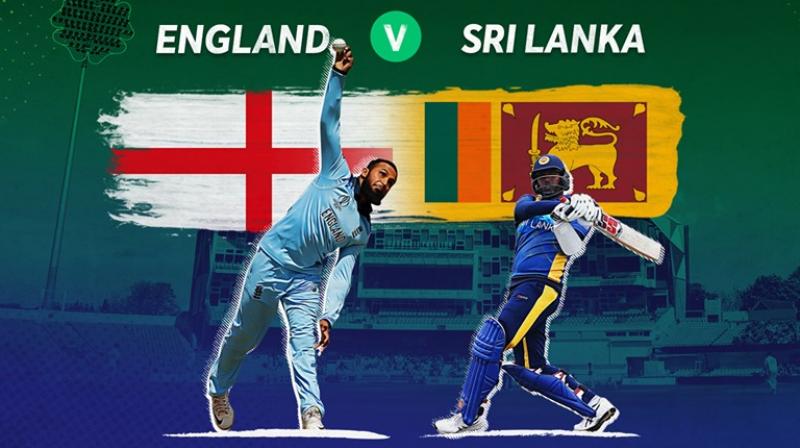 The following article is about the prediction of the match between England vs Sri Lanka. The ICC Men’s T20 Cricket World Cup is going on. The excitement and joy that have been bottled for the last year, is skyrocketing since the start of the tournament. It is a tournament to determine the best team in the T20 format. It is an event not only for cricket fans but for the entire sports lover all over the globe. The emotion is very real. It has been more than a week since the tournament started, and with each day, the excitement is only increasing. Every team has its star players who are skillful and qualified to lead their team to victory. It is one of the best times to be alive.

Before the tournament commenced, ICC published the match fixtures, and by now, everyone knows what is in store for us. For those of you who do not know, coming Monday will be a clash between two titans. England will face Sri Lanka in a match of the Super 12. Both the teams have had their hands on the trophy and will like history to repeat itself. The fans are tensed as well as overjoyed with the two teams facing each other. The teams will have no short of support as fans will be flooding the stadium with banners and shouting at the top of their voice. With all the excitement, let us get into the topic and see what the match can offer us.

England vs Sri Lanka: Where To Watch?

England will face Sri Lanka on 1st November 2021. Both the team belongs to group 1 of Super 12. The match will begin at 7:30 P.M. sharply, according to the Indian Standard Time. The 29th match of the ICC Men’s T20 Cricket World Cup will be covered live from the Sharjah Cricket Stadium in UAE. England vs Sri Lanka will be broadcast on the Star Sports Select 1 and Star Sports Select 1 HD. For online viewers, the match will be available on the Disney+ Hotstar app and the Voot Select app. People having a problem with English commentary can watch it on Star Sports Hindi. The tickets are available online if you want a live experience.

England vs Sri Lanka: Players To Watch Out For

England is the latest champion of the One Day Cricket World Cup. They will like to maintain their supremacy in the T20 Cricket World Cup too. A favorite to win the tournament this year, England has a squad with a lot of potentials. Even their form backs them up in being favorites. Currently, England is at the top of Group 1 with four points in two games. They have a net run rate of over +3.5, which is not an easy feat to achieve. England defeated West Indies in their first match and Bangladesh in their second match. Jonny Bairstow, Jason Roy, Moeen Ali, Josh Buttler, and their whole squad are determined to win the trophy for the second time.

Sri Lanka, just like England, won the trophy in 2014. They have a knack for producing power hitters. The Sri Lanka squad is full of new faces and will like to achieve the feat that their past generation has achieved. But their form in the tournament has not been up to the mark. Sri Lanka is currently in the fourth position of the group with 2 points in two games. They won their first match against Bangladesh but failed to keep the momentum in their second match against Australia. Kusal Perera, Dushmantha Chameera, Charith Asalanka, Dasun Shanaka, etc., need to do something magical to keep their dream of winning the world cup alive.

Both the teams are under a lot of pressure. A win for England will clear their path to the next round, while a win for Sri Lanka will keep their path to the next round open. England and Sri Lanka are two of the best cricket teams in the world and can keep themselves calm in dire situations. Sri Lanka has a good bowling lineup, while England has a strong batting lineup. Both will try to snatch victory from the other team. Keeping everything in mind, it is looking like England, who will end up winning the match. But no one knows for sure what will happen.