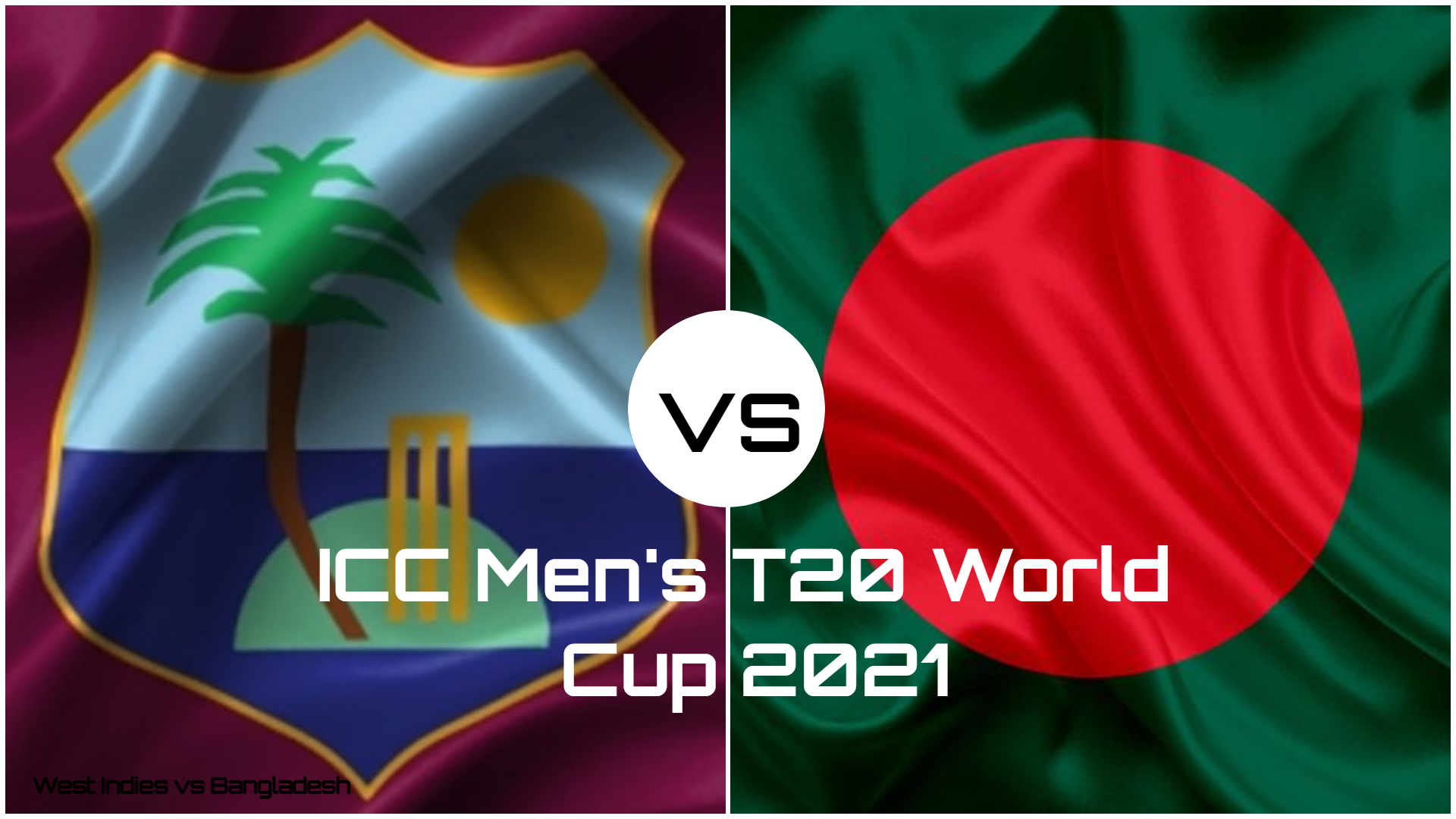 This article is about the predictions of match number 23 of Men’s T20 World Cup 2021, West Indies vs Bangladesh. Both the teams are not at all in a good position but it is still too early to say anything about the group standings by the end of Super 12 matches. Still, Kieron Pollard’s West Indies and Mahmudullah and his men both have lost 2 out of the 2 matches played till now. Currently placed at the 5th and 6th positions respectively Bangladesh and West Indies have zero points and the net run rate is very poor.

In the previous two matches in the ICC T20 World Cup, The Bengal Tigers have won one while West Indies have won one as well. In the 2014 World Cup Bangladesh tasted defeat while in the year 2007, they won. The spotlight will once again be on the power hitters Chris Gayle, Kieron Pollard, and Andre Russell. Fans have been waiting for some run showers but all the three have not been able to score runs in UAE.

The UAE leg of IPL was not very helpful and they could not gain momentum before this big tournament. But the stadium of Sharjah is known for its shot boundaries and long sixes so it may be possible that we get to see six showers. In the subsequent sections of this article, how to watch West Indies vs Bangladesh live and the predicted XI has been explored.

West Indies will face Bangladesh in the 23rd fixture of ICC Men’s T20 World Cup. This super 12 match is scheduled to take place on 29th October 2021. Sharjah Cricket Stadium in UAE will serve as the venue and the telecast of West Indies vs Bangladesh live will be available to watch on the Star Network. You can also catch the action on the streaming platform Hotstar with a VIP or Premium subscription plan. Both the captains will be out for the toss at 3:00 pm (IST) while the game will start at 3:30 pm (IST). So mark the date and set your alarms as it is going to rain sixes at Sharjah.

Roston Chase could be a new face and add the off-spin bowling allrounder factor to the West Indian side. If this change happens then we can see some changes in the top order. Either out of form Gayle or Lendl Simmons will have to be benched. It will definitely add more power in the middle order as well as the bowling attack.

They would not be your favorite team to win but they have got some ability and potential. No injuries have been reported in the Bangladesh squad as of now. The Fielding area needs a lot of improvement and the batting unit should not rely on just one player.

The last few matches have witnessed some extremely poor batting performance from West Indies and now they have landed themselves into a difficult position for the rest of the group stage. Kieron Pollard’s men have lost both the tournament openers against England and South Africa.

Now going into this match against Bangladesh West Indies will have just two matches left to earn some points. Both of them are not gonna be a piece of cake. Australia is looking dangerous than ever and Sri Lanka can put up a decent fight. But if they want to qualify then they must win this match and losing this will only make the road to the qualifier tougher.

Bangladesh has put up a decent show in the Qualifying stages and managed to qualify for the Super 12. But they have lost both the openers of their Super 12 campaign against England and Sri Lanka. The next 3 matches are going to be very difficult as their opponents will be Australia and South Africa. So to put it concisely this match is very crucial for both West Indies and Bangladesh. Considering the experience factor West Indies has got some advantages. Moreover, they have a higher winning percentage in this West Indies vs Bangladesh clash.