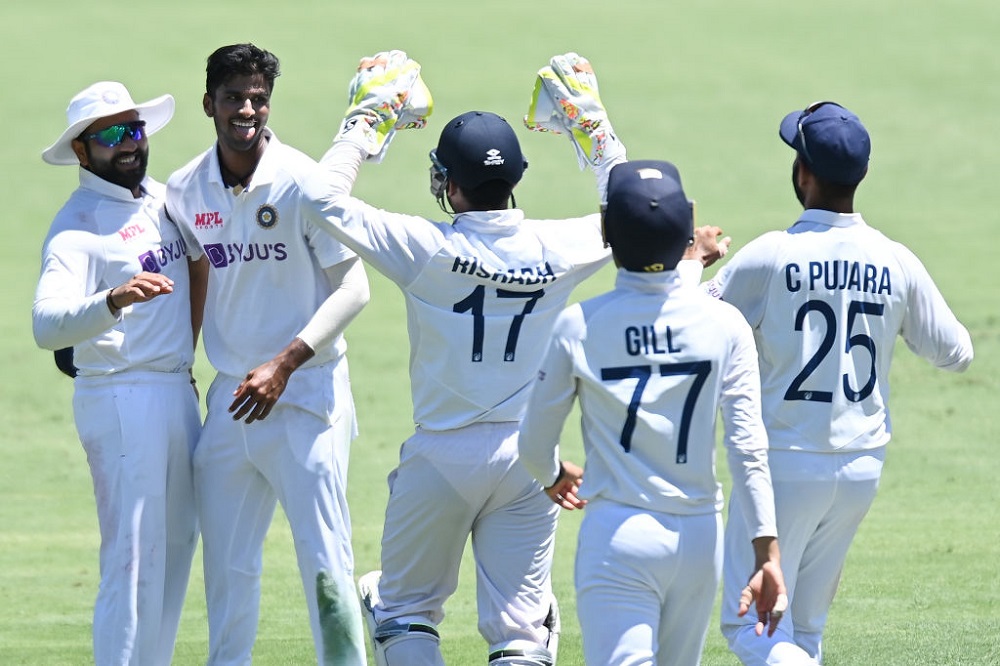 India made a good comeback on Day 2 of the 4th Test match against Australia.

The fourth Test match between India and Australia began yesterday i.e. on 15th January at the Gabba. It was going to be a really interesting game as the Vodafone Test Series is currently tied at 1-1. The hosts got a massive win over the visitors in the first Test match as they took a 1-0 lead. However, India made one of the most historic comebacks to win the second Test match and level the series at 1-1. After that, with brilliant efforts from the Indian batsmen, India managed to draw the third Test match and keep the series leveled at 1-1. Consequently, it all came down to this fourth and final Test match. So, let us see how the 2nd day for the match panned out for both the teams.

Day 1 began as Australia won the toss and opted to bat first once again. Consequently, David Warner and Marcus Harris came to open the innings for the hosts. However, they didn’t really get the best start as Warner (1 in 4) got out in the first over, and soon after that, even Harris (5 in 23) got out. However, Marcus Labuschagne and Steven Smith came to the crease to balance the Aussies innings. They managed to give the hosts’ innings a boost as Smith scored 36 runs in 77 balls before getting out in Sundar’s over.

After that came Matthew Wade who built a good partnership with Labuschagne of 113 runs before Wade (45 in 87) got dismissed. Soon after that even Labuschagne lost his wicket to Natarajan after completing his century. Then came Tim Paine and Cameron Green who managed to bat till the end of Day 1 as they put up a total of 274 runs by the end of Day 1 after losing 5 wickets in 87 overs.

Day 2 began as Paine and Green came to the crease to continue their innings. They got off to a brilliant start as they were batting strongly and defending their wicket at the same time. However, in the 100th over, Shardul Thakur dismissed Tim Paine (50 in 104) after the Australian captain completed his half-century. Slowly, Australia lost two quick wickets after that as in the 100th and 101st over, Green (47 in 107) and Cummins (2 in 8) got out. But, the Australian lower-order didn’t give up and batted brilliantly to take Australia’s total to 369 before getting all out in 115.2 overs. Nathan Lyon (24 in 22), Josh Hazlewood (11 in 27), and Mitchell Starc (20* in 35) chipped in a few runs respectively to help the hosts reach this total.

Now, India needed to score 370 runs to take the lead from Australia. Consequently, Rohit Sharma and Shubman Gill came to open the innings for India. However, they also failed to get the perfect start as Shubman Gill (7 in 15) got out in the 7th over. But, Gill’s dismissal didn’t affect Rohit Sharma or the newcomer to the crease i.e Cheteshwar Pujara. So, they were batting brilliantly until the 20th over when Rohit (44 in 74) got out. Consequently, Ajinkya Rahane came in at 4 and batted till the end of the 2nd session of Day 2. Rahane (2 in 19) and Pujara (8 in 49) chipped in a few runs to get India’s total to 62-2 in 26 overs. However, the play of Day 2 ended with the 2nd session as rain stopped the play for the remaining day.

As a result, now India is trailing by 307 runs and will be coming in tomorrow i.e. on Day 3 to continue their chase. The visitors will try to get good runs on the board tomorrow and bat through the entire day. They’ll give their best to take lead from Australia and then getting them all-out. Therefore, it is going to be a really interesting game of cricket tomorrow as the players will be returning for Day 3. So, tune in tomorrow to watch your favorite players take on the action on Day 3 of the 4th Test match at the Gabba.