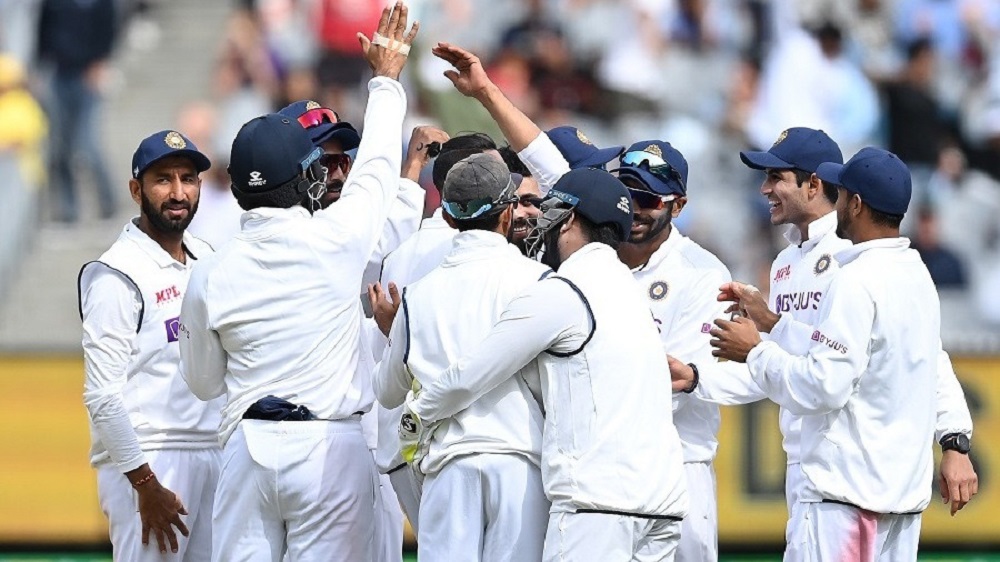 India crushed Australia in the 3rd Test match to register a historic win after their Adelaide loss.

India tour of Australia began on 27th November and the hosts made an immediate impact as they won the Dettol ODI Series. However, India didn’t fall back but made a brilliant comeback to win the Dettol T20I Series. As a result, both the sides have won a series each. Then on 17th December, the Border-Gavaskar Trophy i.e. the Vodafone Test Series began. The hosts destroyed the visitors in the first test match. Australia crushed India as the latter crumbled down to their lowest-ever total of test matches i.e. 36-9 (declared). Consequently, Australia went on to win the match by 8 wickets. However, it was time to forget all of that and start preparing for the second test. The second test match started on 26th December at the MCG. So, let us see what happened in this match.

On Day 1, Australia won the toss and opted to bat first. However, they failed to put up a big score as their entire team crumbled down to a total of 195-10 in 72.3 overs. Marnus Labuschagne (48 in 132), Matthew Wade (30 in 39), and Travis Head (38 in 92) were their high scoring players. On the other hand, Jasprit Bumrah and Ravi Ashwin were the star bowlers for India as they took 4 and 3 wickets respectively. However, the hosts didn’t get the perfect end to the day as Mayank Agarwal (0 in 6) got out. Consequently, now Cheteshwar Pujara and Shubman Gill were on the crease.

Day 2 began as Shubman Gill and Cheteshwar Pujara came to the crease for India. The duo was playing well, both defensively and aggressively but after scoring 45 in 65, Gill got out. Soon after him Pujara also lost his wicket. Consequently, Rahane and Vihari were on the crease now. However, Vihari got out after getting 21 of 66 and soon after him, even Pant (29 in 40) got dismissed. But, after that Australia wasn’t able to dismiss Rahane and Jadeja. In fact, Rahane went on to score a century to help India take the lead from Australia along with Jadeja. At the end of Day 2, India was 277-5 and leading by 82 runs.

Day 3 began with the stand-in captain (Rahane) and Jadeja coming to the crease. However, soon Rahane (112 in 223) got run-out after an error from Jadeja. But, the skipper still motivated Jadeja to play on and help his side get a good lead. But, Jadeja only managed to score 57 in 159 and soon got out. After that, Australia quickly dismissed the remaining players to restrict India to a total of 326-10. Consequently, now Australia needed 132 runs to take the lead from the visitors. However, that seemed difficult as the Indian bowlers showed a terrific performance as they dismissed 6 players before Australia could even complete 100 runs. But, then came Pat Cummins and Cameron Green helped the hosts take the lead at the end of Day 3. They were 133-6 and leading by 2 runs.

Day 4 began as Green (45 in 146) and Cummins (22 in 103) came to the crease to take on the Indian bowlers once again. However, this time the Indian bowlers didn’t let them last much. One after the other, the batsmen got out and as a result, India was able to restrict Australia to 200-10 in 103.1 overs in their second innings. Consequently, now India only needed 70 runs to win the match. So, Mayank Agarwal and Shubman Gill opened the innings for India once again. However, after scoring 5 runs in 15 balls, Agarwal got out in the 5th over. Hence, Pujara came in at 3 but even he got out in the 6th over. But, then came Ajinkya Rahane to help Shubman Gill finish off the chase. The two batsmen played brilliantly to help India get their first win of the series.

Gill scored 35* in 36 whereas Rahane chipped in 27* runs in 40 balls to help India chase 70 runs in just 15.5 overs. The stand-in captain Ajinkya Rahane also won the Man of the Match award for his excellent knocks in both, the first innings and the second innings. It was indeed a brilliant performance from India, especially as some of their star players like Virat Kohli, Rohit Sharma, Ishant Sharma, and Mohammed Shami were not a part of the playing 11. This is a good sign for India and they’ll definitely be looking forward to continue their streak in the next match. Now, the series is tied at 1-1 with two matches remaining. India will play Australia in the 3rd Test match at the Sydney Cricket Ground from 7th January.

Captain @ajinkyarahane88 is adjudged the Man of the Match for his stupendous performance (112 & 27*) in the Boxing Day Test 👏👏🇮🇳#AUSvIND pic.twitter.com/8NqbfK7BNe