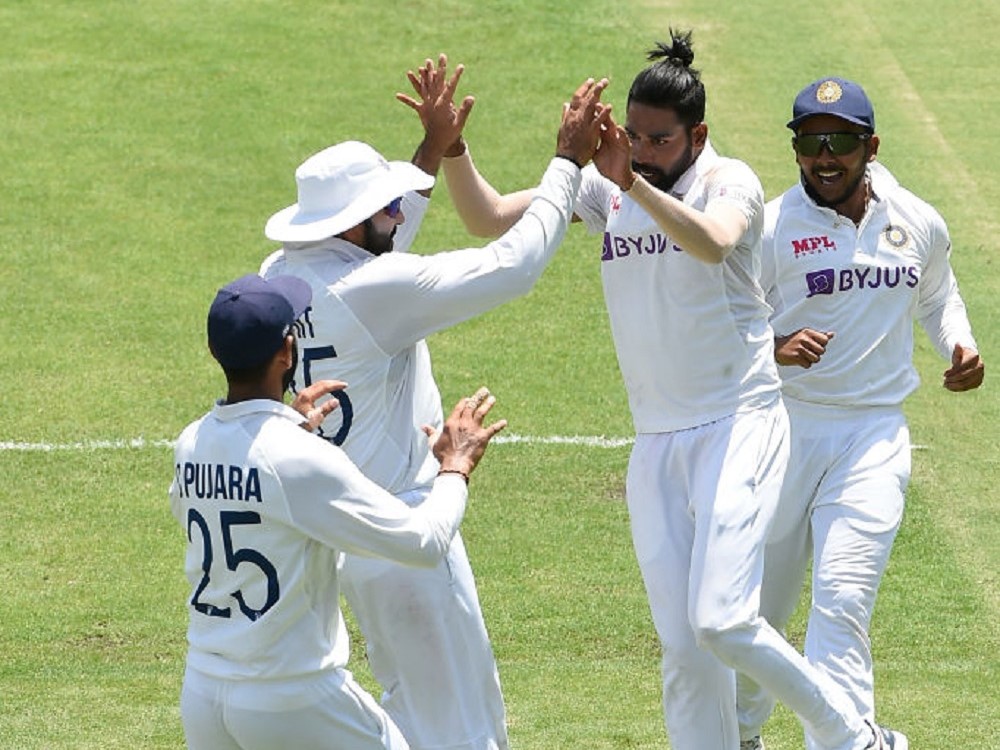 India crushed Australia on Day 4 of the 4th Test match at the Gabba.

India began their tour of Australia on 27th November 2020 after the conclusion of IPL 2020. It was going to be really interesting as both the teams were really strong are their players were in brilliant form. Even the fans were excited as they would get to see international cricket after so long. So, the tour began with the Dettol ODI Series which Australia easily won over India. After that began the Dettol T20I Series in which the visitors made a brilliant comeback to win that series. Consequently, it all came down to the final series of the tour i.e. the Vodafone Test Series for the Border-Gavaskar Trophy. However, the series has been really thrilling and tight until now between both the teams. It is leveled at 1-1 and hence, it all comes down to this 4th Test match.

The match began as Australia opted to bat first after winning the toss once again. So, it was going to be exciting as the hosts would give their best to win this match. However, India was also not planning to go easy on them as even the visitors were looking forward to break Australia’s long unbeaten streak at the Gabba. Anyhow, Day 1 was full of entertainment for the cricket fans as there were some good wickets and good knocks. Australia managed to score 274 runs after losing 5 wickets in 86 overs. Labuschagne (108 in 204), Smith (36 in 77), and Wade (45 in 87) helped boost the Australia innings. Anyhow, Tim Paine (38* in 62) and Cameron Green (28* in 70) managed to survive till the last session and would now come to bat on the next day.

Day 2 began with Cameron Green and Tim Paine taking on the Indian bowlers for their 1st innings. However, they weren’t able to achieve much as they got out really quickly. But, the Australian bowlers behaved as the perfect tailenders as they got some quick runs to give their side a boost. Finally, India was able to get them all-out at a total of 369 in 115.2 overs. As a result, now India needed 370 runs to take the lead.

Rohit Sharma and Shubman Gill came to the crease to open the innings for India. They didn’t really get the start they must’ve accepted as Shubman Gill lost his wicket really soon. However, Rohit Sharma managed to score 44 runs in 74 balls to build a base for India’s innings. Anyhow, Day 2 ended after the 2nd session as rain stopped the play with Ajinkya Rahane and Cheteshwar Pujara on the crease. However, the two would continue the play on the next day i.e. Day 3 for India.

India was off to a good start on Day 3 until they lost Pujara. After that, players like Rahane, Mayank Agarwal, and Rishabh Pant were only able to chip in a few runs before getting out gradually. However, Washington Sundar (62 in 144) and Shardul Thakur (67 in 115) stepped up for the team as they fired the Australian bowlers. They built a beautiful 123-run partnership to give India’s innings a boost. However, even they got out in the 3rd session and after that India’s lineup just collapsed. However, they had managed to score 336 runs in 111.4 overs and were now trailing by just 39 runs.

Australia began their 2nd innings on Day 3 itself with Warner and Harris coming to the crease. They managed to get to a quick 20-run partnership in just 5 overs to extend their lead over India to 53 runs. So, it was going to be interesting to see how the Australian batsmen would approach the Indian bowlers on Day 4.

Australia continued with their 2nd innings on Day 4 as Warner and Harris came to the crease once again. They got off to a brilliant start as they built an 89-run partnership before Harris (38 in 82) got out. In the very next over, Warner (48 in 75) also got out. Then came Labuschagne and Smith but the former got out quickly this time after scoring just 25 runs in 22 balls. It seemed like Australia wanted to just score quickly and then declare so they could defend that target and win this match.

However, in the same over as Labuschagne, even Wade (0 in 3) got out. But, Smith and Green stood strong on the crease to build the base for Australia. Finally, in the 55th over, Smith (55 in 74) got out and after that, the entire Australian batting lineup just collapsed slowly. Green (37 in 90) and Paine (27 in 37) also contributed to their side’s score. Pat Cummins remained not out after scoring 28 runs from 51 balls as he finished Australia’s innings on a good note. India had once again managed to get the hosts all-out, but this time in just 75.5 overs a total of 294 runs. As a result, now India had to chase a target of 328 runs to win this match.

Rohit Sharma and Shubman Gill came to the crease to open the innings for India. They were able to bat just for 1.5 overs in which Rohit Sharma scored 4 runs off the first over whereas Shubman Gill dotted the 5 balls from the second over. Rain stopped the play and hence, the umpires called for stumps as they declared the end of Day 4. So, India will be coming on the Gabba pitch for the last tomorrow to try and secure a win against the hosts. Australia, on the other hand, will try to get the visitors all-out and win the series from here on. India needs 324 runs whereas Australia needs 10 wickets. Therefore, the final day is going to be really thrilling and exciting. So, tune in tomorrow to watch the 5th and final day of the 4th and final Test match between India and Australia at the Gabba.