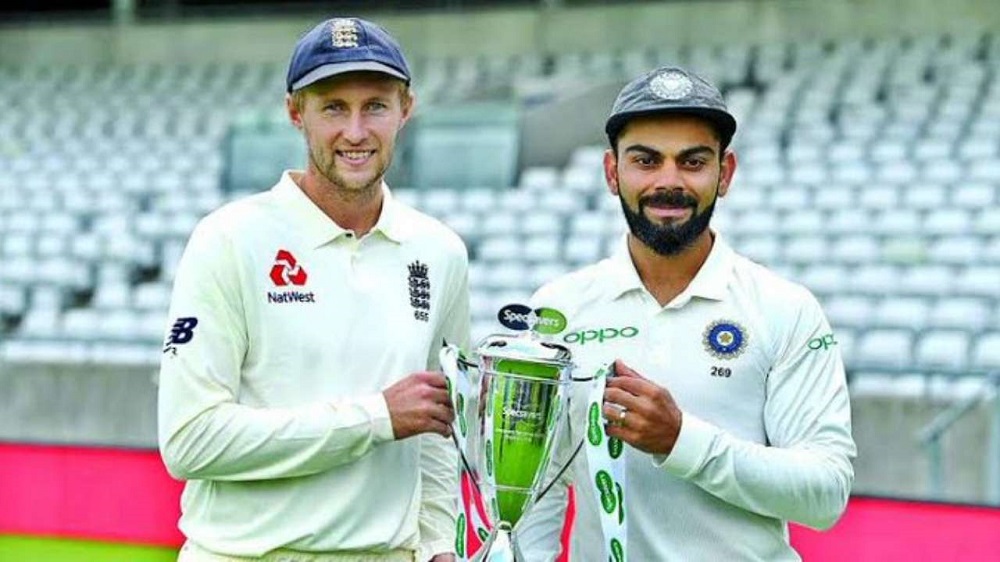 India and England will be locking heads in a 4-match Test Series from next week and here's all you need to know.

The England tour of India is going to begin on 5th February 2021 i.e. on Friday next week. It will be interesting as the two teams will be locking their heads in a four-match Test series to start off the tour. The result of this tour will decide if either of them will be able to make it to the ICC World Test Championship final. India need to win this series by 2-0, 3-0, 3-1, or 4-0 if they want to make it to the final. On the other hand, England need to defeat India by 3-0 or 4-0 if they want to fix their spot in the Top 2. Consequently, it is going to be a really interesting series.

England recently defeated Sri Lanka in the latter’s home ground to win the Test series by 2-0. Joe Root and his team showed great composure after their ODI Series against South Africa was canceled due to the COVID-19 pandemic. Anyhow, the Englishmen stayed calm and showed excellent display of their game in Sri Lanka. However, now it will be tough for them as they will be facing India in India which is not going to be that easy.

India recently crushed Australia in Australia to win the Vodafone Test Series and thereby retain their hold over the Border-Gavaskar trophy. They lost the 1st Test match in the most humiliating manner but maintained their calm to make a historic comeback in the 2nd Test match. After that, they drew the 3rd Test match and then went on to win the Test series by 2-1 as they thrashed the hosts in the 4th Test match. With that, India broke many records. They became the team to end Australia’s unbeaten 33-year streak at the Gabba (Brisbane). However, it won’t be easy for India as well because England is in excellent form and they won’t go easy on the hosts. Anyhow, let us have a look at the squads for both the teams in this tour.

NEWS – The All-India Senior Selection Committee met on Tuesday to pick the squad for the first two Test matches to be played at Chennai against England.#INDvENG

Apart from these players, the selection committee has also chosen a few standby players and net bowlers. Here’s a list of those players:

There are many surprising names in the squad and left out of the squad. The exclusion of T. Natarajan came as a surprise but the BCCI wanted to give the player rest as he played all the series in Australia. Apart from that, Hardik Pandya, Ishant Sharma, and KL Rahul’s return is much anticipated in this series. They were not available for the Australia tour and hence, the fans will surely be waiting for them to play under the captaincy of Virat Kohli.

This is England’s squad for the first two Test matches against India. It is not their best squad but it is definitely a strong team. The England Cricket Board (ECB) was also trolled and criticized for not selecting their best players/team for this tour which is of utmost importance. But, they didn’t respond to the criticism or the disappointment expressed by the cricketing legends or fans all around the world. Anyhow, it will be exciting to see how both the teams do in this tour. The future of the ICC World Test Championship final depends on this. Consequently, they will give their best to ensure their place for that and also win this Test Series.