India Fire Australia Yet Again On Day 3 Of 2nd Test 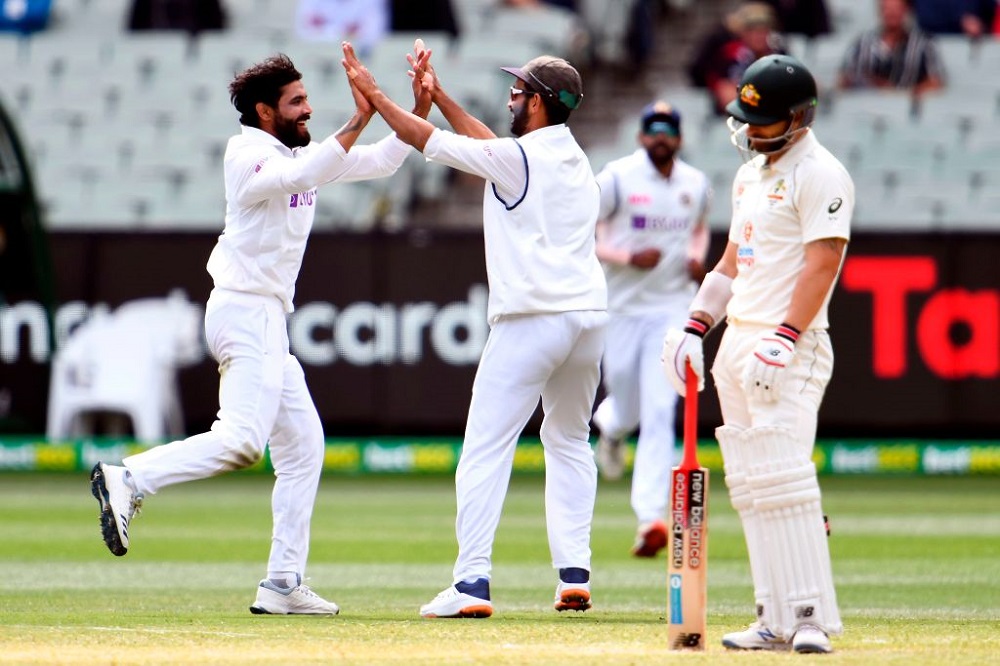 Indian bowlers fired Australia yet again on Day 3 of the 2nd Test match.

India began their tour in Australia on 27th November with the Dettol ODI Series. They lost that to the hosts but made a strong comeback to win the Dettol T20I Series. Anyhow, then began the Border-Gavaskar Trophy i.e. the Vodafone Test Series. In that, India lost the first test match to Australia in a humiliating manner. The hosts crushed India to win the match by 8 wickets. However, the visitors did not take this to their heart. They prepared for the 2nd test match at the MCG with complete determination. In fact, they even got a great start to it and today was Day 3 of the match. So, let us see what happened in the match today.

Australia had won the toss and opted to bat first. However, they didn’t get the best start as they lost an early wicket. Even after that, they managed to score a few runs but later on went crumbling down. Their highest scorers were Matthew Wade (30 in 39), Marcus Labuschagne (48 in 132), and Travis Head (38 in 92). As a result, India restricted Australia to a total of 195-10 in just 72.3 overs.

Shubman Gill and Mayank Agarwal opened the innings for India. However, India also lost an early wicket as Mayank Agarwal got out in the 1st over itself. Consequently, Cheteshwar Pujara came in at 3. He settled in really quickly and helped India get through Day 1 along with Shubman Gill. India has managed to score 36 runs in the 11 overs that they played.

India continued their first innings on Day 2 as Gill and Pujara came to the crease. However, they got out after getting a few runs on the scoreboard. But, Ajinkya Rahane came in and stood strong and proved why he was the stand-in captain to replace Virat Kohli. After that, Jadeja came in at 7 to support Rahane. The duo played really well and helped India take lead from the hosts. Rahane managed to get his ton whereas Jadeja was also closing in on his half-century. At the end of Day 2, India had scored 277 runs and taken an 82-run lead from Australia.

Ajinkya Rahane and Ravindra Jadeja came to the crease to start Day 3 for India. However, soon Rahane (112 in 223) got run-out in the 100th over. After that, Jadeja completed his half-century to get few more runs for India. But, soon even Jadeja (57 in 159) got out and after that, the Indian lineup just went crumbling down. Even then they had managed to get a total of 326 on the scoreboard. As a result, Australia was now trailing by 131 runs.

Australia now needed 132 runs to take the lead from India once again. However, they didn’t quite get the start that they must’ve expected as Joe Burns (4 in 10) got out soon yet again. After that came Marnus Labuschagne and he was settling in really well with Wade. However, Ashwin struck for India once again to dismiss Labuschagne (28 in 49). Soon after him, even Smith (8 in 30) got out. Gradually, the Indian bowlers were taking down the Australian batsmen. As a result, Wade (40 in 137), Head (17 in 46), and Paine (1 in 9) also got out soon. Even then Cameron Green and Pat Cummins stood strong on the crease for the hosts. In fact, by the end of Day 3, they managed to help Australia get a 2-run lead after taking Australia’s score to 133-6 in 66 overs.

Can India manage to win the 2nd Test to level the series at 1-1?

With this, Day 3 came to an end, and now with only 2 days left, it’ll be interesting to see how things pan out. India will look forward to get Australia all-out tomorrow as soon as possible and then chase the required target. So, stay tuned for the action as the players will be returning tomorrow for Day 4 of the test at the MCG.