India Hold Their Nerve To Draw 3rd Test Against Australia 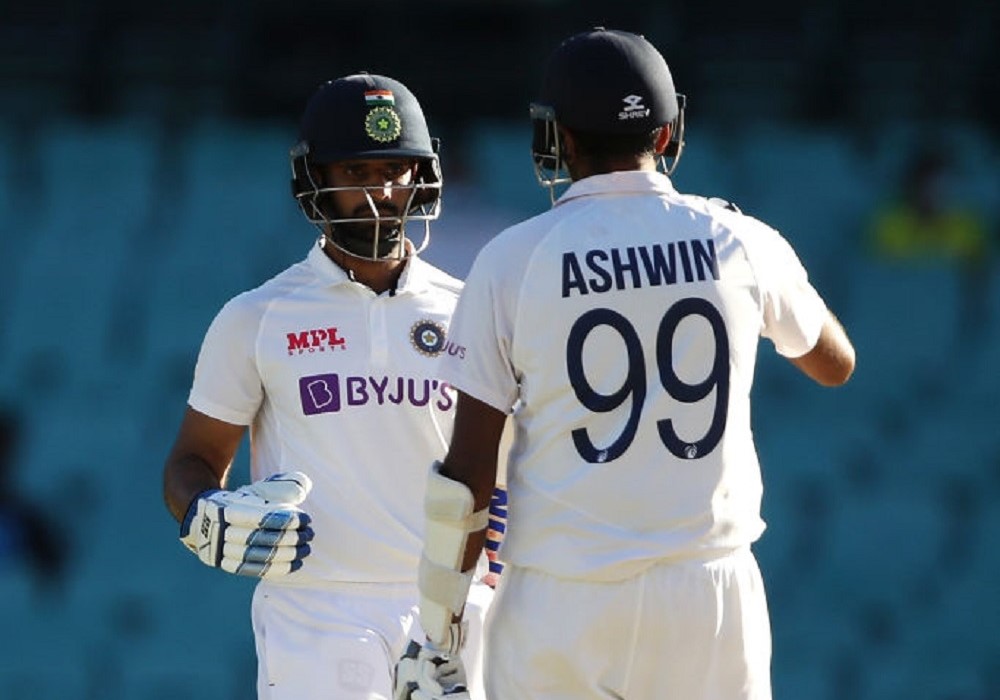 Hanuma Vihari (left) and Ravichandran Ashwin (right) held their nerve against the Australian bowlers to draw the match for India.

The 3rd test between India and Australia at the SCG began on 7th January. It was going to be a really exciting game as the series was tied at 1-1. The Vodafone Test Series i.e. the Border-Gavaskar Trophy began on the 19th of January as the hosts humiliated the visitors to win the first match at the Adelaide Oval. However, India stayed strong and made an unbelievable comeback against Australia to win the second test match. As a result, with the series leveled at 1-1, the match was definitely going to be interesting. So, let us see what happened in this clash.

Australia had won the toss and opted to bat first on Day 1 of the match. Consequently, Will Pucovski and David Warner opened the innings for the hosts. However, they couldn’t get the start they must have accepted as David Warner got out early. Also, the play had to be stopped for 3 hours due to a sudden burst of rain. So, the play of the day was reduced to 55 overs. Even after Warner’s dismissal, Pucovski managed to score 62 runs in 110 balls before getting out in the 35th over. As a result, Steven Smith came in at 4 and batted till the end of Day 1 along with Marnus Labuschagne. They had managed to score 166 runs after losing 2 wickets in 55 overs.

Australia continued their 1st innings on Day 2 as Smith and Labuschagne came to bat. They got off to a great start and was building a good partnership. They managed to score 100 runs together before Labuschagne (91 in 196) got out in the 71st over. After that, the entire batting lineup of Australia collapsed but Smith didn’t give up and was playing brilliantly. Anyhow, India managed to get Australia all-out in 105.4 overs after dismissing Steven Smith (131 in 226) in the 106th over. The hosts had smashed 338 runs and hence, now the visitors needed to get 339 runs on the scoreboard to take the lead.

Shubman Gill and Rohit Sharma opened the innings for India on Day 2. They got India their best start of the series as they built a 70 run partnership before Rohit (26 in 77) got out. Soon after him, even Gill (50 in 101) lost his wicket to Cummins. The youngster pulled off a great knock to score his maiden half-century in the test format. Anyhow, then came Cheteshwar Pujara and Ajinkya Rahane to continue the innings for India. They were going great and managed to survive at the end of Day 2. India had scored 96 runs and was now trailing by 242 runs from the hosts.

Pujara and Rahane came to the crease once again to continue India’s 1st innings on Day 3. However, they didn’t manage to build a partnership as Rahane got out after scoring 22 runs in 70 balls. Slowly, even the Indian batting lineup collapsed. However, each player managed to chip in a few runs. Pujara scored 50 runs in 176 balls whereas Pant scored 36 in 67. Jadeja played smartly as he remained not out after scoring 28 runs in 37 balls but Inthe other batsmen got dismissed. Consequently, India scored 244 runs in 100.4 overs and was now 94 runs behind Australia.

Australia began their 2nd innings and once again, Pucovski and Warner came to the crease. However, this time both Pucovski and Warner failed to deliver as they got out one after the other. But, once again Marnus Labuschagne and Steven Smith stood strong for the hosts and survived till the end of Day 3. They scored 103 runs and were now leading by 197 runs.

Day 4 began as Smith and Labuschagne came to the crease once again. They were playing brilliantly and managed to score 73 runs in 118 balls and 81 runs in 167 balls respectively. Apart from that, even Cameron Green smashed 84 runs in 132 balls until he got out in the 87th over. After that, Paine (39* in 52) decided to declare their innings. They only had a day and a half remaining and wanted to get India all out before that. Only then, Australia could manage to win this match. Australia had scored 312-6 in 87 overs and as a result, now India needed to chase 407 runs if they wanted to win the match.

India began their 2nd innings as Shubman Gill and Rohit Sharma came to open once again. They managed to get their side a brilliant start again before Gill (31 in 64) got out in the 23rd over. After him, even Rohit lost his wicket to Cummins after scoring 52 runs in 98 balls. Consequently, after that Pujara and Rahane came in to bat and survived the Australian bowling attack brilliantly. They managed to get India’s total to 98-2 in 34 overs. As a result, they now needed 309 runs on the last day of the match to win the 2nd Test.

The match between India and Australia continued for the last day i.e. Day 5 as Rahane and Pujara came to the crease. It was going to be a great day as India needed 309 runs off the last day. On the contrary, Australia needed 8 wickets to win this game. However, Rahane got out early in the 36th over itself. But, then came Rishabh Pant who changed the entire game. The wicketkeeper-batsman smashed 97 runs in 118 balls to revive a hope amongst the Indian fans once again. He got out in the 80th over but had done his job as India now needed just 157 runs in approximately 51 overs.

Anyhow, sometime later even Pujara (77 in 205) got out in the 89th over. The pressure on India was now extreme. They needed 135 runs in 43 overs but had only 5 wickets remaining. Hanuma Vihari and Ravichandran Ashwin came to the crease but while running Vihari got a hamstring pain and was now not able to run. As a result, during the tea break, the Indian team and its management decided to draw the match. Consequently, now all hopes were on Ashwin and Vihari. Both of them did a commendable job as they played till the end of Day 5 to draw the match.

Despite suffering a tremendous amount of pain, Vihari scored 23* runs in 161 balls i.e. the slowest innings by an  Indian batsman in the test format. Ashwin, on the other hand, scored 39 runs in 128 balls to help Vihari draw the match. India had scored 334 runs after losing 5 wickets in 131 overs and hence, they had managed to draw this match.

Playing through pain, battling bruises, negotiating a top Australian bowling attack and taking #TeamIndia to a memorable draw. SCG stars relive it all here – by @Moulinparikh

Who will win the Border-Gavaskar Trophy?

The next i.e. the 4th and final match of the series at the Gabba (Brisbane) is surely going to be worth watching. The series is currently tied at 1-1. Both, the hosts and the visitors managed to win a match each one after the other. Moreover, now that India managed to draw the third match, they’ll surely look forward to win the next match or at least try to draw that. It is going to be really interesting as India will be missing Ravindra Jadeja from the next match. So, brace yourselves and let us know in the comments section who do you think will lift the Border-Gavaskar Trophy this time.