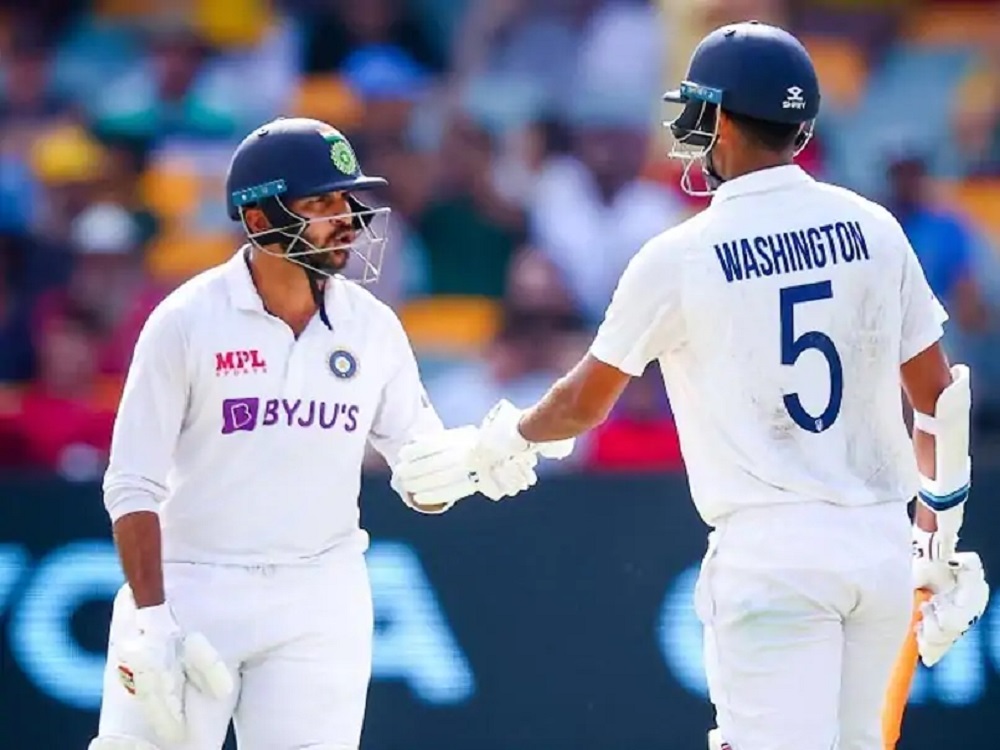 India outshined Australia on Day 3 of the 4th Test match as the lower-order frustrated the Australian bowlers.

Today, India played the 3rd day of the 4th Test match against Australia at the Gabba. It was a really exciting day for the visitors as they dominated the hosts and managed to bat almost till the end of the day. The Border-Gavaskar Trophy i.e. the Vodafone Test Series is currently tied at 1-1. Australia won the first Test match whereas India won the second Test match to level the series. After that, with great efforts from the Indian batsmen, India managed to draw the match and keep the series tied. As a result, it all comes down to the fourth and the final Test match. So, let us see what happened on Day 3 of the fourth Test match.

The match began on Day 1 as Australia opted to bat first after winning the toss. So, David Warner and Marcus Harris came to open the innings for them. However, they didn’t really get the start they must have accepted as Warner (1 in 4) and Harris (5 in 23) got out within 8 overs. Then came Marnus Labuschagne and Steven Smith on the crease to handle the Australian innings. They were doing well until the 35th over when Smith (36 in 77) got dismissed.

Day 2 began as Paine and Green came to the crease to continue their innings. However, India managed to get Australia all-out at a total of 369 in 115.2 overs. Paine (50 in 104) and Green (47 in 107) were the highest scorers of the day for the hosts. The Indian bowlers did an amazing job in restricting the hosts from setting up a really big target. Now, India needed 370 runs to take the lead from Australia.

India also just like Australia didn’t really get the start they must have expected as Shubman Gill (7 in 15) got out in the 7th over itself. Consequently, Pujara came in at 3 and was settling in with Rohit Sharma. However, just when the visitors were looking good, Rohit (44 in 74) gave away his wicket by playing an unnecessary shot. As a result, Ajinkya Rahane came to the crease and managed to bat till the end of the 2nd session of Day 2 as the third session was canceled due to rain. So, it was decided that the play on the next day would start half-an-hour early. India had managed to score 62 runs by the end of Day 2 and hence, they were now trailing by 307 runs from the hosts.

Cheteshwar Pujara and Ajinkya Rahane came to the crease to begin Day 3 of the 4th Test match. They were settling in slowly and were looking good until the 39th over when Pujara (25 in 94) got out. After that, in the 55th over, Starc dismissed Rahane (37 in 93), and just 6 overs later Hazlewood struck to dismiss Mayank Agarwal (38 in 75). As a result, now Rishabh Pant and Washington Sundar were on the crease now. However, Pant (23 in 29) soon got out in the 67th over. As a result, all the Indian fans were now hoping for a miracle from Sundar and Shardul Thakur. Consequently, the duo did performed really well and gave the fans a ray of sunshine.

They were batting really well and dominating the Australian bowlers. Tim Paine tried all his options but nothing could break the Thakur-Sundar partnership. They performed really well and built a 123-run partnership before Thakur (67 in 115) got out in the 103rd over. However, this didn’t affect Sundar or Saini’s game as they were playing calmly. But, soon in the 108th over, even Saini got dismissed (5 in 14). In the very next over, even Sundar (62 in 144) got out. After that, Siraj (13 in 10) and Natarajan (1* in 9) chipped in a few runs before Siraj got out in the 112nd over. As a result, India posted a total of 336 before getting all out in 111.4 overs.

After Australia managed to get India all-out, the hosts only had a lead of 33 runs now. So, they would now start their 2nd innings to increase their lead. Consequently, David Warner (19* in 17) and Marcus Harris (1* in 13) came to the crease. However, the openers didn’t let the pressure get to them and managed to bat till the end of Day 3. Therefore, Australia had managed to score 20 runs in the 5 overs that they played in the last few minutes of Day 3. As a result, they had now extended their lead to 53 runs.

Australia will now be looking forward to bat through the entire day tomorrow and extend their lead to a huge total. Then, they’ll declare their innings and try to get India all-out before the end of Day 5. India, on the other hand, will try their best to get Australia all-out as soon as possible and then chase the remaining target. So, tune in tomorrow to watch how the Day 4 of the 4th Test match pans out for India and Australia.