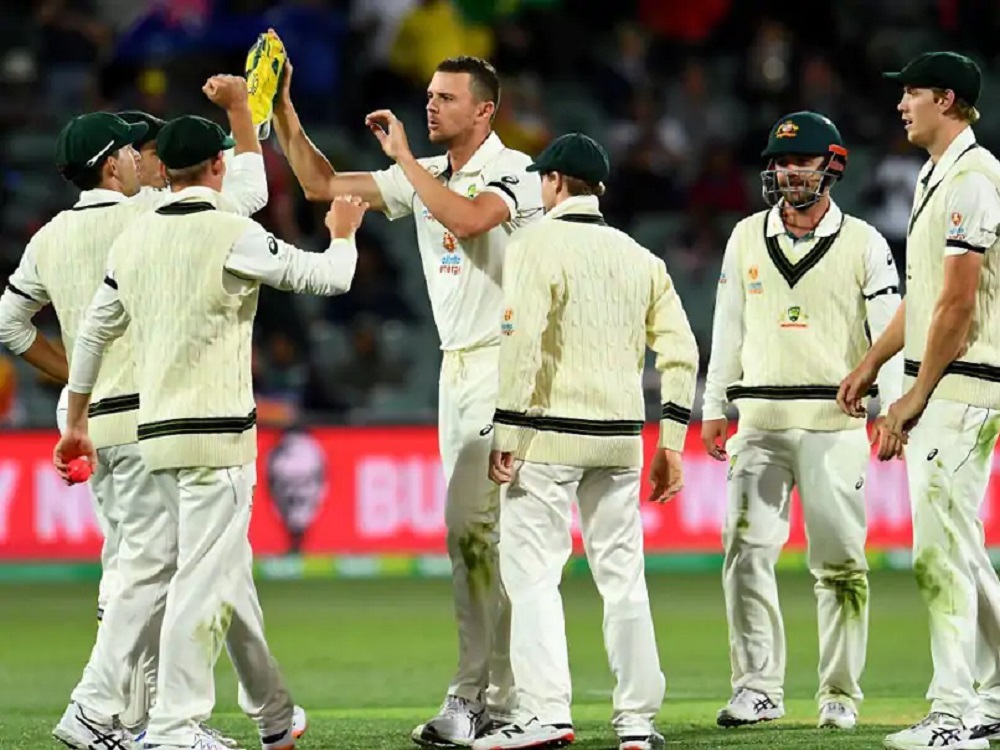 India started off poorly on Day 1 of the 1st Test Match as Australia got some early wickets.

The Border-Gavaskar Trophy started off today with the 1st test match being played in Adelaide. On 27th November, India began their tour of Australia and got off to a poor start. They lost the Dettol ODI Series but later on produced a brilliant comeback to win the Dettol T20I Series. Anyhow, it was now time for the Vodafone Test Series to start. The tourists will be playing 4 test matches in this series against the hosts. The 1st match began today and was one of the most anticipated matches of this tour. The sole reason is that it is the first day-night red-ball game to be played in this series in Australia. It was also interesting because the Indian skipper Virat Kohli was playing his last game of the tour. He will be returning to India after this game for his paternity leave.

India won the toss and opted to bat first. This decision didn’t come as a surprise as it was quite expected from the visitors. They wanted to bat first and put up a big score for the hosts to chase. Consequently, they wanted to get them all out and give the follow-on. However, things didn’t quite go their way as in the 1st over itself, Prithvi Shaw (0 in 2) got bowled. But, Cheteshwar Pujara came to the crease then and settled in quite well with Mayank Agarwal. However, in the 18th over, even Mayank (17 in 40) lost his wicket to Cummins. As a result, the Indian skipper Virat Kohli himself came to the crease. He played a brilliant innings and was all set with Pujara (43 in 160) but, in the 50th over, the latter got out. As a result, Ajinkya Rahane came to the crease.

Rahane was building a good partnership with Kohli. However, in the 77th over, the former made a horrendous mistake as owing to his fault, Kohli (74 in 180) got run-out. Soon after that in the 81st over, Rahane (42 in 92) also lost his wicket to Starc. Consequently, Hanuma Vihari and Wriddhiman Saha were on the crease now. However, unfortunately, Vihari (16 in 25) got out in the 84th over after a brilliant delivery from Josh Hazlewood. As a result, Ashwin (15* in 17) came in at 8 and the day ended with him and Saha (9* in 25) batting till the end. With that, the play for Day 1 came to an end after India scored 233-6 in 89 overs.

Can India win the first test match to take an early lead?

India has surely started poorly if compared to their caliber against Australia. They have some brilliant players in their squad but only a few of them managed to get good runs on the scoreboard. Now, it will be interesting to see tomorrow how things turn out for them. They will surely be looking forward to bat through the entire day and set up a big target. After that, they’ll have 3 days to defend their score in the two Australian innings. The play for Day 2 will be beginning at the same time tomorrow. So, stay tuned for more updates.