India Struggle On Day 4 Of 3rd Test Against Australia 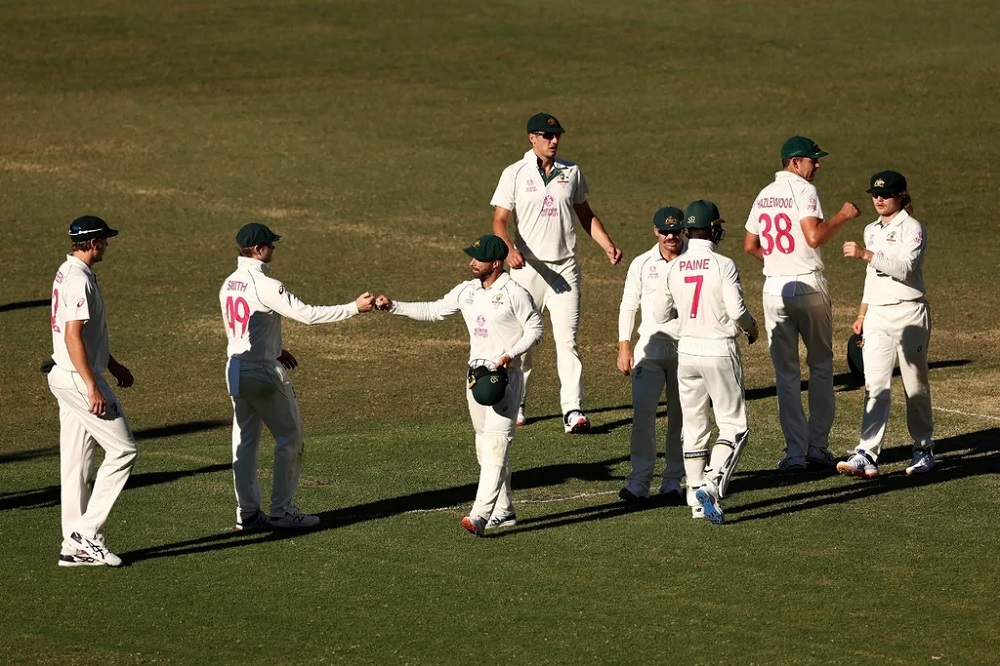 India struggled on Day 4 of the 3rd Test against Australia as the hosts dominated them.

The 3rd test match between India and Australia began on 7th January and has been entertaining every cricket fan ever since. After a humiliating defeat in the first match, the Indians made an excellent comeback against the hosts to win the second match. Consequently, the Vodafone Test Series was tied at 1-1. Anyhow, the teams played on Day 4 of the match today and it was really interesting. So, let us see what happened during the three sessions of Day 4.

The match began on Day 1 as Australia won the toss and opted to bat first. They didn’t really get the start that they must have accepted as Warner got out early. However, Will Pucovski and Marnus Labuschagne managed to build the base for Australia’s innings. Pucovski scored 62 runs in 110 balls before getting out in the 35th over. Consequently, Steven Smith came in at 4 and manage to bat till the end of Day 1 along with Labuschagne. They managed to get Australia to a total of 166-2 at the end of 55 overs.

Day 2 began as Steven Smith came to the crease with Marnus Labuschagne. They were batting really well and managed to build a 100-run partnership until Labuschagne got out in the 71st over. Then, slowly Australia’s entire batting lineup collapsed but Steven Smith was standing strong at the crease. However, India still managed to get the hosts all out at a total of 338. Smith smashed 131 runs in 226 balls to guide Australia to this massive total. As a result, now India needed to score 339 runs to take the lead from Australia.

Rohit Sharma and Shubman Gill came to open the innings for India. They got off to a great start as they posted 70 runs before Rohit got out. Soon after that, even Shubman Gill got out. However, after their dismissal, Pujara and Rahane managed to defend their wicket till the end of Day 2.

After Rohit and Gill got dismissed on Day 2, the entire Indian batting lineup was trying to settle but got out after scoring a few runs on Day 3. Pujara and Gill were the highest scorers as they both scored 50 runs in 176 and 101 balls respectively. Even Pant and Jadeja chipped in a few runs as they got 36 runs in 67 balls and 28* runs in 37 balls. As a result, India managed to score only 244 runs in 100.4 overs. Therefore, Australia had managed to still be in a 94-run lead.

Australia began their second innings as Will Pucovski and David Warner came to the crease once again. However, even this time they lost an early wicket as Siraj dismissed Pucovski. Soon after him, even Warner got out. But, Steven Smith and Marnus Labuschagne came in as the saviors and batted till the end of Day 3. They managed to score 103 runs and hence, the hosts were now leading by 207 runs.

Australia continued with their second innings on Day 4 as Smith and  Labuschagne came to the crease once again. They were in a really good form but soon Labuschagne got out after scoring 73 runs in 118 balls. After that came Matthew Wade (4 in 11) but failed to make much impact as Saini dismissed him. Consequently, Cameron Green came in at 6 and seemed to be in a really good form. He was settling in well with Smith but the latter got out in the 68th over after scoring 81 runs in 167 balls.

As a result, now came Tim Paine (39* in 52), the skipper himself. He quickly got into his best form and was smashing the Indian bowlers along with Green. However, finally in the 87th over, Bumrah dismissed Green (84 inn 132) and Australia decided to declare then. They had managed to score 312 runs after losing just 6 wickets in 87 overs. Consequently, now India needed 407 runs to win the game. However, they had just 4 sessions to achieve this.

India began their second innings on a great note as Rohit Sharma and Shubman Gill opened for them again. They were going great as they were defending well and also attacking the Australian bowlers when needed. They managed to score 71 runs in 22.1 overs before Gill (31 in 64) got out in the 22.1 overs. Consequently, Cheteshwar Pujara came in at 3. However, he was unaffected by Gill’s dismissal and so was Rohit. But, unfortunately, Rohit (52 in 98) also got out in the 31st over after completing his half-century. Therefore, Ajinkya Rahane came in at 4 then. He managed to bat till the end of the day along with Pujara to score 98 runs for India after losing 2 wickets in 34 overs.

As a result, now India needs 309 runs to win the game on the last day of the match i.e. Day 5. It will surely be difficult for them as India is currently missing two of their star batsmen i.e. Rishabh Pant and Ravindra Jadeja. Their presence is doubtful right now for tomorrow’s second innings as they got injured while batting in the first innings. Anyhow, it is going to be a really interesting day tomorrow as Australia will be looking forward to win this game. On the other hand, India will try to draw the game by batting through the entire day. So, let us know your thoughts in the comments section whether India will manage to draw this game or Australia will win the match to take a 2-1 lead in the series.