India Win 3rd ODI Against Australia In A Nail-Biting Match 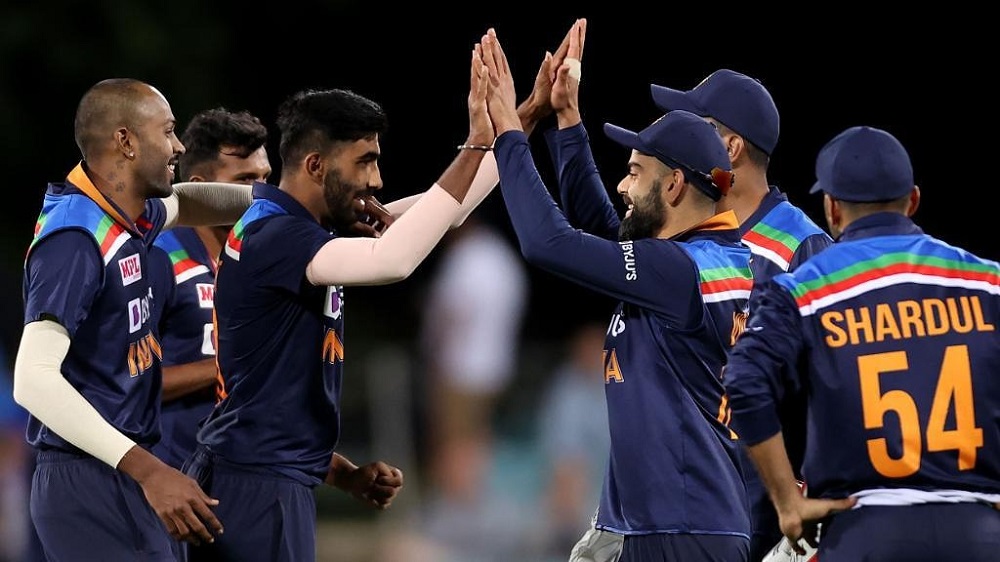 India finally won the 3rd ODI against Australia to not get whitewashed in the Dettol ODI series.

It was time for the last ODI of the series between Australia and India. The former began the tour of Australia on 27th November. They began the series with the 1st ODI where they lost by a whopping 65 runs. After that, they played the second ODI on 29th November where the visitors lost another game by 51 runs. As a result, India had already lost the series. However, now they had a chance to redeem themselves as they were going to play the 3rd ODI on 1st December. India had a chance to secure at least one win and not get whitewashed. David Warner was out due to injury whereas the skipper Aaron Finch gave rest to Mitchell Starc and Pat Cummins as they had already won the series. So, it was going to be a really interesting match.

The first innings began as India won the toss and opted to bat first. They had won their first toss of the series and hence, chose to bat first. They wanted to set up a huge target in front of the Australians and put them under pressure during the chase. However, they didn’t get a really great start as Dhawan (16 in 27) got out in the 6th over itself. Consequently, Virat Kohli came to support Shubman Gill from the other end of the crease. They were pairing well until the 16th over when Agar dismissed Gill (33 in 39). As a result, Shreyas Iyer (19 in 21) came in at 4 but even he failed to make an impact as he got out in the 23rd over. Then came KL Rahul to the crease.

The hopes of all Indians were rested on him and Kohli now. However, even he (Rahul- 5 in 11) got out in the 26th over. So, Hardik Pandya came in at 6 and started pairing up with Kohli really well. However, in the 32nd over, Kohli (63 in 78) got out. Consequently, Ravindra Jadeja came to the crease. India had only scored 152 runs but had lost 5 wickets already. So, all eyes were on Jadeja and Pandya, who had earlier kept revived the hopes of the Indian fans during the 1st ODI. Consequently, they went on to play excellent innings as they were both smashing the Australian bowlers. Hardik scored 92* in 76 whereas Jadeja smashed 66* in just 50 balls. Their 150-run partnership had helped India put up a total of 302-5 on the scoreboard to set a target of 303 runs for Australia.

India’s score wasn’t something huge as Australia had scored 350+ runs in the first two ODIs itself. However, the Indian bowlers could cause trouble to the Australians as they were missing one of their key openers i.e. David Warner. So, Aaron Finch and Marnus Labuschagne opened the innings for Australia. However, in the 6th over itself, Labuschagne (7 in 13) lost his wicket to T. Natarajan. Consequently, Steven Smith (7 in 15) came to the crease but even he didn’t last much this time as he got out in the 12th over. As a result, Moise Henriques came in at 5 to support Aaron Finch now. He was settling in well with Finch as the duo was trying to build a partnership.

However, in the 23rd over, Thakur struck once again to dismiss Henriques (22 in 31). Just 2 overs later, Finch (75 in 82) also got out. Now, Cameron Green and Alex Carey were on the crease. All hopes were on them but Green (21 in 27) soon got out in the 31st over. So, Glenn Maxwell came in at 7 to help his team win the match. He started off slow but got a great tempo soon as he was thrashing the Indian bowlers. In the 38th over, Carey got out but that didn’t seem to affect Maxwell. He kept on playing his brilliant knock alongside Ashton Agar who was also playing some really good shots. Finally, in the 45th over, Bumrah dismissed Maxwell (59 in 38) to get India back into the game.

A well deserved Man of the Match award for @hardikpandya7 for his unbeaten knock of 92.#AUSvIND pic.twitter.com/KOH2yA7tIW

After that, the Australian players just collapse to help India clinch an easy victory. Shardul dismissed Abbot (4 in 9) in the 47th over whereas Natarajan dismissed Ashton Agar (28 in 28) in the 48th over. Bumrah took the last wicket of the game with 3 balls remaining as he dismissed Zampa (4 in 7). As a result, India won the match by just 13 runs. They had finally defeated Australia at their home ground to not get whitewashed in the series. Hardik Pandya won the Man of the Match award for his excellent and unbeaten knock of 92 runs in just 76 balls. Anyhow, now they will be up against Australia in the Dettol T20I series that will be beginning on 4th December. So, can Australia get another series win or will India make a comeback to win the Dettol T20I series?