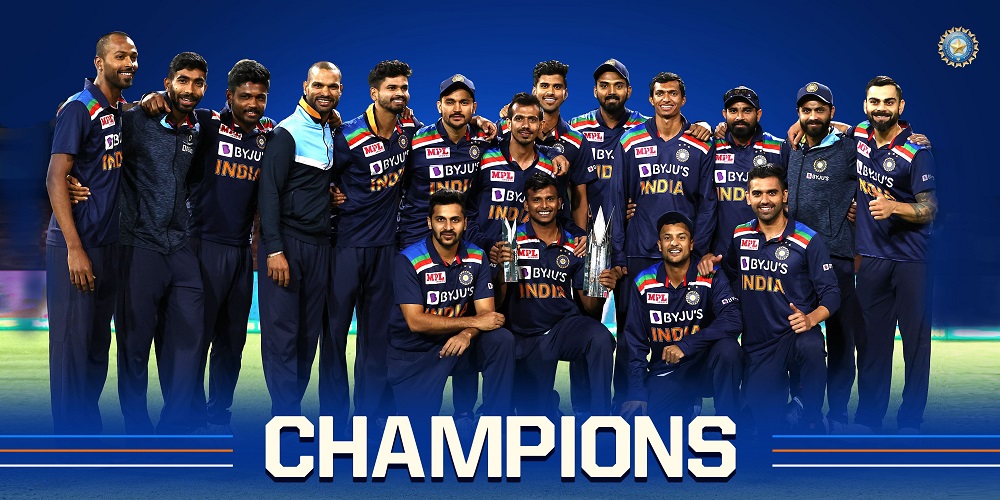 India didn’t quite get the start to their Australia tour as they expected as they lost the Dettol ODI Series. However, they made a good comeback as they won the final ODI as a consolation. After that, they went on to win the Dettol T20I Series as they got victory in back to back matches against the hosts. With that, their claim over the trophy was confirmed. Anyhow, it was now time for the third and last T20I of the series. India had a chance to whitewash Australia at their own home ground just like they did back in 2016. On the other hand, Australia would try all they could to win at least one match from the series. So, it was surely going to be an interesting match.

The match began as India won the toss and opted to bowl first. The Indian skipper Virat Kohli knew his boys had played really well when they bowled first last time. He wanted to restrict the hosts to a low total and hence, he chose to bowl first. Consequently, the match began, and in the 2nd over itself, India got their first wicket as Washington Sundar dismissed Aaron Finch. Consequently, Steven Smith came in at 3. However, Matthew Wade was unaffected by Finch’s dismissal. So, he played his innings calmly in a composed manner and managed to get some good shots. Steven Smith was also settling in slowly. As a result, the duo managed to get 51 runs from the powerplay after a loss of only 1 wicket. Their partnership continued and they were looking strong until the 10th over when Smith (24 in 23) got out.

So, Glenn Maxwell came to support Matthew Wade from the other end. He played really well and built a neat partnership of 90 runs in just 52 balls before Wade (80 in 53) got out in the 19th over. Maxwell and Wade had done a great job and given a boost to the Australian innings. In the very next over i.e. the last over, Maxwell (54 in 36) lost his wicket to T. Natarajan. However, that was not it as in the last over, D’Arcy Short (7 in 3) got run out. Consequently, Moise Henriques (5 in 2) and Daniel Sams (4 in 2) finished off the first innings for their team. They managed to get their team to a total of 186-5 with some excellent shots in the last over.

Now, India needed to chase 187 runs if they wanted to repeat their historic series win of 2016. So, Shikhar Dhawan and KL Rahul opened the innings for them as usual. However, in the first over itself, KL Rahul (0 in 2) got out as he gave away an easy catch to Steven Smith. As a result, Virat Kohli came to the crease to support Dhawan now. He settled in really well as they managed to defend their wicket and even score some good boundaries from the powerplay. At the end of the powerplay, they had scored 55 runs for their side at a loss of 1 wicket. They were looking good but then, in the 9th over, Dhawan (28 in 21) got out. As a result, Sanju Samson came in at 4. However, soon Samson (10 in 9) also got out in the 13th over.

Now, Shreyas Iyer came to the crease to support his captain Virat Kohli. But, in the very same over, Iyer (0 in 1) got ducked on his first ball. As a result, Hardik Pandya came in at 6. The 27-year-old all-rounder smashed 20 runs off 13 balls but then lost his wicket to Zampa in the 18th over. In the very next over, Virat Kohli (85 in 61) also got out. Consequently, now Washington Sundar and Shardul Thakur were on the crease and India needed 36 runs in 11 balls. They tried all they could but were not able to achieve it. Sundar (7 in 6) got out in the last over and Shardul (17* in 7) managed to get India to as far as 174-7 along with Deepak Chahar (0* in 0). As a result, India lost the match by 12 runs to the hosts.

Talking points from the Dettol T20I Series: Australia vs India:

However, on a happy note, India had won the Dettol T20I Series against Australia. Mitchell Swepson won the Man of the Match award for his excellent 4-over spell. He took 3 crucial wickets after giving away just 23 runs. On the other hand, Hardik Pandya won the Man of the Series award for his outstanding performance throughout the series. He hadn’t bowled at all but his batting skills won him the award. Anyhow, now both the teams will be looking forward to the test series. India will be locking their heads with Australia for the Border-Gavaskar Trophy from 17th December. So, stay tuned for more updates.