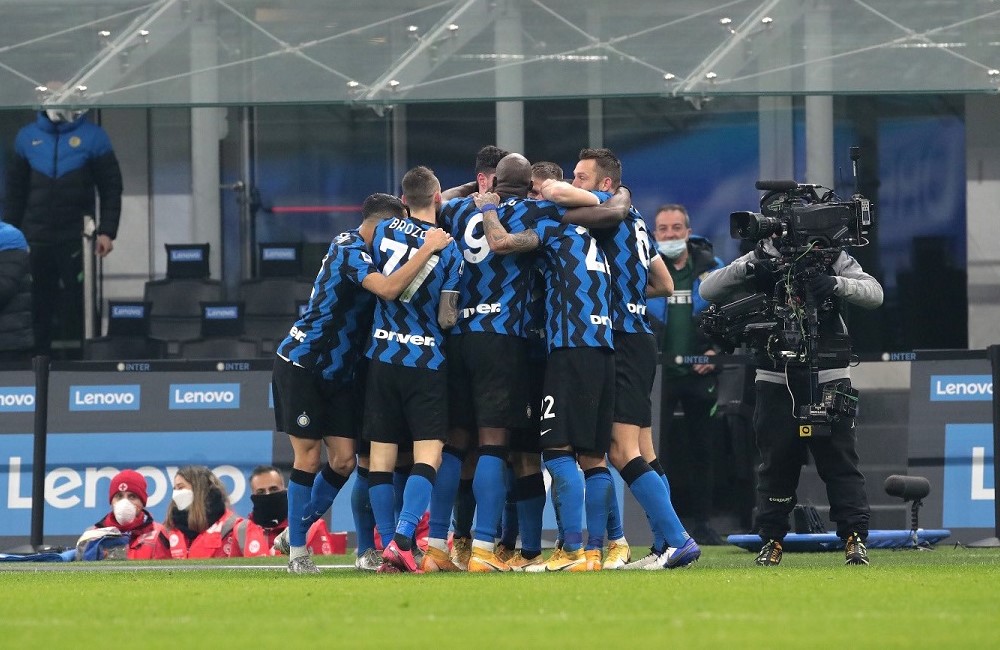 Inter Milan hosted Juventus at the San Siro to play their 18th game of the season. Inter made only a single change to their playing XI that earned a 2-2 draw with Roma last time out. Ashley Young was coming in to replace the left-back Darmian. On the other hand, Juventus made four changes from their 3-1 win in the league over Sassuolo 7 days ago. Chiellini replaced Demiral whereas Pirlo picked up Rabiot and Ramsey over Arthur and McKennie in the midfield. The final switch was enforced as an injury to Dybala that saw Morata in the starting 11.

This was going to be the 175th match in Serie A between Inter Milan and Juventus. The Bianconeris had 84 wins against Inter- a record of victories for a team against a single opponent in the Italian top-flight. Juventus were the only team against which Inter had not been able to win any games in Serie A since the start of 2017. The latter had 2 draws and 5 defeats against the defending champions.

The match began as Juventus kicked off and they were trying to dominate possession over the hosts. However, they ended up giving away the ball whenever they surpassed the midfield. The Inter Milan defense was as standing tall and good as a wall. Juventus broke the wall in the 10th minute of the game as Ronaldo scored a goal. However, the referee flagged the Portuguese captain for being in an offside position. On the other hand, Inter Milan led a counter got a lead from Arturo Vidal as he met a beautiful cross from N. Barella and headed it into the left corner of the post beating the Juventus keeper.

After the lead, Inter Milan was just dominating the possession for a while with some good attempts for testing the Juventus keeper. In the 23rd minute, Martinez blazed over the post, Lukaku curled a shot towards goal from outside the penalty area following a counter-attack which forced a fantastic diving save from Szczesny. Martinez was the closest to follow up the opportunity but the striker somehow managed to send his shot high over the crossbar.

Inter Milan with continuous attacks kept the Juventus defense and keeper busy. Consequently, the first half ended with Juventus defender Bonucci being booked with a yellow for making a clumsy tackle on Martinez to slow down Inter’s attack. Anyhow, Inter Milan were now in a 1-0 lead over Juventus at the half time interval.

As the second half began, Inter Milan continued their domination over Juventus. In the 52nd minute, Barella doubled Inter’s advantage. Bastoni sprayed a sweeping pass down the pitch for Barella to latch onto. The latter then brought possession into the penalty area ahead of Frabotta. Finally, he slotted his finish high into the roof of the net to make the score 2-0. Then came the first switch for Juventus as they replaced Ramsey by Kulusevski and Rabiot by McKenzie. Ashley Young was then booked for holding onto the ball after the referee had awarded a free-kick to Juventus despite his protestations. Martinez drove towards the goal putting Chiellini off balance in the process before curling a shot towards the far post that missed by a few inches.

Juventus attacks were not fast enough to cut the deficit in half. They allowed Inter Milan to get back into their defensive shape far too often. It was a poor show from the visitors as even Ronaldo failed to make a nuisance of himself. Inter Milan was doing well to hold onto possession in the closing stages of the match keeping Juventus’ attack at bay. The half ended as Inter Milan totally dominated the game and they gave Juventus no chance to take lead or equalizer.

Inter Milan had beaten Juventus in Serie A for the first time since 2016. Vidal and Barella found the back of the net en route to an important victory. They climbed up the points table with this glorious win over the defending champions. Anyhow, Inter Milan now have six days off before they travel to face Udinese next Saturday. Juventus, on the other hand, are in action on Wednesday in the Italian Supercup against Napoli. Talking about Serie A, they’ll be hosting Bologna next Sunday.