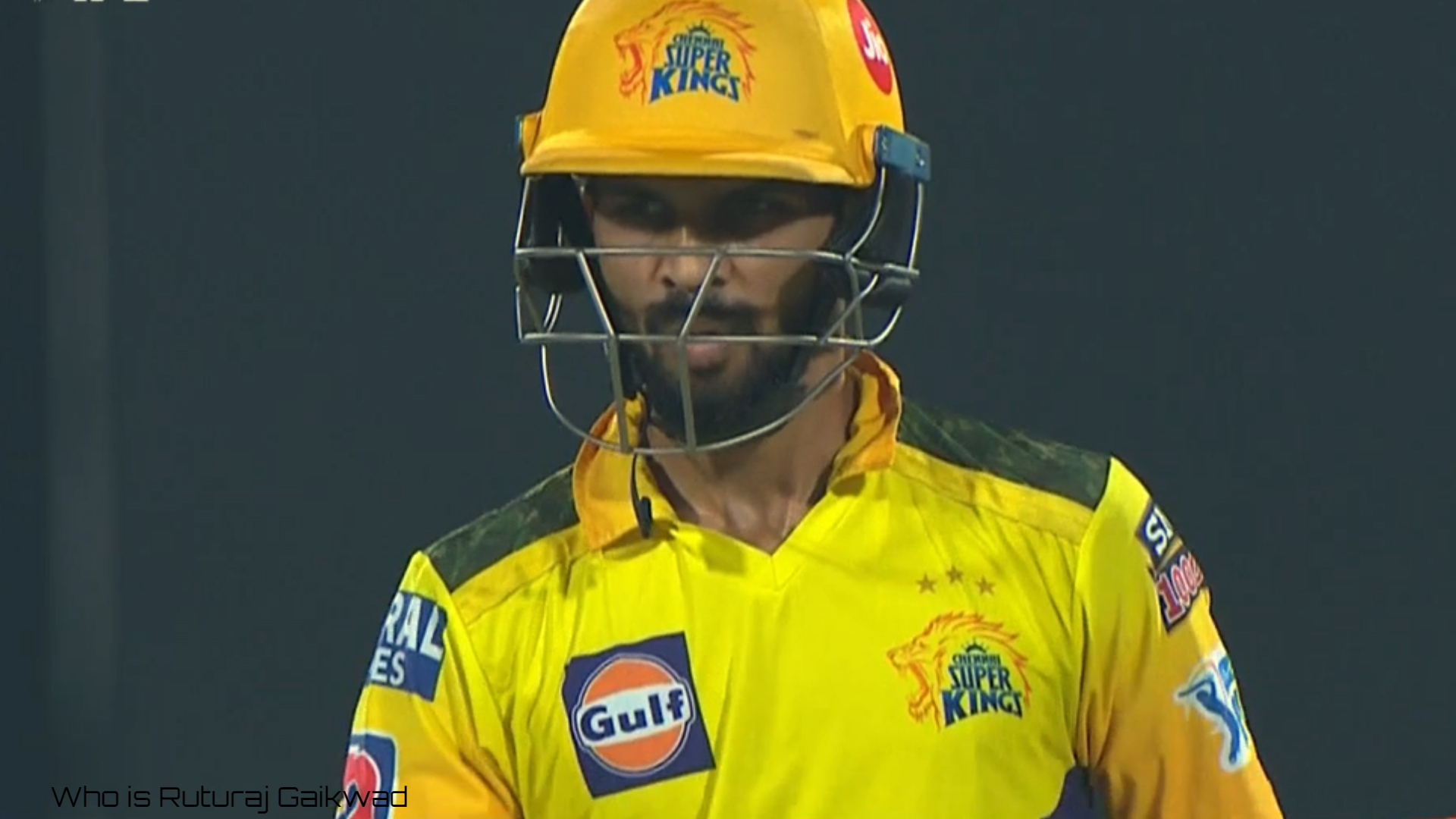 Who is Ruturaj Gaikwad?. If you witnessed the last game of Chennai Super Kings against Rajsthan Royals then you must be eager to get the answer to this question. Although Chennai lost the game and Rajsthan kept the hopes alive for the playoffs, Ruturaj’s phenomenal contribution can not be brushed aside. For those who completely feel at sea with the name, we have got you covered. The focal point of the article is this youngster, who has made his presence felt not only in Domestic but in International Cricket as well. With a variety of creative shots in his bag once again he has proved his mettle to get where he is now. He is capable of hitting the ball as far as the eye can see and yet decently rotating the strike.

Hailing from Pune, Maharashtra, Ruturaj Gaikwad plays for Maharashtra itself in domestic cricket. We do not get to see many names in Indian Cricket from Pune to represent India Internationally. In 2019 Kedar Jadhav became the first player from Pune to get selected in the World Cup squad. But looks like we have got another name to add to the list. Rituraj Gaikwad has already made his international debut for India in July this year. He was included in both the ODI and T20 squads for the Srilanka series. However, he never made it to the playing XI for the 3 ODIs but for the second T20, he opened the innings with Shikhar Dhawan.

Who is Ruturaj Gaikwad?

Most of us might know Ruturaj Gaikwad from the last season of the Indian Premier League but that is not from where he started. His first-class debut for Maharashtra in Ranji Trophy came in 2016. The following year he got selected for the Inter-State T20 Tournament and then made his debut for Maharashtra in Vijay Hazare Trophy. Although he played just one match he impressed the selectors with his 132 off 100 deliveries. It wasn’t until 2018 Ruturaj Gaikwad was named in India’s squad B for Deodhar Trophy. This came as an opportunity for him to play with and against some of the quality Indian players. 2018-2019 season turned out to be in his favor as not only he got into India A squad but also he scored unbeaten 187 off 136 in the first game and 125 in the next game as well.

For IPL 2019 Chennai Super Kings bought him in the player auction for the base price of 20 lakh. After Suresh Raina withdrew his name due to personal reasons in 2020 he got to make his IPL debut. He was named in the playing XI to fill in Raina’s shoes. In 6 matches he scored 204 runs with a strike rate of 120.71. In the 2021 edition, however, he has represented CSK in 12 matches so far. With an average of 50 and a strike rate of 140.33, he has notched up 508 runs.

In match 47 of the UAE leg of IPL 2021, despite CSK’s decent 189 runs (highest total in UAE leg so far) on the board RR handed them their third defeat of the season. Things did not seem to be in Chennai’s favor as a team but the world witnessed some top-class knocks from the players. “Sir” Jadeja’s brilliant 32 off 15 balls was the highlight at Abu Dhabi but 24-year-old Ruturaj Gaikward’s unbeaten maiden IPL century stole the show. This historic moment for him came on the last ball of the innings as he smashed the ball in the stands for a six.

The current orange cap holder with the most runs in the tournament is CSK’s opener Ruturaj Gaikwad. He surpassed the Punjab Kings skipper K.L Rahul to stamp his authority as the leading run-scorer of IPL 2021. It would not be wrong to say that he is a promising talent and has a long way to go. After his heroic run shower at Abu Dhabi, Twitter was all praises for Maharashtra Boy. Former Indian cricketers like Virendra Sehwag and Kris Srikkanth tweeted congratulating and warning the world about his ability and potential. As Chennai has qualified for the playoffs there is a strong chance that he will take the orange cap home. Yes, it is Ruturaj Gaikwad. Remember the name.!

Remember the name.#RuturajGaikwad.
Special player, made for greater things. Matter of time before he dominates World Cricket. #CSKvsRR pic.twitter.com/XPp69w9tgE