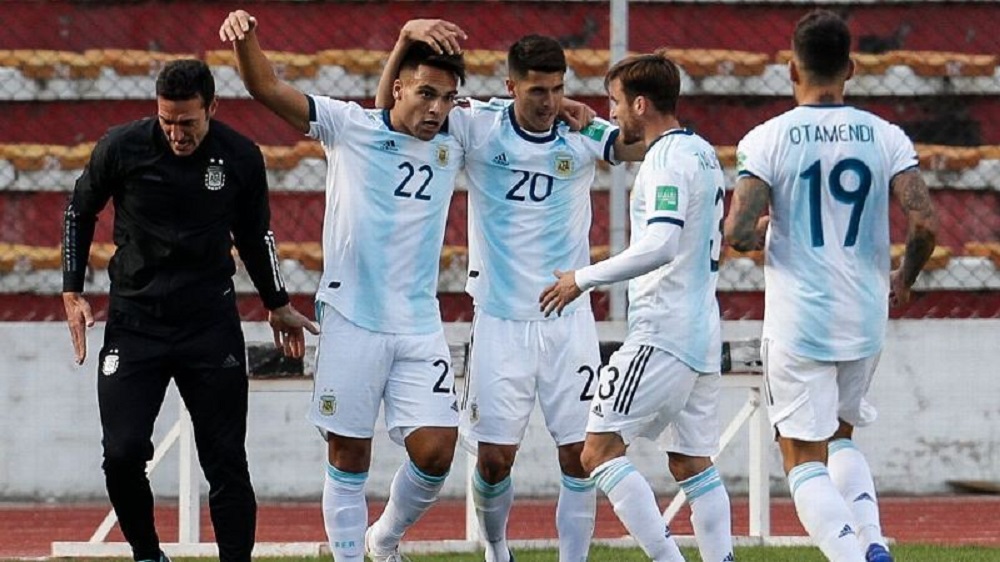 It was matchday 2 for the 2022 Qatar FIFA World Cup Qualifiers in South America and everyone was excited. Argentina was going up against their northern neighbors Bolivia. It was going to be an interesting match as Bolivia had been dominating Argentina for the past 15 years at their home ground. So, everyone was pumped up to see if the La Seleccion could break this losing-streak at Olympic Stadium Hernando Siles. The lineups for both the teams were as given below:

Their manager L. Scaloni went with the classic 4-3-3 formation with Ocampos, Lautaro Martinez, and Messi as the forwards.

Their coach C. Farias went with a formation of 4-4-2 with Saucedo and Moreno as the striking pair.

The referee blew the whistle and Argentina kicked off. In the early minutes, it seemed like Argentina did not have the passion or were not putting in much effort. As a result, Bolivia were creating attack again and again and were attempting shots on the goal. However, they were not able to convert those shots. But, fortunately, in the 24th minute, Moreno scored the first goal for the hosts with a beautiful assist from Chumacero. After that, Argentina seemed to have got alert as they started pressing on their opponents. They were trying to somehow get the equalizer. Lucky for them, Lautaro Martinez made that happen. Martinez had dribbled past two defenders and attempted a shot. The shot was stopped by Carrasco but while clearing the ball, Lautaro intercepted Carrasco’s shot. The shot hit Martinez’s foot and went directly into the goal past the goalkeeper.

As a result, the score at the end of the first-half was 1-1. Now, it would be interesting to see who would take the 3 points from the game. The second-half began and both the teams were trying their best to score and take lead. In the 74th minute, Lautaro had a one-on-one chance with Lampe but the latter made an excellent save. However, Argentina still had the final laugh as Joaquin Correa who came in as a substitute for Ocampos scored a goal in the 79th minute. The three forwards- Messi, Martinez, and Correa linked up brilliantly to score the goal. Messi put a grounded through ball to Martinez who then set up the shot for Correa. Correa smashed the ball past the goalkeeper into the back of the net. With that, Messi and his Co. won the 2nd match of their World Cup Qualifiers.

Points to be noted from the win against Bolivia:

The La Seleccion finally ended Bolivia’s 15-year unbeaten run at home against themselves. Even though they seemed to be a little sloppy in the early minutes, they had made up for it in the second half and with the two goals. This victory also led to Argentina reaching the top of the points table. Now, Brazil’s game against Peru will decide if Argentina will be able to maintain its position or not. Until then, the Argentinian players will now be heading towards home happy after their 2 wins as their international break is over.