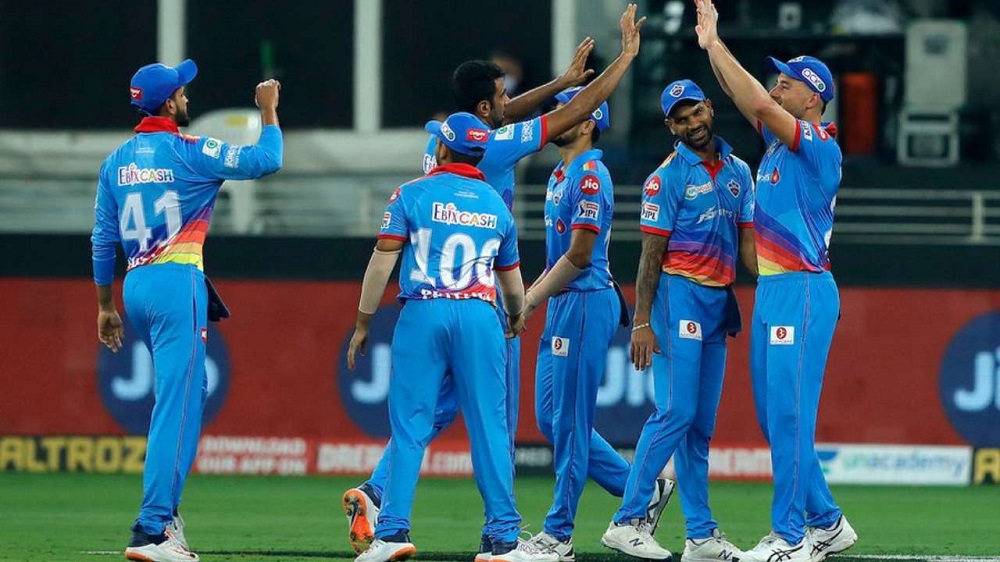 We have reached the 19th match of IPL 2020 and it was nothing short of a roller coaster ride. Delhi Capitals were going up against Royal Challengers Bangalore as both teams were playing their 5th match. It was definitely going to be an interesting fixture because both the teams had excellent batting as well as bowling line-up. However, there was a change in both the teams as Siraj and Ali were coming in for G. Mann and Zampa whereas for DC R. Ashwin was going to replace Amit Mishra. The teams were tied on the points table with 3 wins each. However, Delhi Capitals had the upper edge due to their net run-rate. Today’s match was going to decide who will be on the top of the points table to take Mumbai Indians’ position. So, let us see what happened in the match.

RCB won the toss and chose to bowl first. Their skipper Virat seemed confident and wanted to restrict the Delhi Capitals to a low total so RCB could chase easily. However, Delhi Capitals started off well as Prithvi Shaw and Shikhar Dhawan were smashing the RCB bowlers. Unfortunately, in the 7th over, Siraj dismissed Shaw (42 in 23). But, then came Shreyas Iyer who played an excellent innings in his previous match. In the 10th over, Dhawan (32 in 28) was sent back to the pavilion and after him, Iyer (11 in 13) was also dismissed in the 12th over.

However, now Rishabh Pant and Marcus Stoinis were on the crease and were a huge threat for RCB. Pant thrashed 37 runs in 25 balls until he got out in the 19th over. Stoinis, on the other hand, hit 53 in just 26 balls whereas Shimron Hetmyer scored 11 in 7. As a result, the Delhi Capitals were able to get their total to 196-4 in the 20 overs. They had put up a target of 197 and it was surely not going to be an easy chase for RCB with the huge boundaries in Dubai.

For Royal Challengers Bangalore came Devdutt Padikkal and Aaron Finch to open the innings. However, Ashwin dismissed the young talent Padikkal (4 in 6) in the 3rd over itself. In the very next over, Axar sent Finch (13 in 14) back to the pavilion. After that, Virat Kohli and AB de Villiers were on the crease. But, unfortunately, De Villiers (9 in 6) got out early in the 6th over itself. As a result, Moeen Ali came to support Virat Kohli. Now, all the hopes were on the RCB skipper Kohli as the fans were expecting a miracle from him. However, Ali (11 in 13) got dismissed in the 11th over.

Sadly, for the RCB fans, the match got over in the 14th over as Kohli (43 in 39) got out. Kohli was playing well but Rabada outsmarted him. Then, Shivam Dube and Washington Sundar came to the crease. But, Sundar (17 in 11) also got out in the 16th over. To take Sundar’s position came Isuru Udana. Soon enough, Rabada also dismissed Dube (11 in 12) who paved the way for Navdeep Saini. After that, the entire team just collapsed as Udana (1 in 3) and Siraj (5 in 4) also got out in the 18th and 19th over respectively. Royal Challengers Bangalore were only able to put up 137 runs on the scoreboard in their 20-over innings. They had lost to Delhi Capitals by a huge margin of 59 runs.

Axar Patel is adjudged the Man of the Match for his brilliant bowling figures of 2/18 against #RCB.#Dream11IPL #RCBvDC pic.twitter.com/bI0llYqeKs

Delhi Capitals all-rounder star Axar Patel was recognized as the Man of the Match. He was awarded for his brilliant spell of 2 wickets in 4 overs as he just gave away 18 runs. He took important wickets which were of Aaron Finch and Moeen Ali. Kohli was definitely disappointed by his team’s loss but he took it sportingly. He appreciated Shaw and Stoinis’ knock saying that they made a huge impact on today’s game. He also said that they are hoping Chris Morris will be in the squad for the next match and so, they will be returning stronger. On the other hand, Iyer was happy to have got the 4th victory out of just 5 matches that they have played. However, now they will be focusing on their next match i.e. against Rajasthan Royals. On the contrary, RCB will be locking horns with Dhoni-led CSK in their next fixture. But for now, Delhi Capitals can enjoy as they are on the top of the points table.