Kingdom Of Night Release Date- Hunt Down The Dangerous Demons 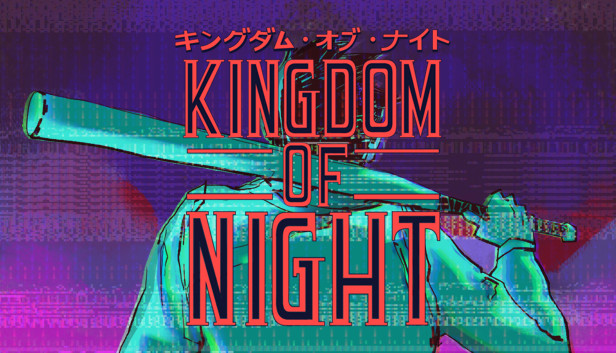 Today, In this article, we will be talking about the all-new game ‘Kingdom of Night’ release date and details of this exciting game. It is an action role-playing game. There will be two modes, which are the single-player mode and multi-player mode. This superb and impressive game will include a superb and classic gameplay style. Let’s talk about the gameplay and story behind this fantastic game.

In the game, there will be dangerous demons which the player will have to hunt down. You will have to save the town of Watford in the game. There will be an isometric theme of the ’80s in the game. This action role-playing game will include an open-ended quest system with an interconnected map. This game is all about true love, cosmic horror, and coming of age. In 198X, One night, a cruel cult unconsciously processes the ancient evil, Baphomet in the small town of Watford, Arizona. They try to send the town into chaos.

John awakes at night. He sees the kidnapping of his neighbor. He tries to fight the demonic invasion and save his friends before the situation becomes too dangerous. Now, In the game, the player will take control of the character ‘John’. The game includes thrilling and terrifying experiences. The player will be on an adventure that includes the last night of everyone in this world. In the game, the player will encounter Demon lords, High school bullies, Afflicted townsfolk, Unearthly evils, and a torrent of engaging, side stories which will be combined in a fantasy-like larger than life. It results in the ultimate evil that will bring to the neighborhood near you.

The player can shape the character using the skill tree. It consists of three branches and each branch will contain ten different talents. The player can spend the points on these three branches. The player will be able to cross over to the upcoming branch when they clear level 10 of the first branch. It will allow the player to customize the playstyle in the game. The player will find and get unique types of equipment, hidden items, and random drops throughout the town. You can play this game with your friends also with the help of Co-op mode.

Well, we do not know the exact date but the game ‘Kingdom of Night’ will be released in 2021. The developer and publishers of the game are Black Seven Studios and DANGEN Entertainment respectively. This game will release on various platforms, which are Nintendo Switch, PlayStation 4, Xbox One, Microsoft Windows, and Macintosh Operating Systems. An announcement trailer of this Fabulous game is released. Stay tuned for the next update.