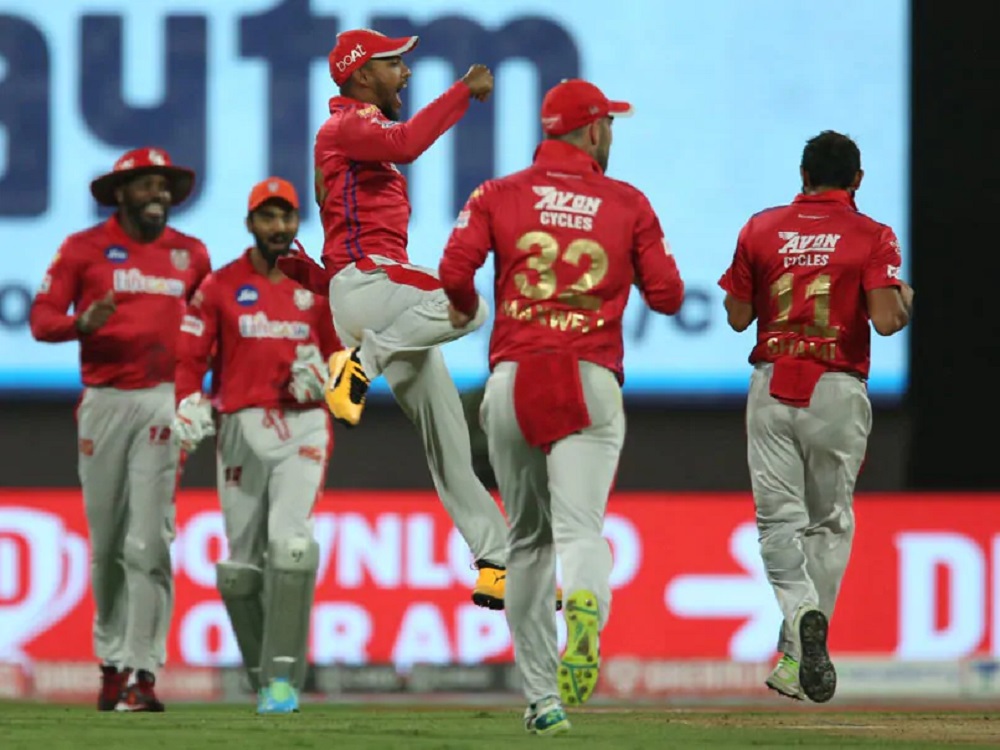 Kings XI Punjab beat Kolkata Knight Riders to feature in the Top 4 of the points table.

Kings XI Punjab has faced many ups and downs in IPL 2020. They did not get a quite great start like they must have expected. Instead, they were in terrible form as they won only 1 match out of their first 7 matches. They were at the last position in the points table with only 2 points after the first half of IPL 2020. However, they made a brilliant comeback in the second half of the tournament to move up the ranks in the points table. They were in the 5th position after 11 matches and were now getting ready to play Kolkata Knight Riders who were just 2 points ahead of them in the 4th position. So, it was going to be an interesting clash as we would get to see whether KKR would maintain their position or KXIP would move up to the Top 4.

Kings XI Punjab won the toss and their captain KL Rahul opted to bowl first. This decision proved really good for them as in the first over itself, Glenn Maxwell dismissed Nitish Rana (0 in 1). In the very next over i.e. the 2nd over, Mohammed Shami also struck to dismiss Rahul Tripathi (7 in 4). In the very same over, Shami dismissed Dinesh Karthik (0 in 2) to collapse the opening order of KKR. Now, Shubman Gill was on one end of the crease and finally KKR’s skipper Eoin Morgan came to the crease to support Gill from the other end. Morgan brought stability to KKR’s innings as he smashed 40 runs in just 25 balls before getting out in the 10th over. He built a massive partnership of 81 runs in just 47 balls with Shubman Gill.

Now, Sunil Narine came in at 6 to bat with Gill. However, in the 11th over itself, Narine (6 in 4) also lost his wicket to Chris Jordan. Then, everyone was shocked as Morgan sent Kamlesh Nagarkoti to the crease ahead of Cummins and Ferguson. Nagarkoti (6 in 13) wasted a few balls before getting out in the 15th over. Then came Pat Cummins to give the KKR innings a boost. However, nothing of that sort seemed to happen as Cummins (1 in 8) lost his wicket to Bishnoi in the 16th over. After that, the KKR lineup just collapsed as Gill (57 in 45) got out in the 19th over and Chakravarthy (2 in 4) got out in the 20th over. However, Ferguson helped KKR to get to a total of at least 149-9 as he smashed 24* in just 13 balls.

KKR had set a target of just 150 runs which was not much for KXIP who had one of the best batting line-ups of IPL 2020. However, even they were seen struggling in the previous game and KKR had some really good bowlers. So, the target of 150 also seemed good enough. So, KL Rahul and Mandeep Singh opened the innings for KXIP. They started off slow but played decent as they knew they needed to save their wickets and play carefully. The duo built a good partnership in the powerplay to score 36 runs without losing any wicket. However, after the powerplay in the 8th over, Chakravarthy got KKR its first breakthrough as he dismissed KL Rahul. As a result, Chris Gayle came to the crease.

Rahul’s dismissal did not seem to affect Gayle as he went for big shots from the very first ball that he faced. In fact, seeing him even Mandeep Singh started to go for boundaries. Gayle hammered the KKR bowlers to score 51 runs in only 29 balls. After that, he got out in the 19th over. He had helped his side reach really close to the target. However, he was not able to help them finish the chase. But, soon Nicholas Pooran (2* in 3) came to end the chase with Mandeep Singh (66* in 56) in 18.5 overs. Kings XI Punjab had won yet another match with 8 wickets.

The Universe Boss is adjudged the Man of the Match for his quickfire half-century 🔥🔥#Dream11IPL #KKRvKXIP pic.twitter.com/ttt2ZGSHqS

Chris Gayle won the Man of the Match award for his powerful knock of 51 runs in just 29 balls. The 41-year old’s innings had helped KXIP to reach the target sooner as he made it easy for them. Mandeep Singh also made a great impact as he played a well-settled innings to luft the pressure off his team. With this win, Kings XI Punjab have now moved above Kolkata Knight Riders in the points table. KXIP is on the 4th whereas KKR is now at the 5th position in the points table. However, neither of the two have qualified yet. Both of them have 12 points but KXIP is above KKR only because of their net run-rate.

From here, KXIP cannot afford to lose if they want to qualify for the playoffs. They will have to win the rest of the two matches without making any slip-up. Even if they lose, they will have to make sure that their net run-rate is still good. Besides, they’ll also have to hope that KKR loses too. KKR, on the other hand, needs to do the same but they need to improve their net run-rate a lot. Otherwise, they will not be able to give competition to KXIP in qualifying. With that, KXIP will be now bracing themselves for their match against RR whereas KKR will be locking horns with CSK.