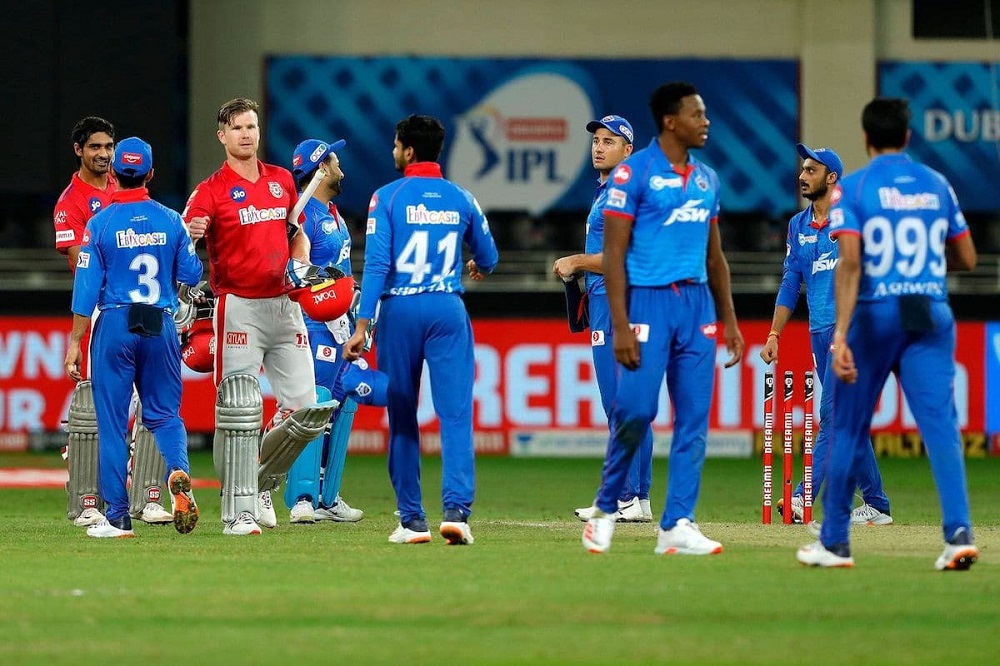 On Tuesday night, we got to see another thrilling match between Kings XI Punjab and Delhi Capitals. Delhi Capitals have been in sensational form this season as they had won 7 out of their 9 matches whereas Kings XI Punjab were exactly the opposite. They had only won 3 out of their 9 matches. It was going to be an interesting fixture because a top team was going up against a bottom team. Prior to this, Delhi Capitals had defeated Chennai Super Kings, which was another team at the bottom of the points table. On the other hand, Kings XI Punjab had defeated Royal Challengers Bangalore and Mumbai Indians in their previous matches. Both, MI and RCB were top teams with 2nd and 3rd position in the points table. So, everybody was excited about this fixture.

Delhi Capitals had won the toss and their skipper Shreyas Iyer opted to bowl first. So, Delhi’s opening duo Prithvi Shaw and Shikhar Dhawan came to the crease. They got a great start but soon in the 4th over, Prithvi Shaw got out (7 in 11). Then came Shreyas Iyer (14 in 12) to the crease who built a good partnership of 48 runs in 25 balls with Shikhar Dhawan. However, the former got out in the 9th over to the KXIP spinner M. Ashwin. After that, Rishabh Pant came to support Shikhar Dhawan from the other end. Dhawan was in excellent form. He had played some really good innings since the past few matches. In fact, in the previous match, he had hit a century and it seemed like he was in the mood for another one today.

In the 14th over, Glenn Maxwell dismissed Rishabh Pant (14 in 20). Then, Marcus Stoinis came in at 5 as the last 6 overs were remaining. However, the Australian all-rounder soon got out in the 18th over scoring just 9 runs off 10 balls. After that, Hetmyer came to the crease. Soon, Dhawan completed his second century of IPL 2020 to set the record of being the first player to score consecutive tons in the history of IPL. After completing his century, he just went for big shots. He wanted to give a big target to KXIP because he knew they had some excellent batsmen. However, along with Hetmyer, Dhawan only managed to get DC to a total of 164-5. Hetmyer (10 in 6) got dismissed on the last ball of the innings. Everyone applauded Dhawan for his wonderful knock of 106* in just 61 balls.

KXIP had to chase a target of 165. It was not a huge target for them as they had the best batsmen of IPL 2020. However, DC on the other hand had the best bowlers to defend that target. KL Rahul and Mayank Agarwal opened the innings for KXIP as always. They were off to a good start until the 3rd over when skipper KL Rahul (15 in 11) got out. Then came Chris Gayle (29 in 13) who smashed a few boundaries before getting out in the 6th over. Just 3 balls later, Mayank (5 in 9) also got dismissed by run-out due to lack of communication between him and Pooran. However, Gayle and KL had helped their side to score 57 runs in the powerplay after a loss of 3 wickets. Now, all hopes of the Punjab fans were rested upon Nicholas Pooran and Glenn Maxwell.

Pooran was hammering the DC ballers whereas Maxwell was taking it slow and defending his wicket. They were playing really well until the 13th over when Rabada dismissed Pooran (53 in 28). Then came Deepak Hooda to support Glenn Maxwell from the other end. Maxwell was still defending his wicket as after this they had no one else to bat except James Neesham. Deepak Hooda, on the other hand, was trying to get a run or two in every ball because KXIP only needed 40 runs in 45 balls. In the 16th over, Maxwell also got out. However, now Punjab only needed 18 runs in 24 balls. Neesham and Hooda soon finished the chase as Neesham smashed a six to win the match for Punjab.

Shikhar Dhawan is adjudged Man of the Match for his brilliant knock of 106*.#Dream11IPL pic.twitter.com/IMsogwSmst

It is quite rare that you get to see a player from the winning match being honored as the Man of the Match. Today was one of those days. Shikhar Dhawan was awarded the Man of the Match award for his extra-ordinary knock of 106* in just 61 balls. Nobody was even near his score from either DC or KXIP side. Now, Punjab had won their 3rd consecutive match. They had defeated the Top 3 teams of IPL i.e. RCB (3rd position), MI (2nd position), and DC (1st position). They climbed up to the 5th position in the points table to overtake Rajasthan Royals. Their team must be definitely looking forward to qualify for the playoffs. Even though they have won only 4 matches, they can qualify for the playoffs easily now.

'The Big Show' interviews Nicky P@Gmaxi_32 & @nicholas_47 see the funny side of mix-ups in the middle but are glad they ended up on the winning side. Also, they have a special message for their loving fans.

Either they win their upcoming 4 matches consecutively or win 3 matches and hope for the rest of the teams to fail. However, with a win in 3 matches, they will also need to increase their net run-rate. So, it will not be that easy for them either. Anyhow, Pooran and Maxwell proved today that KXIP can rely on their middle-order batsmen when needed. The two were also seen post-match as Maxwell interviewed the West-Indies batsman-wicketkeeper. Now, KXIP will be facing SRH in their next fixture whereas DC will be up against KKR.