La Liga: 5 Most Underrated Players Of The Spanish Football league

La Liga is famous for one of the most exciting rivalries in the history, Barca vs Real Madrid 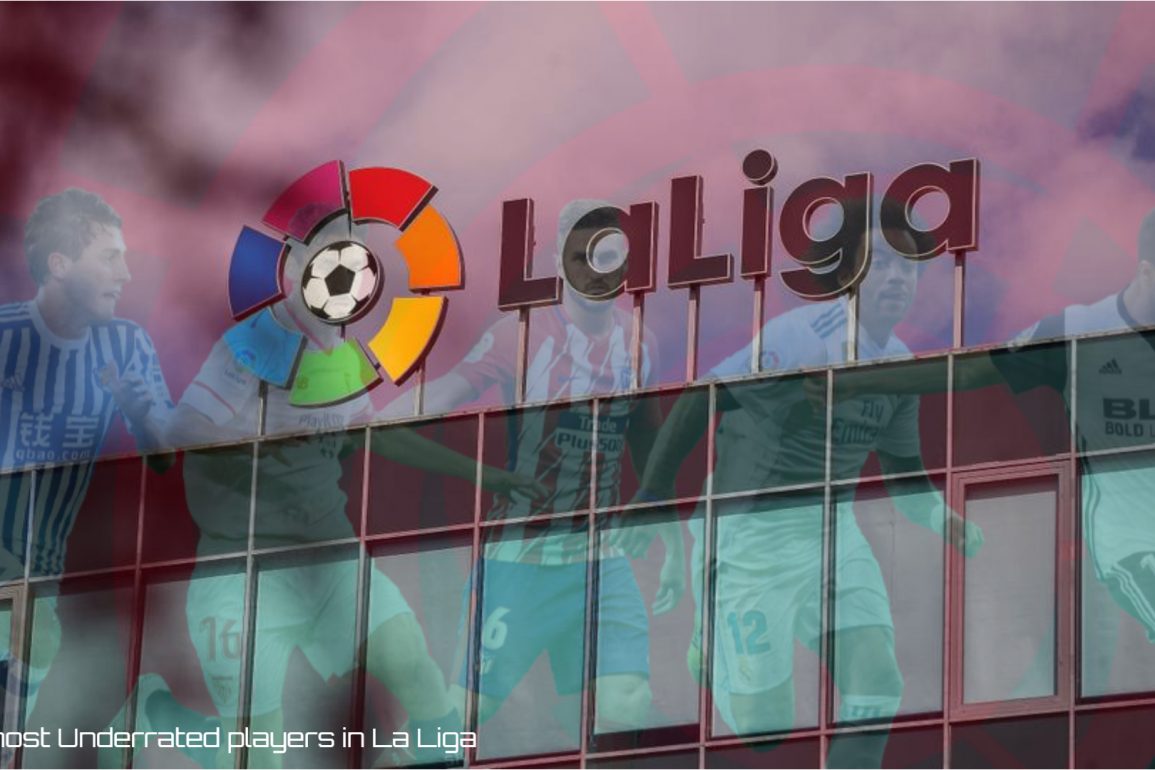 The focal point of this article is 5 of the most underrated players of La Liga. The Spanish Football League, La Liga is one of the most popular leagues in the world. To be honest, the reason being nothing but only and only some of the greatest rivalries in history. Yes, it has to be Barcelona vs Real Madrid or to be more specific Lionel Messi vs Cristiano Ronaldo. And without a doubt, such exciting face-offs draw a huge number of supporters and viewers. Although both of these players are no longer part of their respective former clubs still the clash is a big deal for Soccer fans. No matter what the decade is Messi -Ronaldo debate is not going to fade with time.

But aren’t these two the only names that a person with the least interest in the game would have heard of?. Even a casual soccer fan would not know the names of all those brilliant players from clubs other than Braca and Madrid. Just like any other League La Liga has got a long list of underrated players that are seldom credited enough despite their impressive performances. In this particular piece, we will talk about some of these players and their journey so far. The subsequent sections will cover the 5 most underrated La Liga players of all time. So without further ado, let us get going.

5 most Underrated La Liga players of all time

Many of you might support the National Argentina team or the Spanish football club Sevilla. But the name Ever Banega for a casual soccer fan might not strike you as an important player. Banega has been a classic midfielder and creates chances a lot. He’s the one who gets the ball in transition to set up the attack and is very good at that. He has won the League title, 2 Europas, The Copa Libertadores, The U-20 World Cup, and a Gold Olympic Medal. In La Liga, his numbers for both Valencia and Sevilla have been exceptional. But despite that, he has never been credited enough like players of the other clubs. Nor have the big teams or mainstream media acknowledged his abilities. Well known for his pace and accurate passing, Banega has the 9th highest key passes per minute in the Spanish League.

The Getafe wide man, Marc Cucurella plays for Getafe CF in the Spanish League La Liga. Before he was loaned out to Getafe he used to play for the popular club Barcelona. He hasn’t been that admiring before the current season but he always had that class that was never acknowledged by bigger teams. In the 21-22 season, Getafe resides at the last spot that is the 20th in the points table. But last season had been phenomenal for him as he attempted more than the highest number of pressures (771) across the season. Moreover, he holds the record of most successful pressures (235) in the Spanish league. Though he has gained admirers across the globe he still makes it to the 4th most underrated player of La Liga.

Angel Rodriguez is a Spanish footballer and player for the club Getafe. He joined in 2017 and scored a total of 13 times that year. Before that he used to play for Levante and Tenerife but he struggled in his initial years to deliver in the league. There was a time when amongst his 17 appearances across all leagues he failed to send the ball in the goalposts even once. With Getafe however, he has been doing really well and has grabbed Copa Del Rey’s top goalscoring honors during the 2018-19 season. But his ability to score in limited minutes has been brushed under the carpet by his initial flop start.

Talking about the underrated players of all time and not mentioning Rivaldo would be unfair. This Brazilian midfielder and an excellent second striker of his time never got the recognition he deserved. If anyone can be regarded as the perfect foil for the legend Cristiano Ronaldo it was him. Often known as the talisman for Barcelona he dominated the stage from the mid-90s to the early 2000s. History has a way with cruelty and the 2002 World Cup proved it.

Sergio Canales has to be the topmost underrated player of La Liga. Once a speedster at Real Madrid, Sergio got into one of the biggest clubs in Spain at the mere age of 18 years. He, however, could not justify his £4.5 million signing amount, and because of injuries and his poor form, he was passed by Real Madrid. In 2012 he was bought by Valencia than in 2013 by Real Sociedad but he was not able to leave his mark. It was not until his four-year contract with Real Betis that he finally started to make his presence felt on the field. Betis acknowledged his abilities and now he has extended his contract with the club till 2023. Despite constant rejections and poor form Canales never gave up. Alongside his positional awareness and versatility, one thing that adds to his range is his dribble ability.