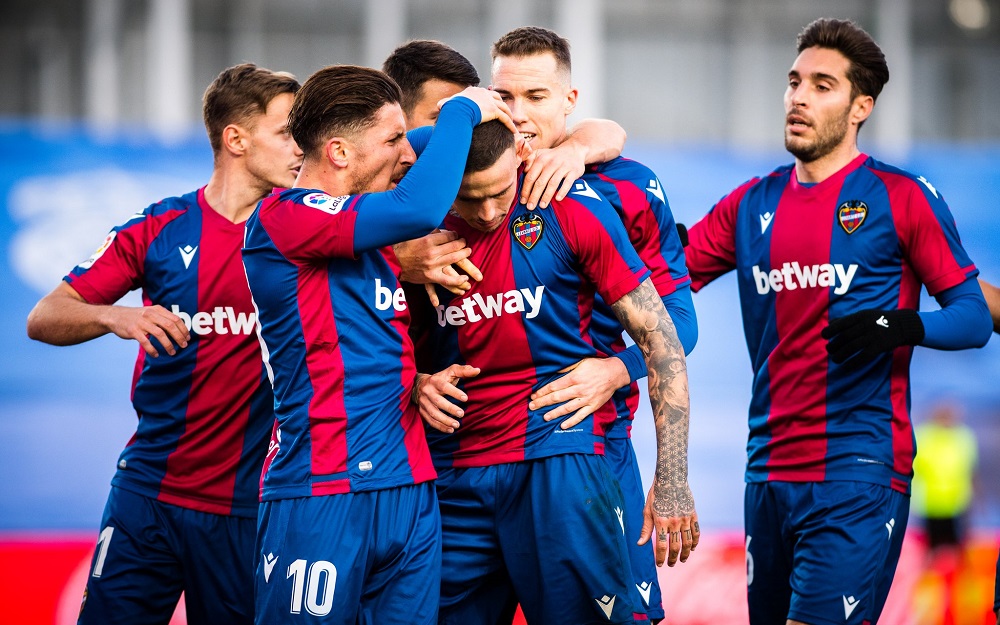 Levante faced Real Madrid yesterday in their 20th fixture of this season. It was going to be interesting as Real Madrid needed the 3 points to maintain their position in the points table. On the other hand, Levante could jump 5 positions above their current position to make it to the Top 10. The Los Blancos had won 12 fixtures, drawn 4, and lost 4 until now. However, it was not going to be so easy for them to win this match. They were without their manager Zinedine Zidane and skipper Sergio Ramos. Ramos was injured whereas Zidane was in quarantine after testing positive for COVID-19. Consequently, David Bettoni was going to be the head coach for this fixture. Anyhow, this match was going to be really thrilling and exciting.

The match began as Real Madrid kicked off and they were maintaining possession of the ball from the start. However, it seemed like Levante was looking forward to exploit the experience-lacking Real Madrid defense. So, they were putting pressure on the hosts and trying to create chances. Consequently, they got two really great chances in the 3rd and the 5th minute. But, the defenders and goalkeeper somehow managed to deal with it.

So, the start for the hosts hadn’t been really good. But, they didn’t know something worse was yet to come. In the 9th minute, the referee booked the Real Madrid defender Militao with a red card. Initially, the referee showed the defender a yellow card. However, after having a look at the VAR screen, the referee decided to give a red card. Militao had committed the foul when Leon had a clear goal-scoring opportunity. Hence, the match official decided to suspend him immediately.

Consequently, Real Madrid was reduced to 10 men in the opening 9 minutes itself. So, the situation for them had become worse from bad. However, they did not give up and immediately responded to the threat. In the 13th minute, Asensio scored a wonderful goal to give the hosts an early lead. Kroos set up Asensio in a brilliant counter-attack as the latter took a run from the half-line. As a result, now the hosts were leading by a goal.

But, it was only a matter of time before Levante would level the scores. In the 32nd minute, Jorge Miramon sent a great cross inside the box. Jose Morales used this opportunity as the Real Madrid defenders left him completely unmarked. He took a shot the first time to put the ball past Courtois to equalizer the score. After that, the match continued and both the teams were still looking for a goal. However, at the end of the first half was 1-1 with the hosts under immense pressure.

The second half began as both the teams were desperately looking for a goal now. Both wanted to win this match and the 3 points that came with it. So, they were trying their best to get a goal and hence, the lead. Levante was trying to create chances but Real Madrid stood strong in the defense. On the other hand, whenever the Los Blancos were getting into a goal-scoring opportunity, all the Levante players would fallback to their half to defend. As a result, both the teams were in an equal position. In the 62nd minute, Levante finally got a great chance in the form of a penalty. Vinicius Jr. made a clumsy challenge on Clerc inside the box. Consequently, the referee gave a penalty after having a look at the VAR. However, Roger Marti missed the penalty as Courtois made a great save.

The scores were still tied at 1-1 but Levante was looking much stronger and physically fit in the game. They had dominated the possession and were close to scoring a goal any minute. Finally, in the 78th minute, Roger Marti scored the winning goal for the visitors. Enis Bardhi got inside the box and passed the ball to Marti. The striker controlled the ball with his first touch and then smashed it straight into the goal. With this, the visitors won the game by a scoreline of 2-1. They climbed straight up to the 9th position in the points table. The Los Blancos however maintained their 2nd position but are now under threat as Barcelona has a chance to move above them in their today’s fixture.