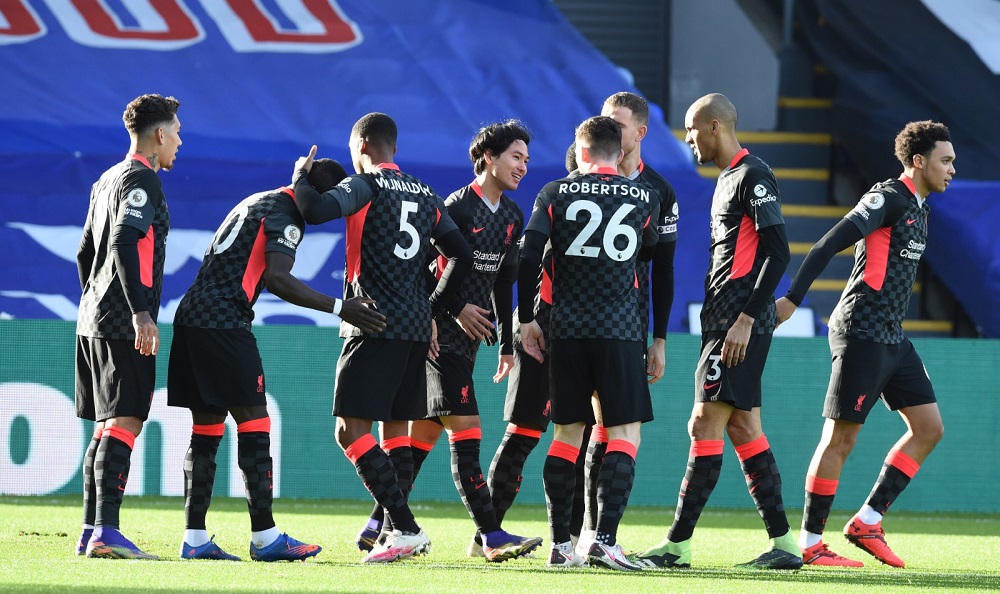 Liverpool crushed Crystal Palace with a score of 7-0 at their home to set another record.

Premier League is undoubtedly one of the most entertaining leagues in the footballing world. Not only is it entertaining because it consists of many top teams, but also it is quite competitive. However, the best part about it is that there are no favorites in it. Even the top teams get defeated by the bottom teams. As a result, the viewers are a fan of this league. Two days ago, the Premier League showed us yet another interesting fixture as Liverpool locked heads with Crystal Palace. The defending champions were in 1st place after they defeated their top rivals Tottenham Hotspur last week. On the other hand, Crystal Palace was in 12th place as they had won 5 matches, drawn 3, and lost 6. Consequently, it was going to be a really interesting match.

The match began as Liverpool kicked off and the Reds were looking to play their possession game. They got off to a great start as in the 3rd minute itself, Minamino scored the opener for Liverpool. However, this was just the start of a riot at the Selhurst Park Stadium. The match continued and both the teams were creating chances now and were looking for a goal. However, in the 35th minute, Liverpool once again found the back of the net as Sadio Mane got his name on the scoresheet. It was an excellent goal as he spun and shot the ball into the left side of the net. After that, just before halftime, Roberto Firmino scored the third goal for Liverpool in the 44th minute. As a result, the score at the end of the first half was 3-0 in Liverpool’s favor.

The second half began and now it felt like Crystal Palace had lost all hopes. As a result, in the 52nd minute, Jordan Henderson scored the fourth goal for the Reds. Now, this was a completely one-sided game. However, Liverpool showed no mercy as they scored 3 more goals. Firmino scored another excellent goal. Then, in the 81st and 84th minute, Salah got his name on the scoresheet twice as Liverpool humiliated Crystal Palace with an outstanding performance. Liverpool had defeated Crystal Palace with a score of 7-0. This was one of the most humiliating defeats in the history of the Premier League.

With this win, Liverpool increased their lead over Leicester City by 4 points. They are sitting at the top of the points table as they’ve won 9 matches, drawn 4, and lost 1. On the other hand, Crystal Palace fell down to the 13th position as they lost their 6th game of the season. Anyhow, they will be looking to bounce back in their upcoming fixture against Aston Villa. Liverpool, on the other hand, will be up against West Brom in their next matchday.