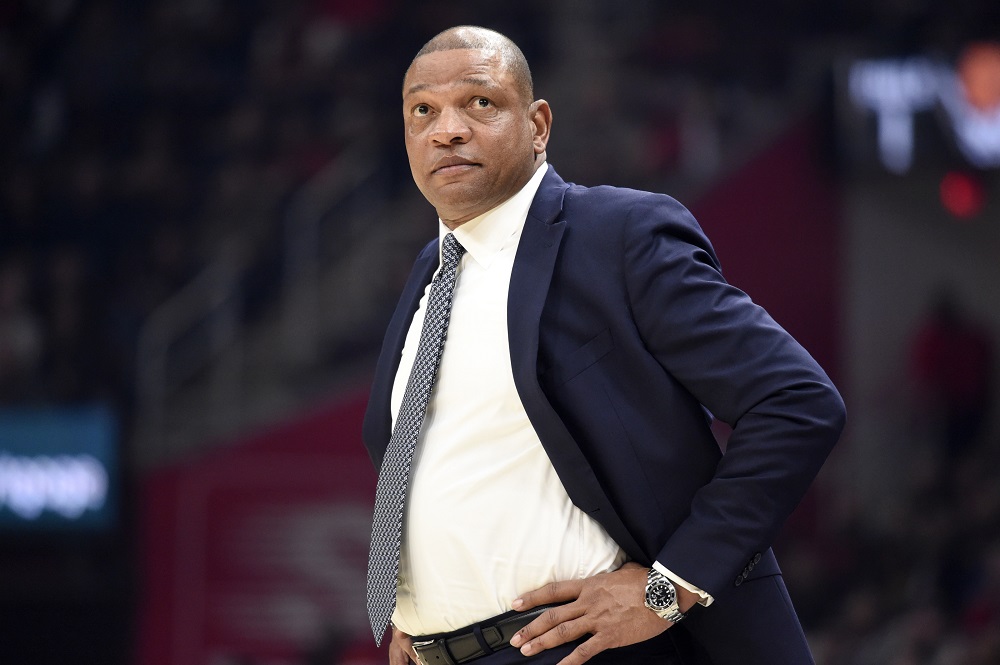 On Monday, Los Angeles Clippers confirmed that Doc Rivers is no longer the coach for the team. We do not know the cause for which he was fired. Many have been saying that they have come on mutual parting terms. Rivers has been working as the coach for the Clippers for the past 7 years. Clippers were eliminated in the NBA playoffs even after getting a lead of 3-1 against the Denver Nuggets. After this report started spreading, disturbances emerged between the team members and the point guards. There has been an intense quarrel between them.

Rivers stated that when he started working for the Clippers, all his focus was on winning a Championship. He thanked everyone in the organization and the fans who have supported him throughout. The 58-year old mentioned about the disappointing season the team had. He also accepted the responsibility for not being able to give out a clear vision. Rivers expressed all his feelings and how grateful he is through his social media account.

Why did the owner Steve Ballmer want Doc Rivers out?

Lawrence Frank, the president of Basketball Organisation and Rivers have history since way back. So, one day Steve Ballmer, the chairman of the Clippers decided to trade Paul George for Kawhi Leonard. For a second opinion, Rivers was his choice. Rivers agreed to the trade after which the management altered the whole franchise of the team. After the championships came into the picture, Rivers started talking about how Lawrence Frank will be getting fired. Rivers has also failed the Clippers and many organizations around him did not want to work with him predicting he would fail.

However, Rivers rose to fame when he fought against Donald Sterling’s racist remarks. Everyone considered him as one of the strongest voices in the sports industry. In 2014, Steve Ballmer bought the Clippers which was quite a shock for everyone. Ballmer was a technology enthusiast who always wanted to come up with new and different solutions. Things led to many disagreements between both of them. Some sources in the team started telling Rivers on how Ballmer is trying to get rid of him.

“I am immeasurably grateful to Doc for his commitment and contributions to the Clippers and the city of Los Angeles.” pic.twitter.com/led1RZBuCn

Everything you need to know about Rivers’ dismissal?

Rivers had always said that there should be a trust between an owner and a coach. Their relationship is most important for the team. In every city, there were talks about the Clippers’ failure. Ballmer never trusted any of Rivers’ strategy and many people started coming into the picture as an advisor. This season, when Ballmer got a chance after another failure, he fired Rivers immediately. Glenn Anton Rivers earlier used to play for the NBA. After his retirement in 1996, he took up coaching. He has been the coach for Orlando Magic, Boston Celtics, and the Los Angeles Clippers. He is also a part of the Positive Coaching Alliance NGO that helps the coaches and the athletes.