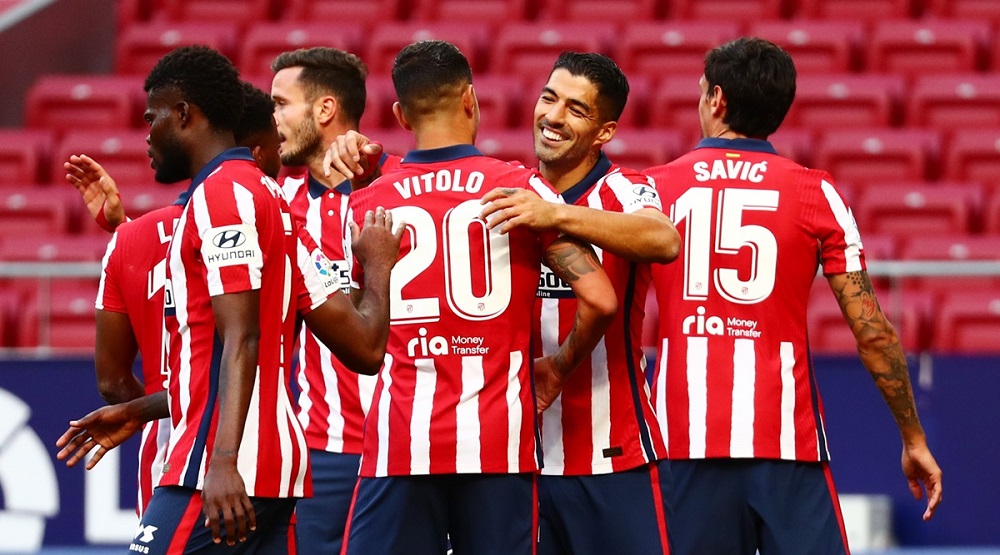 Recently, Luis Suarez signed a two-year deal with Atletico Madrid. The Uruguayan striker who played for FC Barcelona was signed by Atletico Madrid for $7 million including the bonuses. Suarez still had 1 year left with Barcelona according to his contract but the new coach, Ronald Koeman was ready to give him up. Barcelona fans were very upset after this news. Not only the fans, but his teammates were also very unhappy with this decision. Suarez has contributed a lot to the club. He is considered to be one of the best players when it comes to finishing.

Lionel Messi bid goodbye to his friend through his social media who also happens to be his neighbor. Messi stated that he will be missed and it will be very difficult to face him in a match. Atletico Madrid has made their team even stronger by this signing. The trio of Suarez, Diego Costa, and Joao Felix is definitely going to be a threat to their rivals. Atletico Madrid is stronger than ever and they proved it on 27th September in their first match of La Liga against Granada.

Atletico Madrid played their first season match against Granada FC on 27th September. They even included their new signing Luis Suarez in the squad but he was benched initially. Atletico have not lost a single match in their last 16 La Liga games. Their record against Granada is also exceptional. Granada is also a great team but facing a team like Atletico is always difficult. The first half of the game only had one goal which was scored by Diego Costa with a beautiful header. Granada gave a great competition in the first half of the game but were not able to score. The second half of the game was very special as the fans got to see 5 goals in just 45 minutes of the game.

Just 2 minutes into the second half, Correa made it 2-0 for the team. In the 65th minute, Portugal’s young talent Joao Felix scored a goal after taking the perfect fake shot to avoid and the defender and put the ball past the goalkeeper. After this, in the 70th minute, Luis Suarez was subbed in to replace Diego Costa. Atletico fans were very excited to see his debut. Just two minutes later, Suarez got his first assist for the club as Llorente scored the fourth goal. Then, Suarez scored his first goal for the club in the 85th minute. Two minutes later, Granada scored their only goal of the game. The goal was scored by Molina. In the 93rd minute of the game, Suarez got his second goal to mark a perfect debut for the team.

Is Suarez going to be a trouble for FC Barcelona in the 2020/21 season?

In just 20 minutes, Suarez had scored 2 goals and made an assist, and showed what he could bring to this team. Not only that, but he also applied great pressure on Granada to show his agility. It seems like Barcelona will now be regretting the decision of asking the Uruguayan to leave the club. However, that was not the case as Barcelona also defeated Viallreal 4-0 in their first game of the season as Ansu Fati scored a brace. This was a perfect debut and it looks like Suarez is going to be a huge threat if he is included in the starting 11 in the coming games.