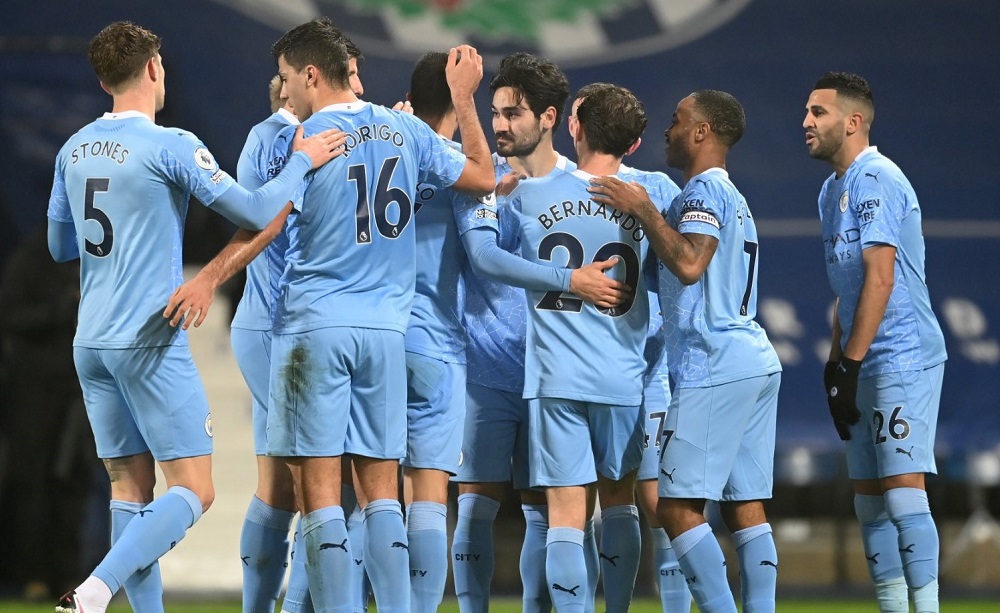 West Brom hosted Manchester City at the Hawthorns Stadium to play their 20th fixture of the Premier League. However, it was only the 19th game of the season for the visitors. West Brom was yet to kick on under Sam Allardyce as they entered this home game 19th in the table, still six points from safety. Contrastly, the Blues were in imperious form. They had found their attacking groove and had conceded just seven goals in their last 16 Premier League matches. If they won this match, they would instantly become the table-toppers. West Brom made three changes from the team that lost 2-1 to West Ham last week. Furlong, Grant, and Snodgrass came in. There were two changes to Pep’s side that beat Aston villa 2-0. Zinchenko and Mahrez were replacing Walker and the injured Kevin DeBruyne. Anyhow, the match was going to be really interesting.

The match began as West Brom started positively, winning a throw-in down the right that Furlong hurled into Manchester City’s box. It was headed clear but Ederson was forced to come off his line to punt out for another throw. In the 6th minute of the game, the visitors took an early lead. It didn’t take them long as Gundogan received Cancelo’s cross from the right, took a touch on the edge of the box, and lashed it past Johnstone. That was Gundogan’s 6th goal in his last 8 Premier League games. After the goal, Manchester City looked fluid with Foden, Mahrez, and Sterling taking turns to occupy the main striking position. Sawyers got ahold of the ball after a long spell of City possession and noded it safely back to Johnstone.

Manchester City scored another goal in the 20th minute of the game. Bernardo Silva darted onto the ball down the right and cut back to set up Cancelo. The right-back dinked the ball into the goal from a similar position to Gundogan earlier. It was Cancelo’s first Premier League goal and Manchester City was cruising already. Cancelo’s goal stood after a VAR check for offside. West Brom got a rare opportunity as Pereira scampered upfield and ventured into the box. The Brazilian appeared to be caught in two minds as to whether to pass or shoot, However, the doors soon closed on him.

Just moments later, Gundogan grabbed his second goal of the game and made the game more comfortable for the Blues. West Brom failed while clearing the ball and consequently, the German midfielder latched onto his rivals’ mistake. After that, he finished calmly from inside the box. Manchester City continued to probe.

Foden drifted into the box from the left and crashed a shot off a defender. However, in the injury time of the 1st half, Riyad Mahrez quadrupled the lead for the visitors. Mahrez picked up Sterling’s high cross near the byline, came in on his left foot before curled a wonderful shot into the far left corner. As a result, the score at the end of the first half was 4-0 with the visitors completely dominating the game.

The second half began as West Brom made a change if only for damage limitation. West Brom moved to a 5-4-1 formation than their standard 4-4-1-1. However, Manchester City continued its domination by continuous attacks keeping their opponent’s defense and goalkeeper busy. The Blues made things worse for West Brom in the 57th minute of the game. Sterling slammed a shot against a defender and Manchester City retained the possession. Mahrez got loose down the right and crossed the first time to Sterling on the half volley. The English winger finished from a few yards out.

From the 80th minute, the pace of the game gradually slowed and the Blues were looking forward to winding this up. The second half finally ended with a score of 5-0 and Manchester City made it to the top of the Premier League points table once again. Anyhow, both the teams will now be preparing for their upcoming games in the league. Manchester City will face rock bottom Sheffield United this weekend whereas West Brom will prepare to host Fulham. It is a must-win for West Brom if they want to get out of the relegation zone.

Your @EASPORTSFIFA Man of the Match is…@IlkayGuendogan!