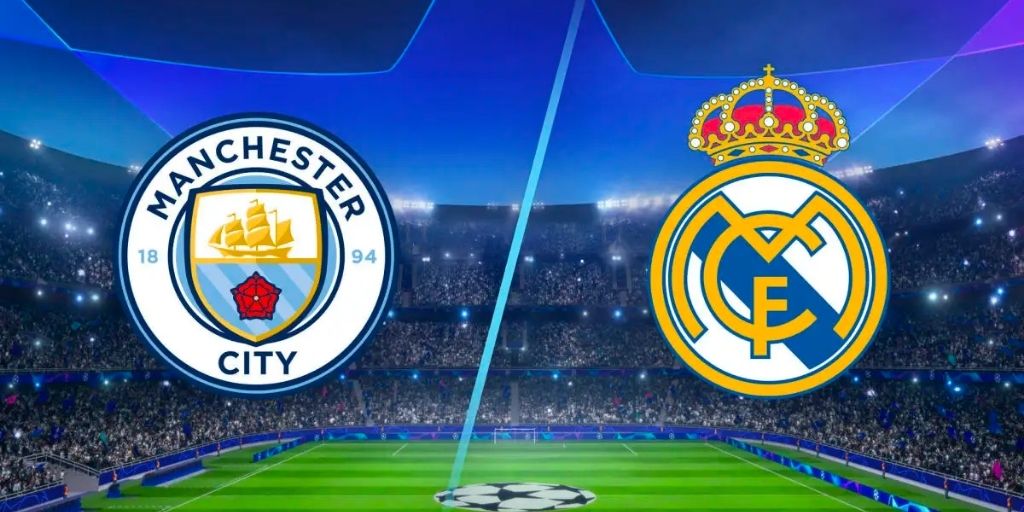 After a frenzied and roller-coaster first leg tie at the Etihad, we are back at Bernabeu. Manchester City vs. Real Madrid promises to be a cliff-hanger of a match till the end. Both the teams are at the pinnacle of their form. Madrid won its 35th La Liga title, while City is on the verge of winning a 6th PL title. However, the title they are most interested in is the champions league. City has never touched the silverware before, while on the other hand, their rivals have got it on 13 occasions previously. This post will contain Manchester City vs Real Madrid UEFA Champions League Semi-Final Predictions, Team News, and Probable XI.

Carlo Ancelloti, who is currently Madrid’s coach, has reiterated that ” City will have 99 shots on target if we play with a low block. Sometimes you need to take risks, and this season this approach has paid dividends for us”. This is the level of confidence for a team that is being led by the successful managers of Europe. Ancelloti has managed to win every major European league under his kitty. Pep Guardiola, on the other hand, said calmly before the match, ” the result is what it is, we won, and now we rest, and then it’s Leeds, and next week we are going back to Spain”. This season, the former Barcelona coach has not put a peddle wrong in the quest for glory. As such, the teams will be rearing against each other when they take the field.

Date, Time, and Where to watch Manchester City vs Real Madrid?

Manchester City vs Real Madrid at the Santiago Bernabeau is scheduled for 4th May 2022, 12:30 AM (IST). To watch the match live, Indian fans can tune into Sony tv networks, while for online streaming, the best platform will be either Sony Liv or Jio TV.

Whereas for the British fans, the scheduled kick-off time is at 8 pm (GMT) on Wednesday, 4th May 2022. It will be televised live on BT Sport networks. People in America can watch the match on CBS networks or stream on Paramount+.

Joao Cancelo is set to be back for the cliff-hanger. Guardiola will be more than happy to draft the Portuguese in the squad, who will be key at the backline.

Kyle Walker, who is the first choice right-back, will travel with the team but will be absent due to an ankle injury. Even though he was seen during the training session yet is almost certain he will start from the bench. The Englishman has not featured in any of City’s fixtures since the last game against Athletico. Next in the line of the injury list is Nathan Ake. The dutchman sustained a knock during the 4-0 drubbing against Leeds at Elland Road and is till now recuperating.

But, the player which City will miss the most is John Stones. The English center-back has been instrumental in a rock-solid defense of City. However, midway through the first leg, he pulled a muscle and had to be substituted with Fernandinho. In the absence of John Stones, Oleksandr Zinchenko will again have to take defensive duties. The Ukrainian will mostly be slotted in the left-back position. However, there are some comebacks as well for the visiting side as well. Predominantly, the return of Ilkay Gundogan will be the main highlight for City. Having missed the first leg, the German will be itching to get some goals under his belt.

If Gundogan gets a game, then there will be a toss-up between Foden and Bernardo Silva for the LWF position.

For the Los Blancos, the biggest miss will be David Alaba due to an abductor injury. The Austrian did not even play the full title decider match against Espanyol. Even, he has not yet trained with the team and chances are grim that Ancelloti will take the risk. In the absence of Alaba, Nacho Fernandez will take his place in art. The defensive duties will be taken care of by the pairing of Nacho and Eder Militao.

Other players on the injury list are Eden Hazard, Gareth Bale, Luka Jovic, Miguel Guitterez & Isco. The Los Blancos might go with their regular midfield of Kroos, Casemiro & Modric. The three musketeers have been more than reliable for Madrid in the past. They will have to play to their full potential to upset a strong City side at Bernabeu.

These two teams are arguably the powerhouse in world football presently. Therefore, like the first leg, there will be many brilliant performances that will be witnessed by the fans both near and far alike.

For City, all eyes will be on the Belgian midfielder Kevin de Bruyne who scored within 2 minutes of the start of the match. The Belgian has a rather mellow time in the blue jersey this year. But, when the time comes for big matches, Guardiola knows that he can rely on the 30-year-old midfielder. The next player who is a vital cog for City is Rodri, who has been like the first line of defense for City this season. The Spanish international will be expected to carry out the same to stop the pacy attack off Madrid. Other important players to look out for in the city squad are Riyadh Mahrez and Joao Cancelo.

For Real, they will be depended on their talismanic striker and captain, Karim Benzema. The French international is having a phenomenal performance both in the champions league as well as the home league. He scored 15 goals in 11 matches in the champions league. He has even surpassed Lionel Messi in the most semifinal champions league goals (7). The French striker might even be considered for the prestigious award of Ballon d’Or. Another player to look out for is Thibaut Courtois. The Belgian has an impeccable keeping record this year. It is due to the impressive performance of Courtois that Madrid has such an unblemished form.

Manchester City vs Real Madrid is speculated as a savory affair. As such, the scoreline might not be that a big affair. Given the recent run of form, both the teams will be gutted against each other. Madrid has already won the La Liga title, and City might pull off a premier league win. That said, a scoreline of 2-1 will be what we will be a most likely witness in Bernabeu. The win cannot be predicted, however, as both the teams are on par with each other.