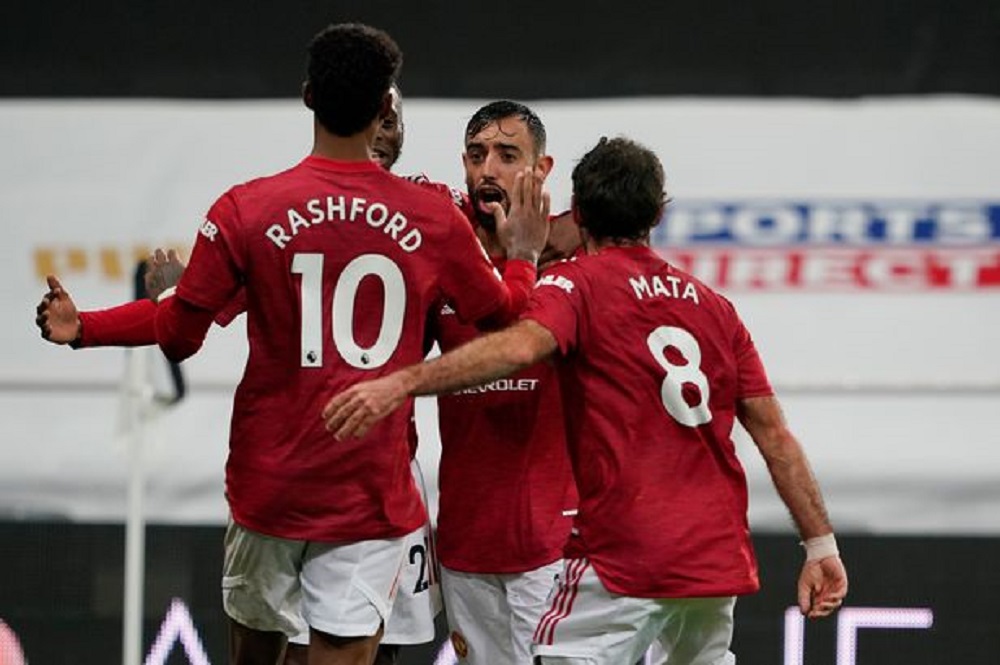 Manchester United made a stunning comeback against Newcastle United in a 4-1 victory.

Manchester United haven’t really got a great start to their 2020/21 EPL campaign. However, they have got great potential with a lot of great players. So, they are definitely a threat to all the other teams. They played their 4th match of the season against Newcastle United yesterday. Newcastle did not have a great start to their campaign as they had won 2 matches and lost and drawn 1 match each. It was surely going to be an exciting match as both the teams were looking forward to getting 3 points from a victory.

The lineups for both the teams were:

Their manager O. Solskjaer went with a formation of 4-2-3-1 with Rashford as the sole striker.

The Newcastle coach Steve Bruce chose a formation of 4-1-4-1 as he kept Wilson as the only striker.

Manchester United kicked off as the referee blew the whistle. In the 2nd minute itself, Newcastle United got their first goal as Krafth was putting in a cross. The shot took a deflection from Luke Shaw and went directly into the back of the net past De Gea. Now, United was 1 goal down, and the pressure on them was building. However, in the 20th minute, they got a breakthrough, or they thought so until the linesman declared Mata offside. So, the goal was disallowed, and United was still looking for a goal. The Reds did not have to wait much as Harry Maguire scored the equalizer for his team, heading the ball past Darlow. With that, the score at half-time was 1-1.

The second half began, and both the teams were creating chances as they were looking to take the lead. However, none of them could score a goal until the 86th minute when Bruno Fernandes scored the second goal for United. He curled the ball into the back of the net after a brilliant assist from Rashford. Just 4 minutes later, Wan-Bissaka scored a goal to give his team a 2-goal lead. That was not it as Rashford scored his first goal of the match in the injury time in the 96th minute. It was a great through ball kept by Fernandes as Rashford rushed past the Newcastle defenders before curling the ball into the back of the net. With that, Manchester United had made one of the best comebacks of EPL 2020/21 till now as they defeated Newcastle United with a score of 4-1.

Now, Manchester United are in the 14th place as they have won and lost 2 matches each. Newcastle United, on the other hand, is in the 11th position. Even though they lost this match, they have many games left, as this is just the start of the season. Manchester United are thrilled on the contrary to have won the game before they start their UCL campaign against PSG on 21st October. In contrast, Newcastle United will be up against Wolves on the 25th of October.