Manchester United Versus Chelsea Ends In A Goalless Draw 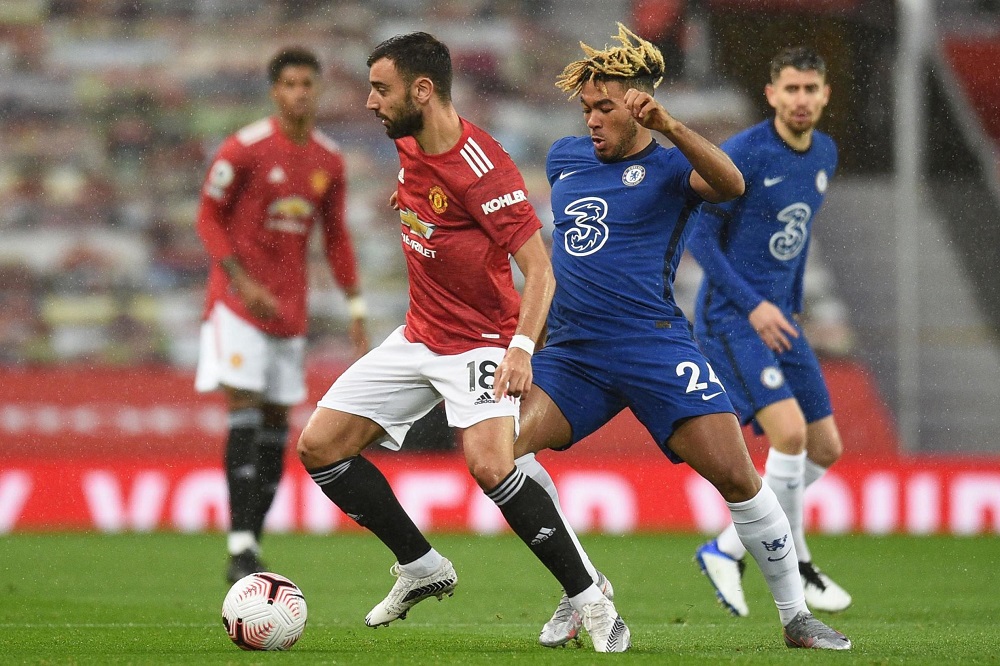 A still from the goalless draw of Manchester United vs Chelsea.

The Premier League is known to be one of the best and toughest leagues of all as there are many top clubs in the league which compete against each other. In the Premier League, the fans get to see some very exciting matches since the competition is very solid. This season the league is wide open as many clubs have made some excellent signings which has made their team stronger. The result of any match is just unpredictable. On 24th October, a similar match was scheduled. Manchester United were locking horns with Chelsea.

The competition between the Reds and the Blues is always very exciting to watch. Fans say Manchester United has lost their form but they proved them all wrong after their win in the Parc des Princes against Paris Saint-Germain in the UEFA Champions League group stage match. Chelsea, on the other hand, after making many signings this summer is stronger than ever before. Also, it was going to be a clash between the two PSG legends, Thiago Silva and Edinson Cavani. Each and every football fan was looking forward to this game. So, let us see what went down.

Chelsea has always found it very tough to win an away match against Manchester United in the Premier League. Solskjaer included Harry Maguire, Juan Mata, and Lindelof in the starting 11 this time. Cavani was ready to make his debut for the team and was on the bench. Lampard, on the other hand, replaced Mason Mount who played against Sevilla last time with Azpilicueta in the starting 11. The match kicked off and both the teams were giving their best from the start. Both the teams were keeping good possession of the ball but Manchester United looked more promising when it came to attacking.

In the 30th minute, Mendy almost scored an own goal. Then, in the 41st minute, Manchester United also almost won a penalty after Thiago Silva’s challenge on Rashford. The decision went to VAR and the penalty was not given. Cavani, who got substituted in the 58th minute almost scored a goal but the ball ended up hitting just the side netting. In the end, the game was goalless and ended in a draw. There were many attempts and even though there were no goals, it was indeed a great match to watch.