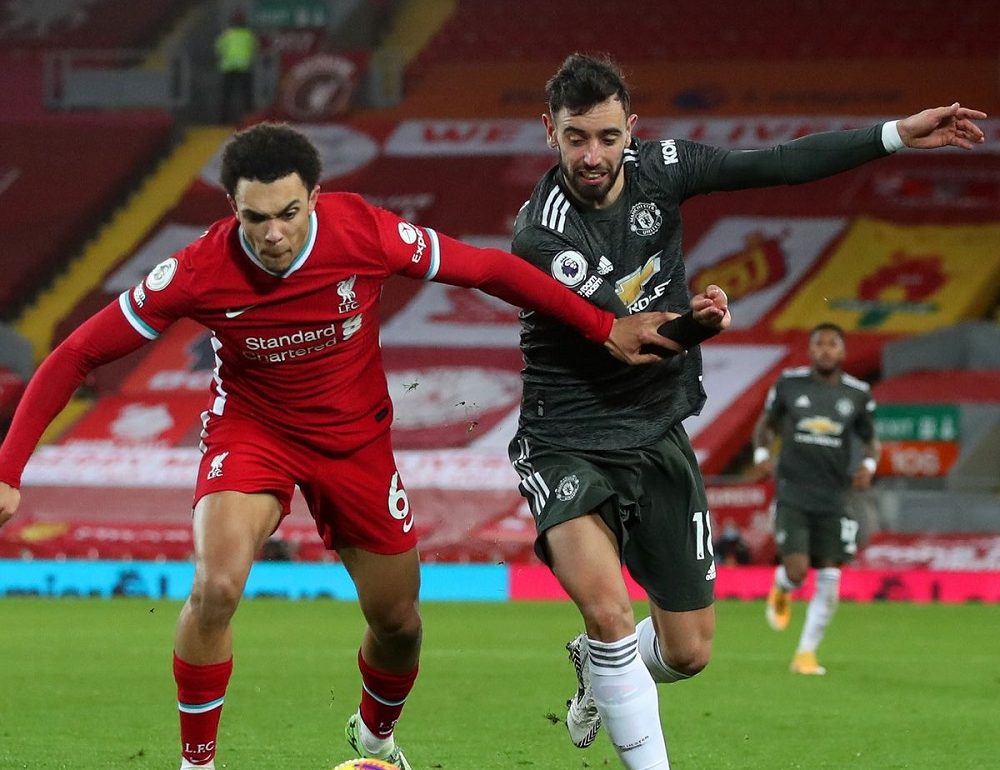 Manchester United will be locking heads with Liverpool tonight in the 4th Round of the FA Cup and here's all you need to know about it.

Liverpool will be facing Manchester United today in the 4th Round of the FA Cup. Both the teams will be locking heads with each other for the second time this week. They went up against each other last week on 17th January i.e. Sunday in their Premier League clash. That game ended in a goalless draw and hence, the fans will be hoping for a much more interesting game this time. Even though it is just the fourth round of the FA Cup and probably youngsters will be getting a chance, it’ll be really exciting to see the Reds and the Red Devils fight for a spot in the next round.

Manchester United’s rivalry with Liverpool is not spoken of much but everyone knows that they are two of the best Premier League teams this season. The duo were sharing the top position at the points table some while ago. However, now Liverpool have fallen down and are 6 points behind the Red Devils. Consequently, the Reds are the favorites to win this match but Jurgen Klopp will give his best to defeat Ole Gunnar Solskjær and his men in this fixture. But, Ole and his team also won’t go light on the Reds for this game. They’ll do everything in their power to move on to the next round of the FA Cup.

Talking about the clashes between the two teams, Manchester United have knocked Liverpool out of the FA Cup 9 times including the finals played between the two. However, in the previous three clashes of the FA Cup, the Reds emerged victorious. Apart from this, considering the match is being hosted at the Old Trafford Stadium, Manchester United does have the upper hand. So, they’ll try their best to use it to their advantage. The Red Devils are unbeaten at Old Trafford against the Reds in their last seven games i.e. since 2014. Anyhow, let us see how the two teams might line-up for this fixture.

This lineup doesn’t come as shock because Ole will try to dominate the Reds from the beginning by putting his best men on the field. However, he might give De Gea some rest as he has been playing full matches for Manchester United in the league. The defense might not see any changes except Bailly as the Ivorian defender has been giving his best and overworking for the team. Talking about the attack, Cavani will start ahead of Martial considering his performance in the previous matches. Consequently, this is the team that Ole will start with in the Red Devils’ battle against the Reds.

Talking about Jurgen Klopp, he does have many options now to select from considering his players are recovering well. However, he will give chance to some of the youngsters to prove themselves and earn a spot in the upcoming league games. Even though it is just the 4th Round of the FA Cup, the defending champions will try to win this game. They have not won a single game in their past 5 fixtures and hence, they will be looking forward to win the North West Derby to revive their winning streak. So, brace yourselves as the Reds will be locking heads with the Red Devils tonight in one of the most awaited fixtures.

There are not many channels or streaming platforms where you will be able to enjoy this game. However, here is a list of the platforms or TV channels where you can watch the game: