Manchester United vs Liverpool: The Battle of The Reds: Predicted Lineups, Where to Watch?- EXCLUSIVE DETAILS 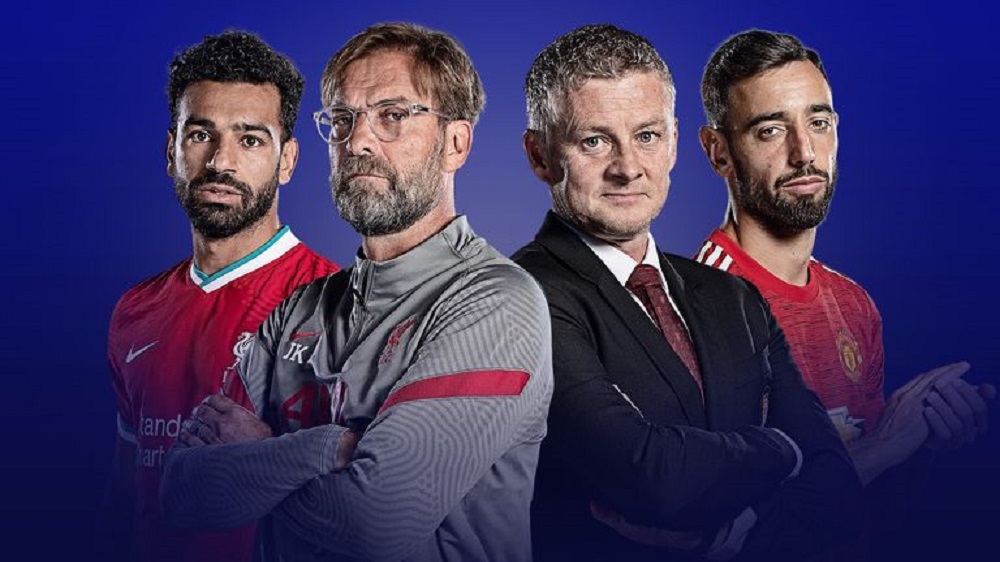 Manchester United will be facing Liverpool today in the battle of the Reds and here's all you need to know.

On 17th January i.e. tomorrow on Sunday, Manchester United will be facing Liverpool in one of the most awaited games of the Premier League. The fans have been waiting for this fixture for a really long time. Both the teams have been in brilliant form this season until now. The defending champions i.e. Liverpool is currently 3 points behind Manchester United and will give their best to come out on top after this game. On the other hand, Manchester United will also be looking forward to extend their lead to 6 points with a win from this fixture. This is the 18th match of the season for both the teams and hence, with almost half of the fixtures of the 2020/21 campaign over, both will want to come out on the top.

Ole Gunnar Solskjær and Jurgen Klopp will definitely be pumped up about this game. They will want their best available players on the pitch and fight for those 3 points. Neither of them would want to settle for a draw and therefore, it will be really interesting to watch this game. Talking about their form, Manchester United is in an incredible form currently. They have won 4 of their last 5 fixtures and drew 1 against Leicester City. Consequently, they would want to continue with their winning streak.

On the contrary, Liverpool has been facing a bit of trouble to win recently. They have only won 2 matches out of their last 5 fixtures. In the other 3 matches, they drew 2 games and lost the last one to Southampton. As a result, the defending champions will not want to lose another game. So, they will try and give their best to find the back of the net which they have failed to do in their previous games. Anyhow, let us have a look at how both the teams might line-up for this fixture.

It doesn’t come as a surprise that Manchester United might stick to their standard lineup for most of their matches this season. The defense has been doing really well ever since Bailly returned to pair up with Maguire at the back. Talking about the midfield, Fred and McTominay have been doing great as they contribute with their offensive skills as well. The front 3 will stay as it is since Pogba has been in excellent form until now and Ole will hope that his men continue this form if they want to win the Premier League title.

Also Read: Liverpool Drop Points Against Southampton Away From Home

The Liverpool starting 11 is quite different than what it used to be last season. Their star defenders i.e. Gomez and Van Dijk are out due to knee injuries and will be missing almost their entire season ahead. Consequently, Klopp relied on Fabinho and Matip to pair up at the back. However, Matip was facing some pain in his adductor muscle and was ruled out of the recent games. The Fabinho-Henderson partnership did not go well for the defending champions in the last game. As a result, Klopp might give Philips a start and help Fabinho in the defense. The midfield and the forwards will remain the same as Liverpool will try to capitalize with their attack to win the 3 points from this game.

Consequently, everyone is excited about this game as it’ll be really thrilling. Both the teams will surely try to win the 3 points from this game as they won’t like to settle for a draw. They would both want to stay as the sole table-topper in the points table. It is so because if they win only 1 point each, Manchester City will have a chance to take the lead. Pep Guardiola’s men have 2 games in hand and hence, it’ll really great for them if this battle of the Reds ends in a draw. Anyhow, you can watch the match on the following channels and platforms. Here is a list where it will be broadcasted or streamed: