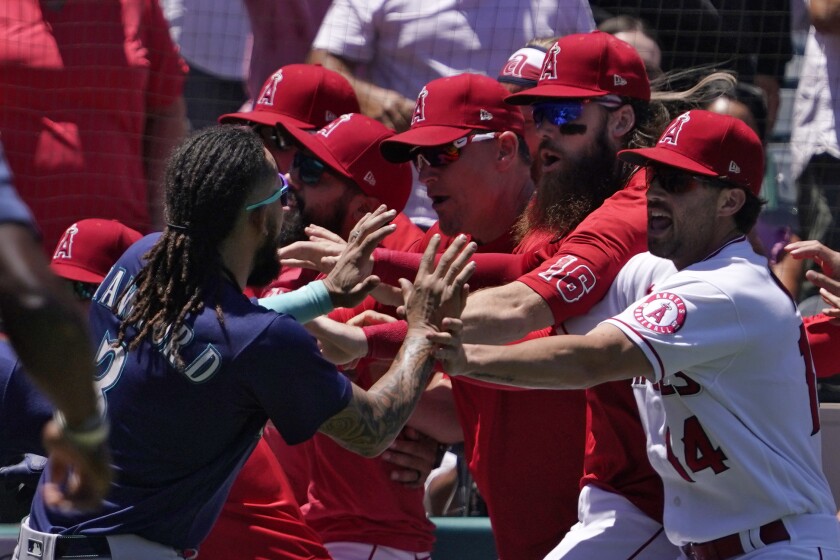 MLB or Major League Baseball is in the news not for any sporting achievement but for an ugly incident that took place. A massive fight took place between two teams, Los Angeles Angels and the Seattle Mariners. Jessy Winkers, who plays for the Seattle Mariner, got hit by the pitcher Andrew Wantz. He then stormed to the bench of the Los Angeles Angels, which created the entire ruckus. Jessy Winkers, for his actions, has been handed a seven-match suspension. He later stated, If they throw [Wantz] out, it stops”. “If he hits me and they eject him, I go to first base. If the guy in the cast and their manager doesn’t talk, nothing happens. But they were talking, and I didn’t want to talk.” “As far as I’m concerned, it’s done,”  “We’re just going to worry about next time we face them beating them. That’s all that matters.

“No one is here to ‘tough guy’ talk to the media, and no one’s here to do this and do that or talk about fines, suspensions, whatever. That’s going to happen regardless, so we’re going to beat them.” This game completely covered the fact that

Here you can clearly see what all happened. A sad display of sportsmanship, but sometimes human emotions can take over your body’s control. MLB  had to take a tough step in order to avoid such steps in the future.

The benches have cleared between the Mariners and Angels 👀

Major League Baseball or MLB is a professional American baseball league also the oldest baseball league in the world. There are a total of 30 teams in the league, 29 are from America, and 1 is from Canada. It was founded in 1876, and the New York Yankees hold the record for most titles, 29. The current champions are the Atalanta Braves. Moreover, it is definitely a global league with a worldwide following and fanbase.

Also Read: What Is Kyle Farnsworth’s Net Worth? The MLB Pitcher’s Earning