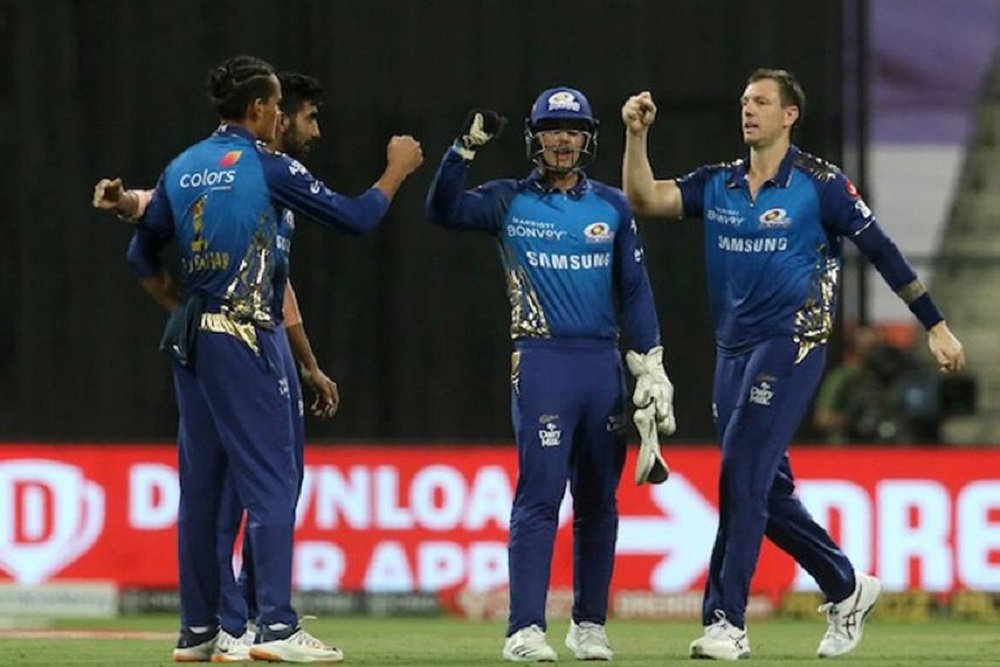 It was matchday 13 and everybody was excited as Mumbai Indians were going up against Kings XI Punjab. Everyone knew it was going to be a match full of runs as both the teams had amazing batting lineups. Mumbai Indians had Rohit Sharma, Ishan Kishan, Keiron Pollard, Hardik Pandya, Quinton de Kock, and Suryakumar Yadav. On the other hand, Kings XI Punjab had KL Rahul, Mayank Agarwal, Nicholas Pooran, Glenn Maxwell, Karun Nair, James Neesham, and Sarfaraz Khan. Both the teams also had some interesting bowlers. As a result, it was definitely going to be an interesting match. MI and KXIP had both won 1/3 matches. So, both the teams wanted a win to move to the top of the points table.

The match began as KXIP won the toss and chose to bowl first. As a result, De Kock and Rohit Sharma opened the innings for MI. However, De Kock (0 in 5) got out in the first over itself. Then came Suryakumar Yadav to crease. But, in the 4th over, even Yadav (10 in 7) got run out at the hands of Shami and KL Rahul. As a result, Ishan Kishan came to support Rohit Sharma now. However, losing 2 wickets in just 4 overs created a lot of pressure on Rohit Sharma.

But, the MI skipper acted calmly and played a wonderful innings. Even after Kishan’s (28 in 32) dismissal in the 14th over, Sharma smashed boundaries to help his side reach a decent total. However, in the 17th over, even Rohit Sharma (70 in 45) got out at the hands of Shami. Then came Keiron Pollard (47 in 20) and Hardik Pandya (30 in 11) who bashed the Punjab bowlers to get their team total to 191-4 in 20 overs. The duo built a whopping partnership of 67 runs in just 23 balls. The Mumbai Indians had set a target of 192 runs for the Kings XI Punjab team and now, we had to see if the Kings would be able to chase that.

KL Rahul and Mayank Agarwal opened the innings for the Kings as they were looking forward to chase the target. They made a good start as they were smashing boundaries against the MI bowlers. However, Bumrah got a breakthrough in the 5th over as he sent Agarwal (25 in 18) back to the pavilion. As a result, Karun Nair (0 in 3) came to the crease, but sadly, he got out in the very next over and had to return. Then came Nicholas Pooran, from whom the fans had a lot of expectations. The West Indies player was playing well. However, in the 9th over, skipper Rahul (17 in 19) got out.

With his dismissal, Glenn Maxwell came to support Pooran, and now, all the hopes were on them. But, after Pooran (44 in 27) got out in the 14th over, the KXIP team just went down completely. Chahar dismissed Maxwell (11 in 18) in the 15th over and then Bumrah dismissed Neesham (7 in 7) in the 16th over. After that, in the 18th and 19th over, Sarfaraz Khan and Ravi Bishnoi got out respectively. Even though KXIP were losing, Gowtham (22 in 13) tried his best to reduce the margin with which they were losing by hitting fours and sixes. The 31-year old was able to get 143-8 on the scoreboard for his team. With that, Kings XI Punjab had lost the game to Mumbai Indians by 48 runs.

With his amazing knock of 70 runs in just 45 balls, Rohit Sharma completed 5000 runs in IPL. He is the third batsman to do so after Virat Kohli and Suresh Raina. He also got the 2 points for his team and with that, they are now on the top of the points table. All and all, it was a good day for the 33-year old. Apart from this, Keiron Pollard won the Man of the Match award for his quick 47 in 20 balls. Now, after this win, MI will surely be looking forward to maintain their position on the points table. On the other hand, Kings XI Punjab will try their best to get more wins to qualify for the playoffs. As for the next match, MI will be facing SRH whereas KXIP will be up against CSK.