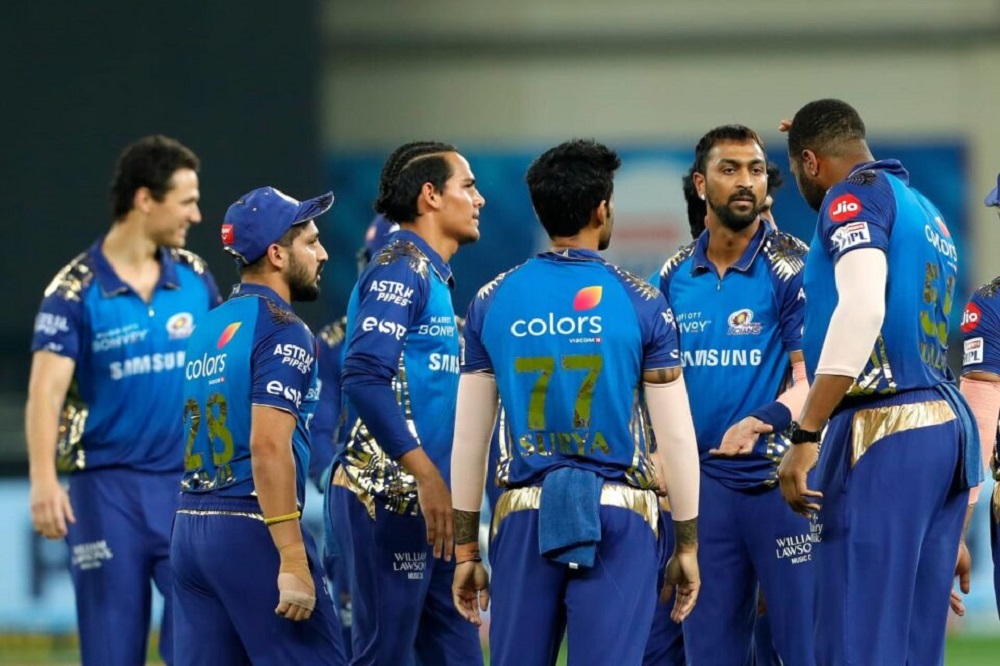 IPL 2020 has been entertaining us for the past two months each and every day. We got to see some brilliant matches with some really close calls. After the league stage got over, the teams that qualified for the playoffs were Mumbai Indians, Delhi Capitals, Royal Challengers Bangalore and Sunrisers Hyderabad. The defending champions Mumbai Indians were ruling at the top of the points table with 18 points and their spot fixed in Qualifier 1. Later on, DC went on to defeat RCB to secure their place against MI in Qualifier 1. Finally, SRH defeated MI to seal their spot in the Top 4 as they were going to face RCB in the eliminator. So, it was time for Qualifier 1 as MI were all set to lock horns with DC.

The match began as Delhi Capitals won the toss and opted to bowl first. Their skipper Shreyas Iyer wanted to restrict MI to a low total so they could win with an easy chase. So, that is exactly what they did as in the 2nd over itself, Ashwin dismissed the MI skipper Rohit Sharma (0 in 1). As a result, Suryakumar Yadav came to the crease to support Quinton de Kock from the other end of the crease. However, Rohit’s dismissal seemed to have no effect on De Kock as the South-African batsman was just thrashing the DC bowlers. Along with Yadav, he managed to get 63 runs from the powerplay itself with a loss of only one wicket. However, just after the powerplay in the 8th over, Ashwin struck again to dismiss De Kock (40 in 25).

So, Ishan Kishan came to the crease now. The former had just started settling in when Yadav (51 in 38) also got out. Then, Keiron Pollard (0 in 2) came in at 5 to give the MI innings some stability. However, he failed to deliver as he got out in the very next over. As a result, Krunal Pandya came to support Kishan now but he also got out in the 17th over. Now, Hardik Pandya came in at 7 with only 4 overs left. Pandya (37* in 14) and Kishan (55* in 30) hammered the DC bowlers to get MI’s total to 200-5 in their 20-over innings. The duo scored 60 runs off the last 4 overs to help Mumbai Indians reach this whopping total. Now, MI only had to restrict DC from achieving this target which was like a piece of cake with their brilliant bowling lineup.

Delhi Capitals knew they had a big target in front of them. So, they sent their standard opening pair of Prithvi Shaw and Shikhar Dhawan to open for them. However, Shaw (0 in 2) failed to deliver as he got out in the 2nd ball itself. Just three deliveries later, Boult struck once again to dismiss the new batsman Ajinkya Rahane (0 in 3). Then, on the second ball of the 3rd over, Jasprit Bumrah sent Shikhar Dhawan (0 in 2) back to the pavilion. Now, DC were 3 wickets down and hadn’t scored a single run yet. As a result, their skipper Shreyas Iyer and Marcus Stoinis came to the crease now. However, soon in the 4th over, Bumrah dazzled the DC captain (Iyer- 12 in 8) after dismissing him.

Delhi Capitals was just collapsing down in front of MI like they did in the league game. DC had managed to score only 32 runs from the powerplay after a loss of 4 wickets. However, that was not it as in the 8th over, Krunal Pandya dismissed Rishabh Pant. So, Axar Patel came to the crease. The former built a good partnership of 71 runs in just 44 balls with Stoinis. However, soon Bumrah came to MI’s rescue as he dismissed the Australian all-rounder (65 in 46) in the 16th over. As a result, Daniel Sams (0 in 2) came to the crease who also got out in the same over. Then came Kagiso Rabada (15* in 15) and finally after Axar’s (42* in 33) dismissal in the last over, came Anrich Nortje (0* in 0). DC managed to score only 143 runs as MI had defeated them by 57 runs to move through to the finals of IPL 2020.

P.S. – Krunal Pandya makes a guest appearance to add some fun on the microphone 😎 #Dream11IPL #MIvDC

Jasprit Bumrah won the Man of the Match award for his career-best T20 4-over spell. He took 4 crucial wickets (when needed) and gave away just 14 runs taking 1 maiden over. This was a dream match for any T20 bowler. He helped MI to steer through to the finals which they will be playing on Tuesday. Talking about DC, they will now be moving to Qualifier 2. Whichever team wins the eliminator (RCB vs SRH), will play against DC in Qualifier 2. The winner of that will then play Mumbai Indians in the finals. So, the stage for the next match is all set as RCB take on SRH. Until then, tell us what do you think. Do you think the defending champions (MI) can become the second team to defend their title? Let us know below in the comments section.