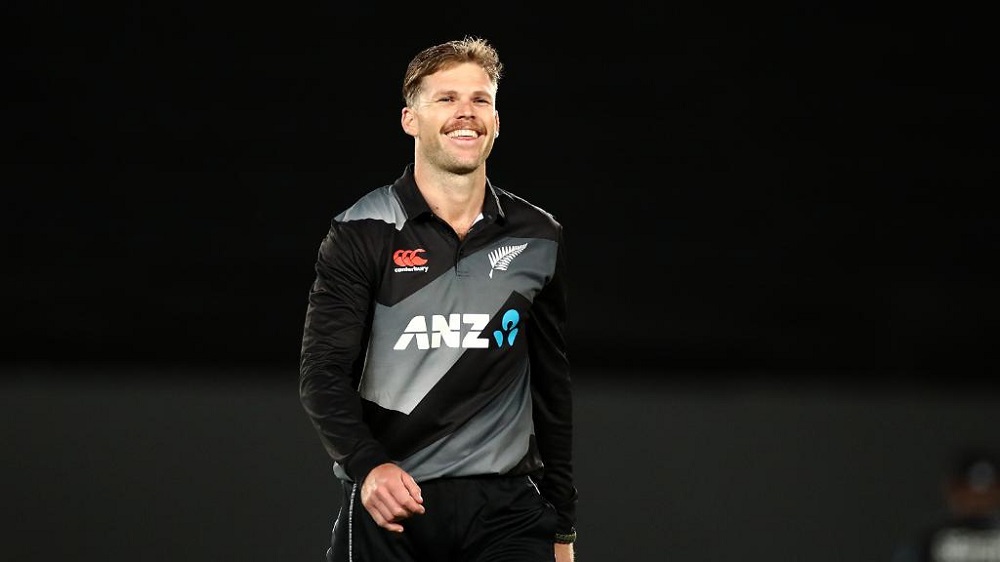 International cricket is back and so are the national teams as your favorite players return to the sport. Many series and tours had to be canceled or postponed due to the ongoing pandemic. However, the 13th season of IPL returned in September. The BCCI hosted it in UAE following all the necessary guidelines and protocols. Anyhow, with the conclusion of IPL 2020, all the other series and tours are now being conducted. One of them is the West Indies’ tour of New Zealand. The series began as the 1st T20 was on 27th November. So, let us see what happened during the match.

The match started as New Zealand won the toss and opted to bowl first. The first over started and just 4 balls later it began to rain. As a result, the match got delayed and was later reduced to 16 overs per innings. So, the match continued after some time, and in the 4th over, Lockie Ferguson dismissed Andre Fletcher (34 in 14). Consequently, Hetmyer (0 in 4) came to the crease but in the very same over, he also got out. Then, in the 5th over, Brandon King (13 in 10) and Rovman Powell (0 in 3) got out. The West Indies batting lineup was just collapsing down and it felt like nobody could save them now. With that, on the first ball of the 6th over, Nicholas Pooran (1 in 2) got out.

As a result, Keiron Pollard and Fabian Allen came to the crease now. West Indies had managed to get 60 runs from the powerplay but at the cost of 5 wickets. Consequently, all the hopes were now rested on Pollard and Allen. So, the duo did exactly what was expected of them and performed very well. Allen played a stable knock of 30 runs in 26 balls before getting out in the 14th over. Just 2 balls after him in the same over, Keemo Paul (0 in 2) also got out. However, Pollard did not give up and thrashed 75* runs in just 37 balls to take the West Indies total to 180-7. He kept Sheldon Cottrell (1 in 2) off the strike to get a whopping total on the scoreboard within just 16 overs.

Now, New Zealand needed 181 runs in just 16 overs if they wanted to win the first T20I of the series. So, Martin Guptill and Tim Seifert opened the innings for New Zealand. However, they did not get a great start as Guptill (5 in 3) got out in the first over itself. So, Devon Conway came to the crease now. He thrashed the West Indies bowler along with Seifert before Seifert (17 in 13) got out in the 4th over. After him came Glenn Philips who thrashed 22 runs in just 7 balls before losing his wicket to Oshane Thomas in the last over of the powerplay. As a result, New Zealand had managed to score 56 runs from the powerplay after losing 3 wickets. However, that was not it as in the 7th over, Ross Taylor (0 in 4) got out.

So, all the hopes were now on Conway and Neesham. However, after scoring 41 runs in just 29 balls even Conway got out in the 13th over. As a result, now Neesham and Santner were on the crease. The duo went on to thrash the West Indies bowlers to chase 179 runs in just 15.2 overs. Neesham smashed 48* runs in just 24 balls whereas Santner scored 31* runs in just 18 balls. As a result, New Zealand had started off the series on a positive note with a massive win in the 1st T20I against West Indies. Lockie Ferguson won the Man of the Match award for his excellent spell. He took 5 wickets in just 4 overs after giving away just 21 runs. Anyhow, now the two teams will be facing each other in the next T20I on 29th November at the Bay Oval.

ANZ Player of the Match Lockie Ferguson speaking to @sparknzsport's @sumostevenson after returning bowling figures of 5-21. Only Tim Southee with 5-18 also at @edenparknz has better figures for the BLACKCAPS in T20I cricket. #NZvWI 📷= @PhotosportNZ pic.twitter.com/wib2TeNtUI