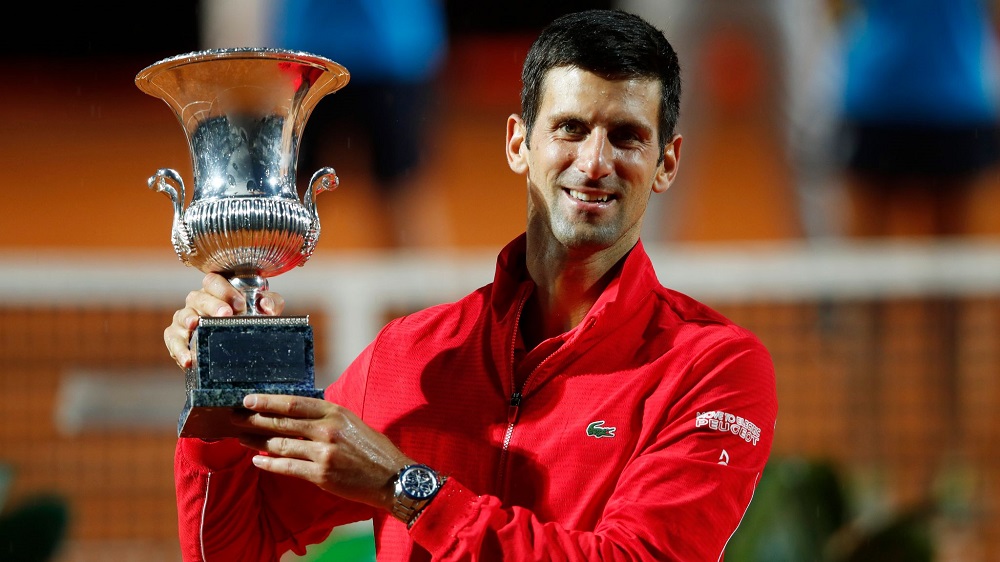 The Italian Open finals were held on 21st September 2020, and Novak Djokovic took the cup home. Djokovic took down Diego Schwartzman to lift his fifth Italian Open. Djokovic is now getting all ready to lift the French Open 2020 cup. After having a slow start in the tournament, he went on to defeat Diego Schwartzman of Argentina, winning 7-5 and 6-3. After being kicked out of the US Open for hitting a line judge, Djokovic said that it was a very challenging week for him. He was able to have his best tennis gameplay when he needed it the most.

After winning the tournament, he is now inducted to the ATP Tour Masters 1000. After having a great tournament in Rome, he is now all set to conquer Paris. Until now, the Serbian tennis player has won the Australian Open, Cincinnati Masters, Dubai Tennis Championship, and the Italian Open. Last year, he lost to his rival Rafael Nadal, which motivated him to come back stronger.

What happened to Djokovic in the semi-final of the Italian Open 2020:

Midway through the tournament, the organizing committee warned him for another outburst. During the semi-finals against Casper Ruud, he got a warning of racket abuse. Racket abuse is offensive during the game and can lead to a point penalty. The rule falls in the code of conduct category to maintain the professionalism and integrity of the game. Smashing the racket to the ground can also be a safety hazard to anyone in that environment. After the match, Djokovic commented, saying that he did not want to do any such thing but was just a reflex. He always has a high temper, which gets out of control sometimes during the matches. Djokovic has thrown tantrums whenever he had had a bad game. However, nobody expects something like this from a professional tennis player. He also said that most of his finals were against Nadal, which is why he felt weird.

All you need to know about Novak Djokovic:

The 33-year old currently ranks number one in the Association of Tennis Professionals ranking. He has won 17 Grand Slams and is the third male player with the most titles in the history after Rodger Federer and Rafael Nadal. Djokovic has rivalries against Wawrinka, Murray, Tsonga, Del Potro, and the two players mentioned above. He has been endorsing Telekom and Fitline. Since 2017, he is also the brand ambassador for Lacoste. He has also been working on various business activities. He has a company called Family Sport, which works in sectors such as real estate, entertainment, restaurant, sports apparel, event organization, and much more.