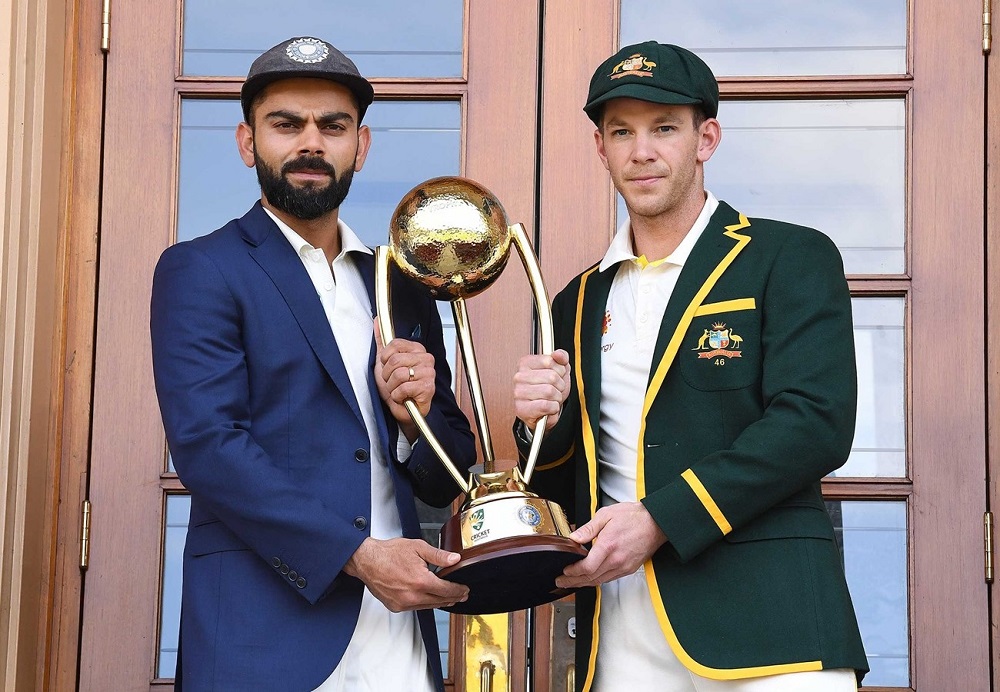 Here is how India will line up for their 1st Test match against Australia in the Border-Gavaskar Trophy.

The India tour of Australia began on 27th November with the Dettol ODI Series. The hosts enjoyed an easy win against India after they won the first two ODIs. However, the visitors did not give up and produced a brilliant comeback as they won the 3rd ODI. After that, they even went on to win the Dettol T20I Series after producing back to back wins against the hosts. Consequently, now both the teams have won a series each and are now looking forward to the Border-Gavaskar Trophy. The test series between them will begin on 17th December with the first match begin played in Adelaide. It will be interesting to see the men in blue and yellow go up against each other in the red-ball format.

What to expect from the clash between India and Australia in the Border-Gavaskar Trophy?

“The Border-Gavaskar Trophy” is one of the most anticipated test series after “The Ashes”. As a result, all eyes will be set on the opening match. However, there is a major disadvantage for the visitors. After the first test match, their captain Virat Kohli be returning back to India. The Indian skipper had asked for a paternity leave after the first match before the tour began. BCCI had granted it and consequently, after his return to India, Ajinkya Rahane will be leading the Indian side. This is a major disadvantage for the tourists as Virat is one of their most important batsmen. However, it will be interesting on the other hand to see how India does in his absence.

'Ajinkya and I are on the same page and I’m sure he'll do a tremendous job in my absence,' says #TeamIndia Skipper @imVkohli on the eve of the first Test against Australia.#AUSvIND pic.twitter.com/S8fmUABfUC

The last time when the Border-Gavaskar Trophy happened, India defeated Australia at their home ground only. However, the Indian cricket team did have an advantage as Australia’s top batsmen like David Warner, Steven Smith, and Cameron Bancroft were out due to the ban on them. They faced a 1-year ban from international cricket owing to the 2018 Australian ball-tampering scandal. As a result, India went on to win the first-ever Border-Gavaskar Trophy in Australia. Anyhow, now the Indian cricket team has got another chance at winning the series as Australia’s star batsmen David Warner and Aaron Finch are not a part of the squad. However, it will be really interesting to see which players from both teams will be playing for their side tomorrow. We don’t know about Australia but here’s the playing 11 for team India.

As you can see, the Indian skipper Virat Kohli has chosen 7 batsmen and only 4 bowlers to start for the series from tomorrow. This came as quite a shock for everyone but he must definitely have something in mind. He might be thinking of batting as much as they can in the first innings and set up a huge target so they can give a follow-on afterward. Anyhow, it will definitely be thrilling to see the Indian cricket team and the Australian cricket team in action once again. So, brace yourselves as the first test match begins tomorrow at the Adelaide Oval.