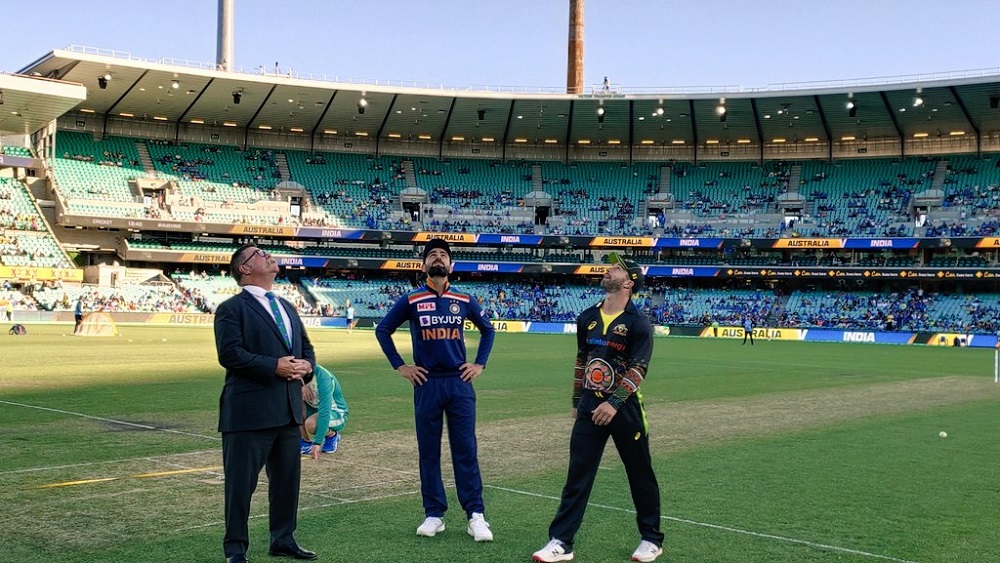 India is going to lock heads with Australia in the 3rd T20I of the Dettol T20I Series tomorrow and here is the predicted playing 11 for both the teams.

The India tour of Australia began on 27th November as the Indians traveled all the way to Australia for an all-format series. The series started off with the Dettol ODI Series. Australia got two early wins as they claimed the title for it. However, India did manage to get a win in the last ODI as a consolation. However, it was more than a consolation. It was a boost for them as they were soon going to face off Australia in the Dettol T20I Series. Consequently, this time India won the first two matches to claim the trophy. However, there is still the third match remaining and now, Australia will be desperately looking for a win. On the other hand, the visitors will be looking forward to get a clean sweep in Australia after 4 years. So, let us see what to expect from the game tomorrow.

Even though the wins in the first two T20Is were really close, India played as a team and did a really good job. They managed to secure a win in the first match after huge controversy around Chahal as a concussion substitute for Jadeja. However, in the second game, the hosts were outpowered by Hardik Pandya who scored 42* in just 22 balls to win the match and the series for his team. Anyhow, the third T20I might not be as easy as expected. However, team India will be happy that they have secured the series and give rest to some of their important players. Since after the conclusion of the T20I series the test series will begin on 11th December, both the teams will be wanting their best players to remain fit. So, let us have a look at the possible lineup of both the teams.

India might think of dropping KL Rahul since he has played some good knocks in all the matches until now. They will be looking forward to giving him rest for the upcoming Border-Gavaskar Test Series Trophy. On the other hand, Australia will be looking forward to doing the same in the case of Steven Smith. Talking about the ballers, Jasprit Bumrah might get a chance even though India has won the game. Next year, the ICC T20I World Cup is going to be held in India. Considering that, Virat Kohli might give Jasprit Bumrah to bowl once at the international level. Anyhow, the match is surely going to be interesting as we will get to see whether India can break their record or no. Let us know in the comments section whether Australia will get a consolation win or India will whitewash Australia in the Dettol T20I Series just like 2016.