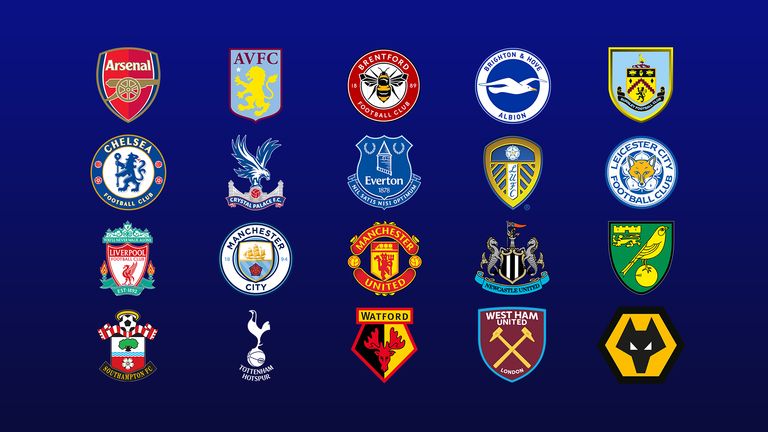 Premier League: Roadmap Of Teams For The New Season

Not even a month is left for the Premier League to begin, and the fans cannot wait for the season to start. A lot of teams are involved with their transfer targets, many are doing just fine, while others are still struggling. Teams like Tottenham and Arsenal have fired guns in the transfer market already. Both the clubs have already bought some substantial players, and their squad is looking terrific. The top teams in the premier league, Liverpool and Manchester City, have done their share of shopping. City acquired Haaland and Liverpool got Darwin Nunez. Both players had top-notch seasons at their previous clubs, and it will be very interesting when they face each other.

Teams like Manchester United and Chelsea are still struggling in the transfer market. Chelsea has only signed Raheem Sterling as of now. No significant signing has come in from Manchester United. These two are probably the biggest English clubs, and their current situation doesn’t seem so appealing. Even the likes of West Ham and Newcastle have looked more promising than them in the summer market. Now only a few weeks left before the league commences, things will start becoming tighter. There will be more rumors than ever before and last-minute signings. Pre-season trips have begun. Chelsea has gone to the US while United just landed in Bangkok. Before they come back from the trip and start preparing for the league, they need to figure out their transfer targets.

Manchester City has no doubt been the most dominant team in the premier league in the last 10 years. With so much money spent on signings and, of course, the guidance of Pep Guardiola, the team is on the next level. Except for Liverpool, Manchester City has literally dominated every other team. Their competition against Liverpool is possibly the best brand of football seen in the past few years. The only thing missing for City now is a Champions League title which they have failed to win. Pep has not been able to crack the code needed to win the European Title. It has become a sort of headache for him to win that. Despite having such a great team, probably the best team in Europe, he has failed miserably.

Especially the last loss against Real Madrid was extremely painful, losing in the final minutes of the match against Madrid. Now Erling Haaland has joined Manchester City along with Kalvin Philips. If this doesn’t win them the Champions League trophy, then nothing else will. It will be interesting to see how the team shapes up after the arrival of Haaland and how he will contribute to the team.

Premier League: Liverpool Will Aim For All Title Once Again

Until the last two weeks of the season, Liverpool was in the race to win all four titles. They ended up losing two, the better ones they could not win. The first was the premier league title to Manchester City, and the second was losing to Real Madrid in the final. It was a painful end for the Reds, even though they won the other two cups. But this does not mean they were bad at all, in fact, the entire season, they were really solid. They put pressure on Manchester City till the final minutes of the final match of the season. They cruised to the final of the Champions League as well. There seem no big problems with the way Liverpool is playing, maybe a few adjustments here and there, but they are good to go.

In the new season, they will try again for all four trophies, and why not? They have a great squad, and even though they lost Mane to Bayern Munich, they have got Darwin Nunez instead. Jorgen Klopp has maintained a nice balance within the team, and it looks like they are ready for another great season.

The way the last premier league season ended for Arsenal was really heartbreaking for the fans. They were in total control of the fourth spot after starting a difficult one, just gave away in the last few games. They suffered three back-to-back losses in their last four games. This led to losing their fourth spot to their North London noisy neighbor Tottenham. It couldn’t be a worse feeling than this to lose their spot to their arch-enemy. Anyhow, the current situation for Arsenal looks promising. They have managed to do some great deals already and are hungry for more. The arrival of Gabriel Jesus and Fabio Vieria is surely a positive step-up.

Arsenal’s target for this season must be to secure a comfortable top-four finish and qualify for the Champions League. Now, they are in the Europa League, so they must try to win that as well. The kind of progress the club is showing in the transfer market speaks volumes of their future plans.

Tottenham is the other team that is looking to make its mark in the transfer market. They have already managed to acquire some great players for their team. Players are also attracted to join Tottenham because they are in the Champions League and Antonio Conte is the manager. Their resurgence in the second half of the last season was commendable. They finished one position above Arsenal, another personal achievement. This marked the beginning of a rivalry that has turned many folds. Both Tottenham and Arsenal have been extremely active in the transfer market and have got tremendous results so far. They both are still going at it and look completely in control of the transfer market.

Next season will be interesting to see two new, improved squads. The battle of the top four will be very competitive in the coming season. If Chelsea and Manchester United don’t improve their squads in the coming days, then it could become extremely difficult to compete with other teams. West Ham United and Newcastle will be the other two teams to watch out for. Anything is possible!