PSG In Talks With Tottenham To Sign Dele Alli 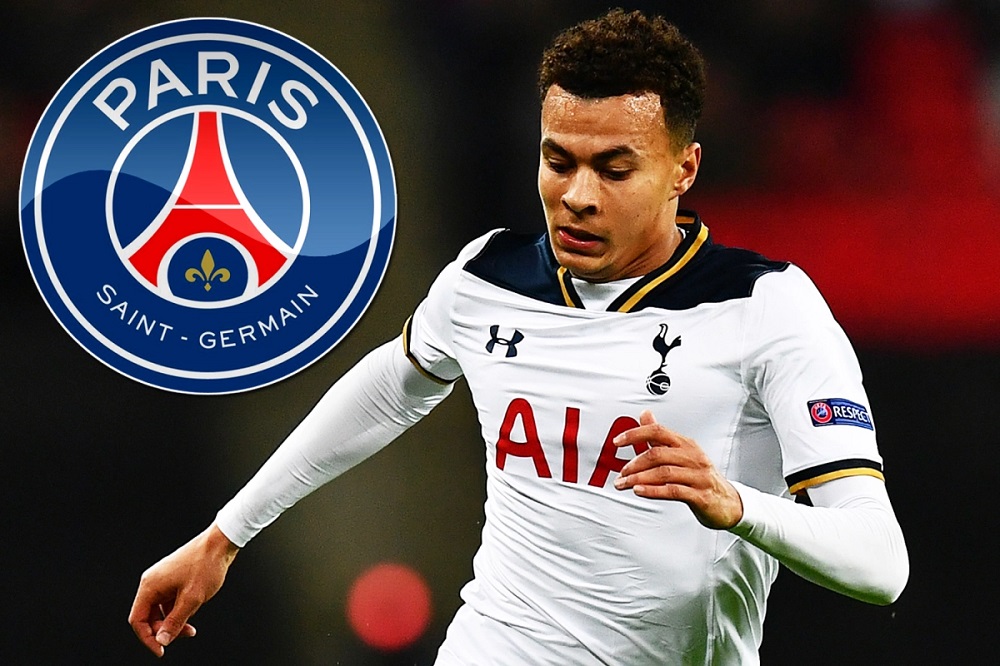 The Champions League finalists Paris Saint-Germain are looking to sign the Englishman, Dele Alli. PSG, who are normally known for their big signings has not shown much involvement in the summer transfer window. They signed Florenzi on a free loan transfer from Roma. PSG has not spent a single euro until now, but they will surely not let a chance like this to slip away. Dele Alli is a great midfielder. PSG does have some good midfield options but this signing can totally be a game-changer. Dele Alli’s relationship with his current club coach Jose Mourinho is not good. He was not even included in their recent win against Southampton.

In the post-match interview when Mourinho was asked about Dele Alli’s future at the club, he did not give a proper answer. Tottenham even completed the signing of Gareth Bale which makes it even harder for Alli to stay. Mourinho has also stated that he has many options to make a balanced team. But, Mourinho did say that Dele Alli will play the knockout Match against Leyton Orient. The talks are very light and we will soon come to know if the deal is happening or not.

Who is Dele Alli?

Bamidele Jermaine Alli is a professional English footballer who plays as a midfielder for the Premier League team Tottenham Hotspur and the England National Football Team. Dele Alli is a great player and can handle the whole game from his position. He has a great pace which is not so common in midfielders. He started playing club football when he was 11 where he played for the Milton Keynes Dons FC. After that, he joined Tottenham Hotspur in 2015 for €5 million. Alli has played for England and actually started at an early age. He has played for the England Under 17, Under 18, and even the Under 19 team.

Alli made his professional debut for the team in 2015 and after a stunning performance, he also got a chance in the EURO 2016 and 2018 FIFA World Cup. He had a very uncomfortable childhood. His mother was an alcoholic and he had to move to Nigeria for two years with his father before returning to his hometown to live with his mother again. At the age of 13, he moved to stay with the parents of his MK Don teammate and he also prefers them as his adoptive parents. Alli was never legally adopted. Dele Alli is truly an inspiration for many youngsters out there. We hope the wherever his future lies, it may be the best for him.