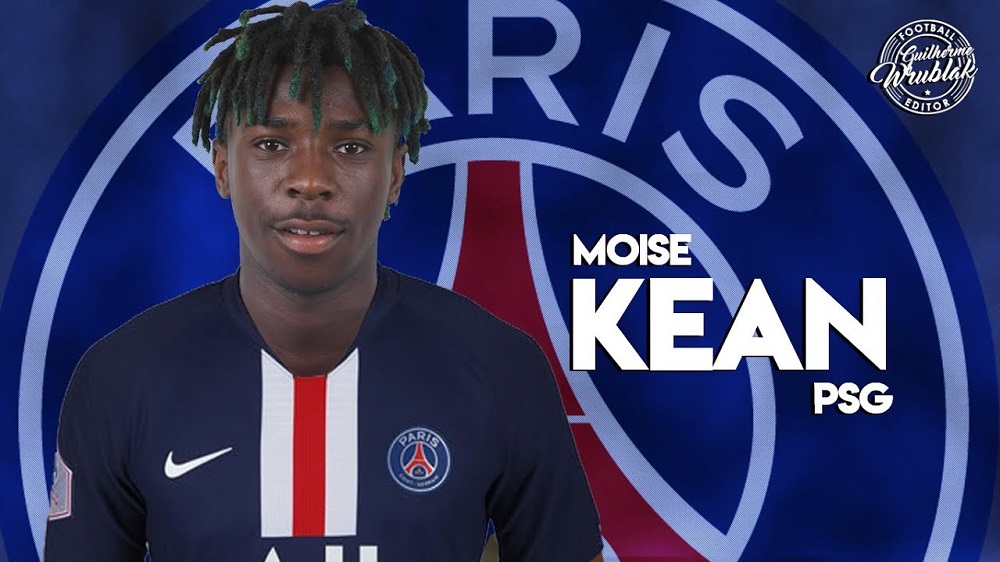 The French club Paris Saint-Germain recently completed the signing of Moise Kean on a loan deal with Everton. The 20-year old is officially a PSG player till the month of June next year. It is just a one-year loan deal and there is no option to buy the player or extend the contract. In an interview, Moise Kean expressed his feelings about this deal and said that he is very happy to be a part of this big club. He also said that Paris is one of the best clubs in the world right now after watching their performance in the last Champions League.

Paris Saint-Germain won many titles last season including the Coupe de la Ligue, the Ligue 1 title, and the French Cup. They were also the runners-up of the 2019/20 UEFA Champions League. PSG is in a great form but many players like Thomas Meunier and Thiago Silva left the club this summer. So, it was essential for them to sign some players. After signing Florenzi, they got in contact with Everton to sign Moise Kean as they already knew that Choupo-Moting is also going to leave. Moise Kean has some real talent and we believe that he will make a great partnership with all the superstars that PSG already has.

Who is Moise Kean?

Bioty Moise Kean is an Italian professional footballer who played as a forward for the Premier League club Everton. He is now a part of the Paris Saint-Germain squad. Kean is a very young player who is just 20 years old but has already played for the top clubs such as Juventus and Everton. He started his club career by playing for the Italian giants from 2016 to 2019. Kean won the domestic double in his first season with Juventus after which he went on to play with Hellas Verona in a loan deal for a season before returning to the Italian champions and won another title in 2019. After that, he joined the premier league side, Everton.

Talking about international career, Kean plays for the Italy national football team and he made his professional debut in 2018. He is also the youngest goalscorer for Italy. Kean’s path to success was not easy as in childhood his parents’ got separated when he was just 4 years old. He and his brother went on to live with his mother and made her proud by their hard work and dedication. Kean is surely a role model for today’s generation and we hope he becomes a very important part of the Paris squad in the coming season.