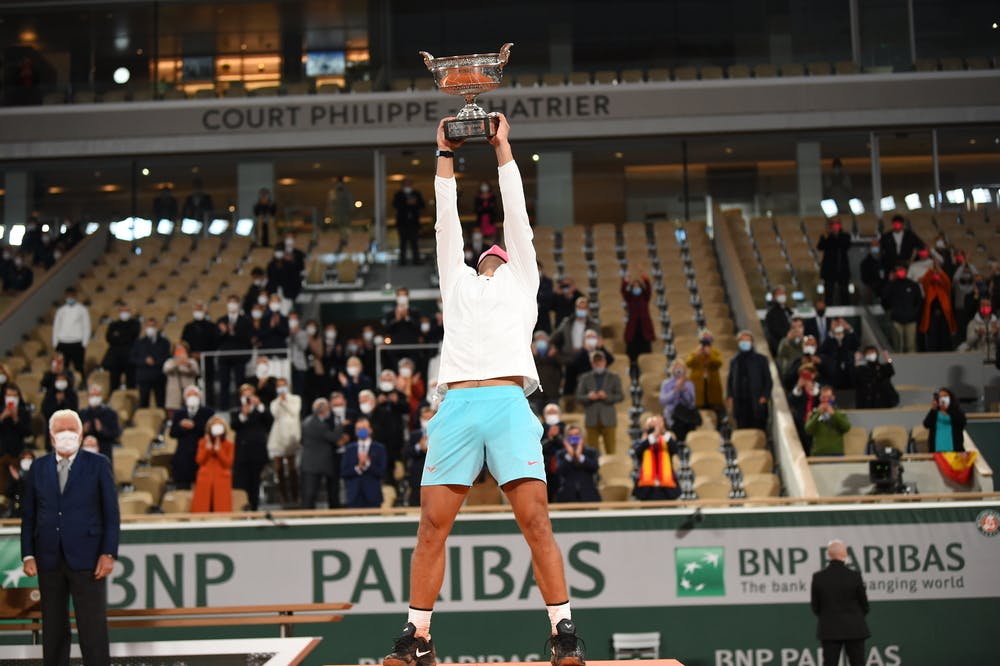 On Sunday during the finals of the French Open, Rafael Nadal destroyed Novak Djokovic and has now tied with Rodger Federer for most Grand Slams won by men. He currently holds the title for 20 Grand Slams and we are expecting more to come in the future. He won with the score point of 6-0, 6-2, and 7-5. The match was held at Roland-Garros which is a clay court and it is not only difficult but impossible to beat Nadal at it. He is called the King of the Clay.

After the match, Nadal stated that he has a special relationship with the court and the city calling it a unique love story. Djokovic also commented saying that even though he has amazing control and gameplay on such grounds, he has been an amazing player showing amazing games throughout his career. Winning the game meant everything to him as he had his most memorable moments here. He is the oldest French Open champion winning the tournament at the age of 34. He won his first Grand Slam 15 years back which shows the longest stand ever seen in a male tennis player.

What did the two players’ coaches say after the match?

After winning the title, Nadal’s coach stated that he still needs to work hard to improve his game. Carlos Moya, the former #1 player took on Nadal’s training in 2016. After that, the player has only shown signs of improvement. According to Moya, perfection does not exist so every time you see a new player rising in ranks who can possibly beat you in the future, you should get ready for defense. Learning and understanding the opponents is of great advantage and helps to learn new techniques. There is always room for improvement and Moya said that the next time he is on the court, he will come up with a better game. The coach said that the entire team is working on Nadal and they have a clear goal and vision for his future.

On the other hand, Djokovic was disappointed and this is considered as one of the worst defeats. During the 2019 Australian Open, Djokovic had beaten Nadal during the finals which got him to #1. Nadal avenged his previous game by winning this one. Goran Ivanisevic, who is Djokovic’s coach mentioned that Nadal strategically and tactically outplayed him. Djokovic has lost three times to Nadal during the French Open. Those defeats are from the previous year and during the 2012 and 2014 final.

Everything you need to know about Rafael Nadal:

Rafael Nadal Parera currently ranks #2 in ATP. To date, Nadal has won around 20 Grand Slams. Born on 3rd June, 1986 he started playing tennis since he was three years old. He also used to play football and wanted to pursue a career in it. However, he won the Under 12 Regional Tennis Championship. After that, he was trained intensively for tennis after which he went to play numerous championships. At the age of 15, he started his professional tennis career and was ranked 762. In 2008, he beat Fernando Gonzalez during the Beijing Olympics winning his first gold medal. He does numerous endorsements and is the brand ambassador for Kia Motors since 2006. In 2019, Nadal got married to Maria Francisca Perello after dating for 14 years.