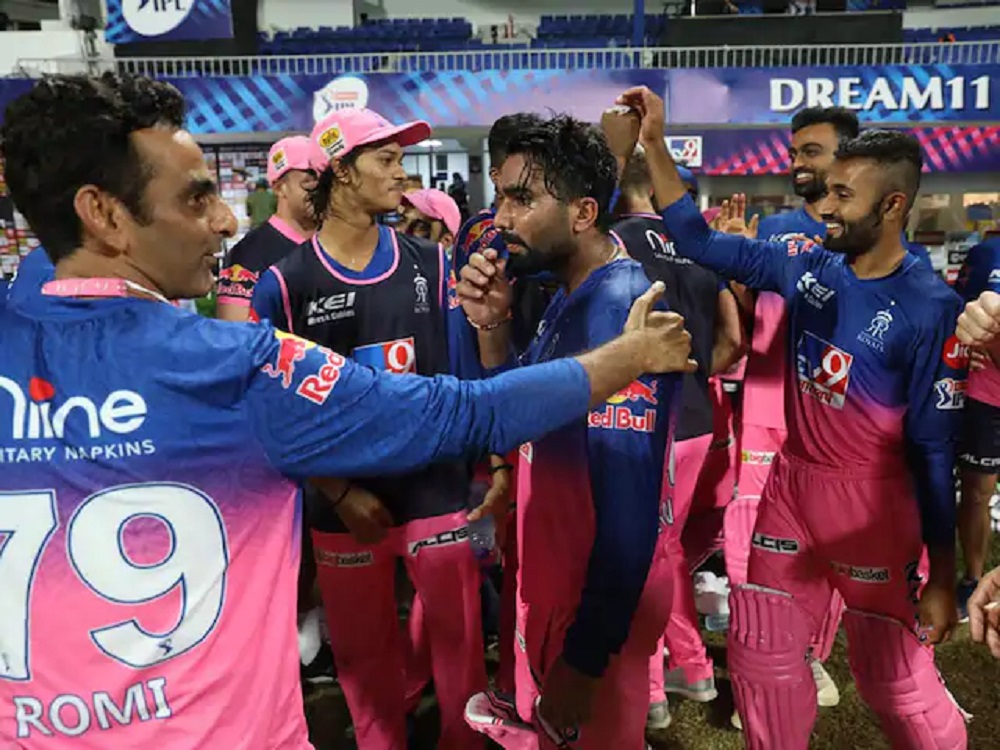 27th September will always be remembered as one of the best days for Rajasthan Royals as they made an unbelievable comeback against Kings XI Punjab in the 9th match of IPL 2020. It was Rajasthan’s second match and they were looking to get another win. They emerged victorious against CSK in a 16 run win with Sanju Samson thrashing the CSK bowlers. On the other hand, KXIP had won and lost 1 match each against RCB and DC respectively. Now, RR and KXIP were going to lock horns with each other to get another 2 points on the points table.

The match started off as Rajasthan won the toss and chose to bowl first. To open for Punjab came skipper KL Rahul and Mayank Agarwal. They started off brilliantly as they thrashed the bowlers of Rajasthan Royals to get 183 runs in 16.1 overs. Mayank Agarwal played an excellent innings as he scored 106 off just 50 balls. On the other hand, KL Rahul also had a wonderful knock of 69 in 54 balls. However, both of them got dismissed in the 17th and 18th over respectively. But, even then Pooran (25 in 8) and Maxwell (13 in 9) managed to take Punjab’s total to a whopping 223-2. As a result, Rajasthan Royals needed some big hits from their batsmen and that is exactly what they got.

Jos Butler and Steven Smith opened the innings for RR. Cottrell dismissed Butler (4 in 7) in the 3rd over itself creating pressure on the Rajasthan side. However, it did not seem like RR was under pressure. In fact, they were relieved by Sanju Samson who got big hits from the start. Samson and Smith had a brilliant partnership of 81 runs until the 9th over when Neesham dismissed Smith. Then, Smith decided to send in Rahul Tewatia to the crease. Everyone was shocked by this decision. People were thinking why would Smith send him before Uthappa and Riyan Parag.

Initially, Tewatia was playing really slow and defensive. He only got 17 runs in the first 23 balls. However, on the other end, Samson was doing his part and getting runs on the scoreboard as fast as he could. But, unfortunately, Samson got dismissed in the 17th over by Shami. At that point, the RR fans had lost all hope. They needed 63 runs in 23 balls. Robin Uthappa came to the crease after Samson’s dismissal. Then came the big over that Rajasthan needed from the start. Rahul Tewatia hit 5 sixes in Sheldon Cottrell’s over to get the chase to only 21 required of 12 from 51 required off 18. Even though he and Uthappa got out after that, then came Jofra Archer who banged two sixes to Shami, and soon enough Curran won Rajasthan Royals the game with a boundary.

What to take from the match between KXIP and RR?

From their game against KXIP, Rajasthan Royals have surely learned that they can rely upon Sanju Samson in batting. Not only Samson but they can also have faith in Steven Smith and their middle-order lineup. Sanju Samson won the man of the match award for his brilliant knock. KL Rahul and Mayank Agarwal also played an excellent innings. However, the Punjab team still needs to work on their bowling. Now, RR will be going up against KKR in their next match whereas KXIP will be facing MI. So, stay tuned for more such updates.