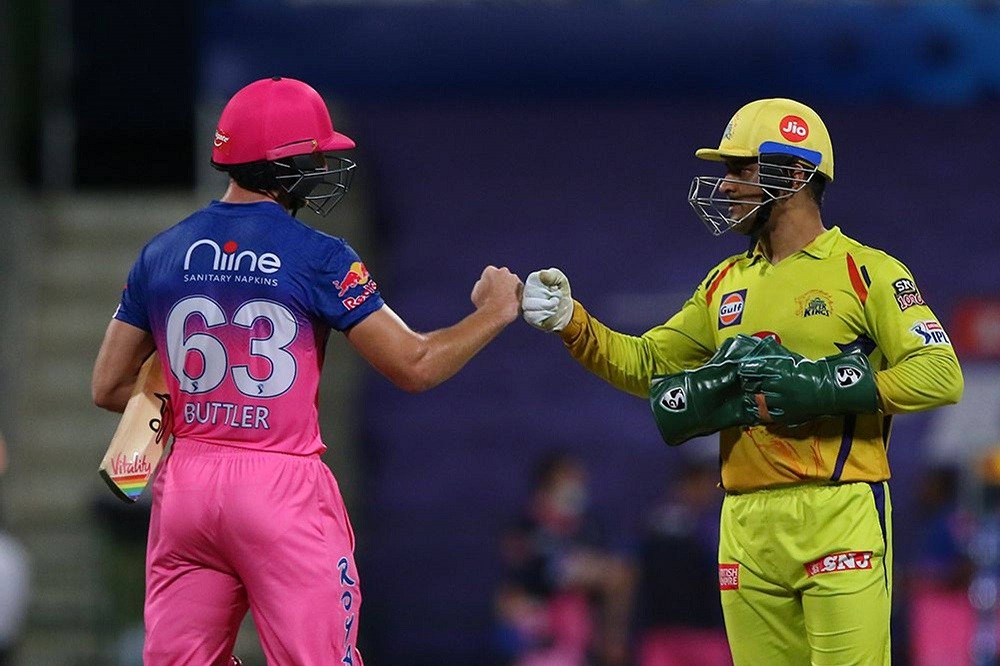 IPL 2020 has been really exciting and thrilling this season. We got to see many ups and downs but finally, when the tournament began, everyone was happy to see their favorite players back in action. It has really been an astonishing season with CSK being at the last position place in the points table and Delhi Capitals capitalizing over every team in the tournament. On 19th October, we got to see another thrilling match as Chennai Super Kings were facing Rajasthan Royals. The match was being held at Sheikh Zayed Stadium in Abu Dhabi and was the 37th match of IPL 2020. It was an important match for both the teams as whoever would lose this match, their chances of qualifying for the playoffs would deplete.

Chennai Super Kings won the toss and opted to bat first just like their previous match against Sunrisers Hyderabad. Sam Curran and Faf du Plessis opened the innings for their side. However, in the 3rd over itself, Du Plessis (10 in 9) got out. As a result, Watson came to the crease. However, in the very next over, Watson (8 in 3) also got out. Then, Ambati Rayudu came to the crease to support Sam Curran from the other end. Curran was the only one who seemed to be settled. However, CSK had chosen him to open so that he could get some boundaries but he was not being able to get any big shots. He managed to score only 22 runs in 25 balls before getting out in the 9th over. Soon after him in the 10th over, Rayudu (13 in 19) also got dismissed.

It seemed like CSK’s team had no idea how to survive in front of the RR bowlers. Now, Dhoni and Jadeja were on the crease. Dhoni managed to build a partnership of 51 runs with Jadeja but then got run out in the 18th over. The CSK skipper scored 28 runs in 28 balls for his side. After that, Kedar Jhadav came to support Jadeja in the last two overs of their innings. However, Jhadav played really slow and scored only 4 runs in 7 balls. Jadeja (35* in 28), on the other hand, put up the best performance from the CSK side. Due to him, Dhoni and Curran, CSK managed to reach a total of 125-5 in their 20-over innings.

Now, Rajasthan Royals needed 126 runs in 20 overs to get the 2 points from the victory. It was not much but CSK had a great bowling attack to defend even a target like this. So, Ben Stokes and Robin Uthappa opened the innings for RR. Uthappa started off slow but Stokes on the other end was hitting boundaries. It seemed like he wanted RR to chase the target quickly. However, in the 3rd over, Deepak Chahar dismissed Ben Stokes. In the very next over, Robin Uthappa also got out. Now, Sanju Samson and Steven Smith came to the crease to finish the chase.

Jos the Boss!@josbuttler is awarded Man of the Match award for his match-winning knock of 70*#Dream11IPL pic.twitter.com/cw915oSrP8

However, in the 5th over itself, Samson got ducked at the hands of Chahar. As a result, Jos Buttler came in at 5. Buttler was off to a great start and was smashing the CSK bowlers. Smith, on the other hand, was playing defensively taking only 1s and 2s. He did not want to lose any more wickets as that could bring down the team’s morale and they could lose the match. Both Buttler and Smith chased down the target in 17.3 overs with Buttler scoring 70* in 48 and Smith scoring 26* in 34.

Is @stevesmith49 taking notes of the @josbuttler ramp shot? How did it feel to secure a much-needed win & have Boss Buttler acing the run-chase?

Jos Buttler won the Man of the Match award for his match-winning knock of 70* in 48 balls. Rajasthan Royals had defeated Chennai Super Kings to climb up to the 5th spot and pushing CSK down to the bottom of the points table. Now, the only chances of CSK qualifying are if they win the rest of the matches and have a great net run-rate. They need other teams also to lose if they want to qualify for the playoffs. Rajasthan Royals, on the other hand, need to win all of their upcoming matches to directly qualify for the playoffs. If they lose even a single match, then they will need to win their next 3 matches and have a good net run-rate. Anyhow, now CSK will be up against the defending champions MI in their next match whereas RR will be facing SRH in their next fixture.