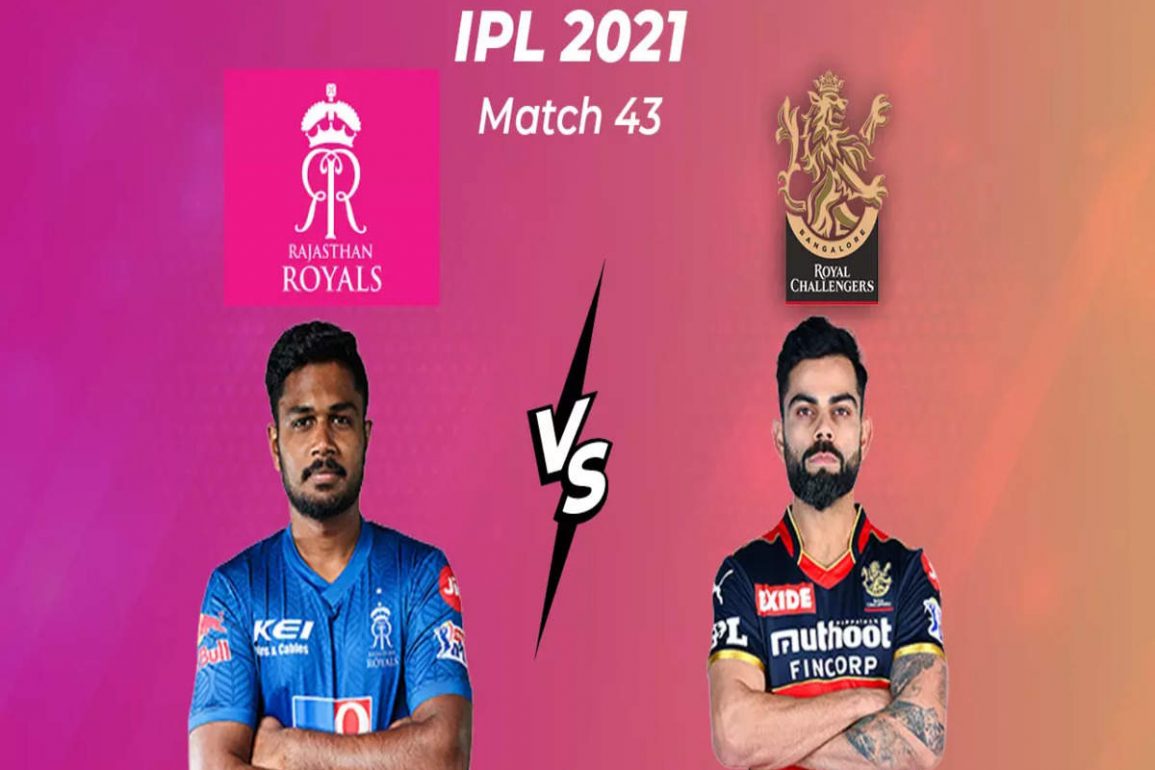 The following article is about the prediction of the match between Rajasthan Royals Vs Royal Challengers Bangalore. The Indian Premier League has entered its last phase. There are supposed to be 60 matches in total. Out of them, 42 fixtures have been completed. So it is well understood that the league will come to an end soon in the future. This year there was a massive problem of the Covid 19 pandemic. Luckily, the league resumed and brought a smile to the faces of the cricket lovers. Out of the remaining few matches, most of them are interesting and important in shaping up the playoffs.

One of those matches is between Rajasthan Royals and Royal Challengers Bangalore. Both the team enjoys a massive number of followers. They both are favorites to win the Indian Premier League this year. A lot of speculation has been going on about who is going to be the champion. Different people have different opinions regarding this matter. Coming back to the high voltage match, the fans can feel the adrenaline rush in their body surrounding the match. A lot of people will be turning on their television for this match. So let us get right into the topic and see what Rajasthan Royals and Royal Challenger Bangalore can offer us.

Also Read: Who is Neeraj Chopra Dating in 2021? All about athletes personal life

Rajasthan Royals may be champions of the very first of the Indian Premier League. But this season, they were quite opposite of being champions. With such disappointing performances, the fans are very upset with their favorite team. Currently, Rajasthan Royals are in the seventh position on the points table with just 8 points from 10 games. Rajasthan Royals lost their last match against Sunrisers Hyderabad and will be looking to turn around from this situation. Evin Lewis, Sanju Samson, Yashasvi Jaiswal, Mustafizur Rahman and to name a few are one of the world-class players in the Rajasthan Royals squad.

On the other hand, Royal Challengers Bangalore is in a quite good place. They have never been Indian Premier League champion, but it looks like that it is going to end this season, with them winning the IPL trophy. Royal Challengers Bangalore is in the third position of the Indian Premier League points table with 12 points from 10 matches. In their last match, they defeated Mumbai Indians by 54 runs. They like to continue their winning spree. RCB has a squad full of world-class players like Virat Kohli, AB De Villiers, Glenn Maxwell, Mohammed Siraj, etc., who can win any match with their brilliance.

Including today’s match against Royal Challengers Bangalore, Rajasthan Royals are left with four matches. If they will all of them, they will end with 16 points and a place in the top four of the table. On the other hand, the same goes for Royal Challengers Bangalore, winning all the matches that are left will help them reach 20 points. Winning even two of them will help them qualify. So it can be well understood that either team has a chance of qualifying and will try to look forward to grabbing that chance. Tell us what do you think will happen. Do give your feedback on the article.