RCB vs SRH Predictions IPL 2021: Who will win the Match? 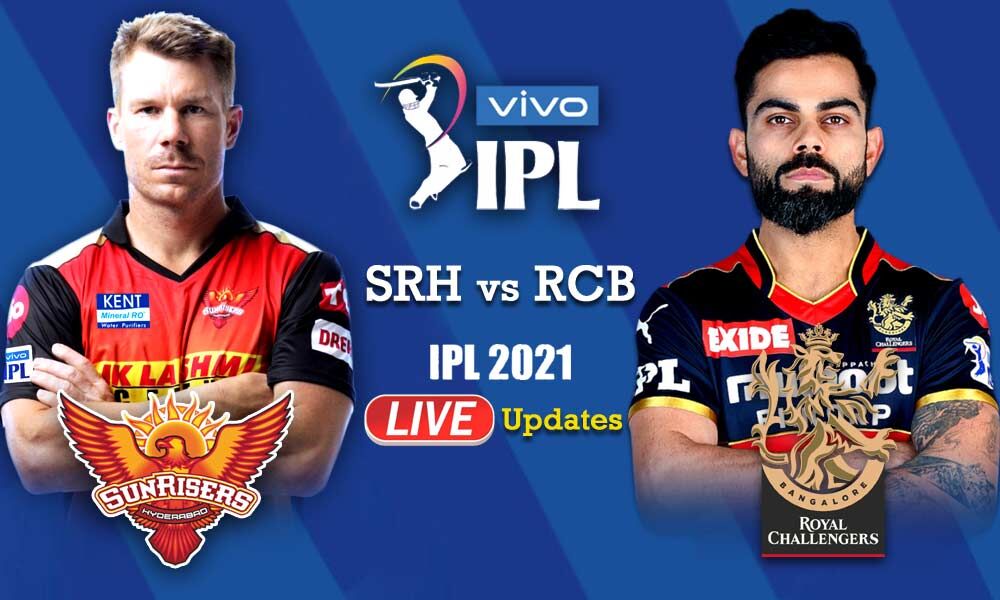 Today’s article is all about the upcoming match of RCB vs SRH IPL 2021, its predictions, and much more. The team of Royal Challengers Bangalore has already qualified in the play-offs, and now it seems that they are all set to go into the top 2. However, Sunrisers Hyderabad is out of the race for the play-offs but could prove to be a tough competition to the other franchise. This 52nd match of Indian Premier League 2021 is going to be held at Sheikh Zayed Stadium in Abu Dhabi. As you know, both the teams have proved themselves to be strong competitors on the field. A tough competition can be seen in this match to be held on 6th October.

RCB made a good comeback in the last match by defeating Punjab Kings by 6 runs. After winning the match against Punjab Kings, RCB became the third team to enter the play-offs. At this time a lot of improvements have been seen in RCB’s team. And because of this, it can be guessed in the coming match that Virat Kohli’s team is going to play fiercely to go to the top 2. On the other hand, Sunrisers Hyderabad has won only 2 matches out of 12 matches this season. In the previous match, Sunrisers Hyderabad lost by 6 wickets while playing against Kolkata Knight Riders. Due to continuous defeat, this team has also been eliminated. But last season Sunrisers Hyderabad competed with RCB in 18 matches and won 10 matches.

In the case of the highest run aggregator, David Warner of SRH is on the top spot. Even though SRH has not performed well in this season, but they can surprise the audience by winning this match.

Also Read: MI vs DC Winner Predictions, Who will win the match?

Royal Challengers Bangalore is a Bangalore, Karnataka-based cricket franchise, which plays in IPL. This team never won, but between 2009 and 2016 it has become runner-up three times. Despite not getting a win, this team has won the tag of the Underachievers.  The franchise has found many Indian and international players at auction such as Anil Kumble, Dale Steyn, Cameron White, Mark Boucher, Jacques Kallis, and Zaheer Khan. Royal Challengers Bangalore qualified for the 2011 Twenty20 event as they finished runners-up in the 2011 IPL. By making the RCB’s first and only team to have played in all three seasons of the tournament. RCB has a large fan base throughout India and especially in the city of Bangalore. In the 2014 IPL year, Royal Challengers became the first group to provide free Wi-Fi connections to fans in their homes.

Sunrisers Hyderabad is a cricket franchise based in Hyderabad. The team made its first appearance in the IPL in 2013, where it reached the finals, finishing in fourth place. In their first season, the team reached the final but was eliminated after losing to the Rajasthan Royals by 4 wickets while the Sunrisers won their first IPL title in the 2016 season, beating Royal Challengers Bangalore by eight runs in the final. David Warner was named captain of the season and led the team in every game played. After a poor start to the team this season with 1 win in seven games. SRH has announced Kane Williamson as their captain for the remaining season to replace David Warner.

Also Read: SRH Made An Astonishing Win By 69 Runs Against KXIP