Real Madrid Drop Points Against Elche Away From Home 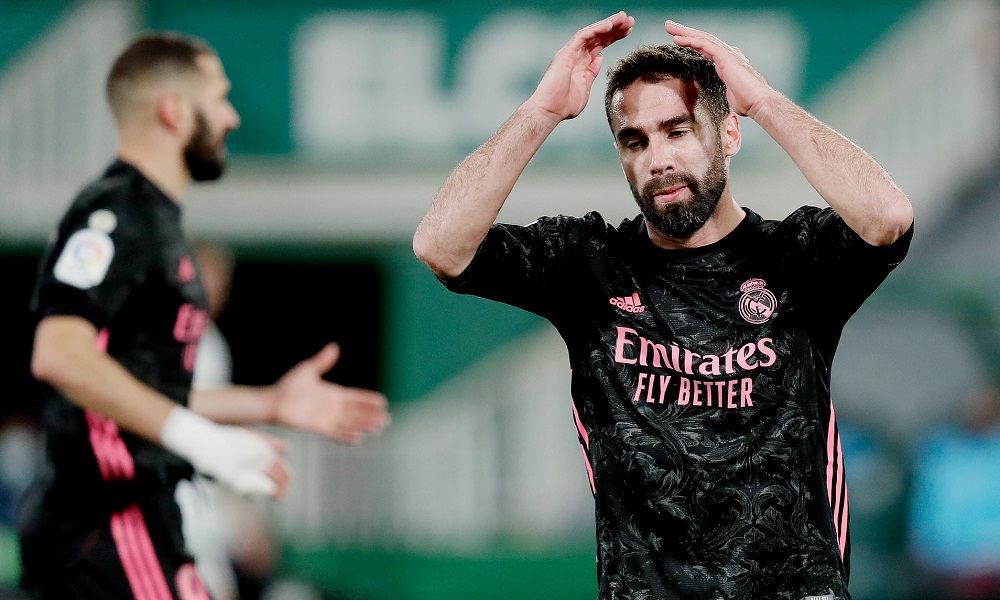 Real Madrid dropped 2 points against Elche away from home in their last game of 2020.

Real Madrid played their 16th and last fixture of 2020 yesterday against Elche. They were in the 2nd position and had a chance to climb back to the 1st position with a  win in this match. Consequently, they would try their best to win this match. They had won 10 matches, drawn 2, and lost 3 until now. On the other hand. Elche had won 3, drawn 7, and lost 4 matches till now. Hence, they had 16 points but a win in this match could send them through to the Top 10. So, it was definitely going to be an interesting game as both the teams wanted a win and neither would settle for a draw.

The match began as Elche kicked off and they were maintaining the possession. However, it didn’t take them much time to start creating chances. However, the Los Blancos also did not stop back and were highly pressing their rivals to force them into making a mistake. Consequently, Real Madrid had their first goal in the 20th minute from their star midfielder Luka Modric.

Asensio took a strike at the goal which took a deflection off the crossbar but Modric immediately headed the ball away from Badia in the top right corner of the goal. As a result, the visitors had earned themselves an early lead. However, they did not step back and kept creating chances but were unable to convert them. Therefore, the score at the end of the first half was 1-0 in Real Madrid’s favor.

The second half began and now Elche players were looking hungry for the equalizer. They kept pressing over the Real Madrid players to steal the ball from them and in fact, they were also creating chances. Lucky for them, just 6 minutes into the second half, they won themselves a penalty. Carvajal was punished for pulling Barragan’s shirt inside the box. As a result, Fidel Chaves took the spot-kick and smashed the ball into the left side of the net to score the equalizer. Consequently, now the score was tied at 1-1. Now, both the teams were creating chances as they were looking for another goal. However, they only managed to create chances and not convert them.

With that, the match ended in a 1-1 draw as both the teams were awarded a point each. Real Madrid players were definitely not happy to end the year on this note. They would have loved to win the game and go back to the top of the points table. Now, they are in the 2nd position as they’ve 33 points. Elche, on the other hand, has 16 points and is in the 15th position. Anyhow, both the teams will now be looking forward to focus on practicing for their upcoming games. Real Madrid will be up against Celta Vigo whereas Elche will be locking heads with Atheltic Club of Bilbao.