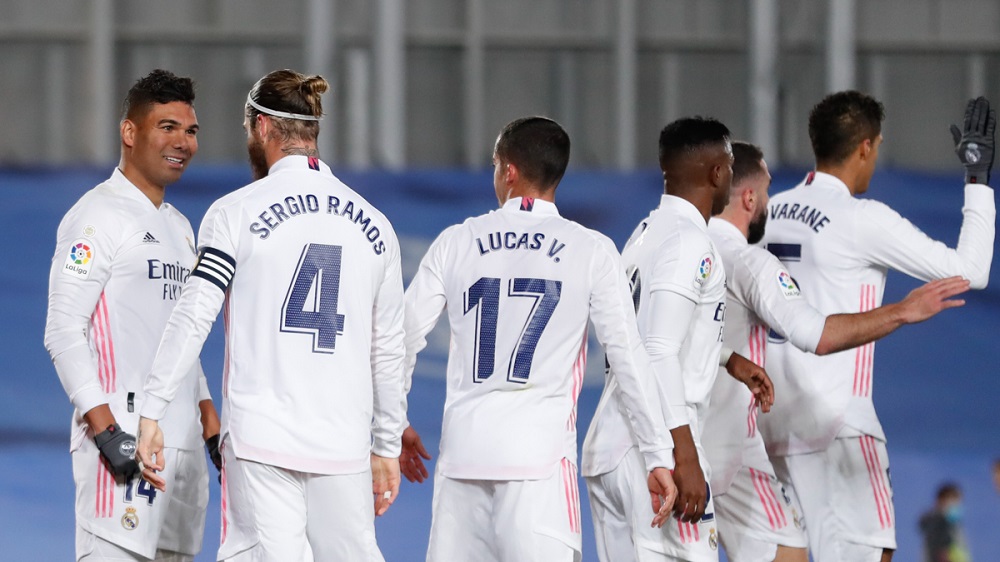 It was another day for a thrilling match in the Spanish top flight. Real Madrid was going to lock heads with Atletico Madrid in the first Madrid derby of this season. It was at the Estadio Alfredo di Stefano. Real Madrid were the hosts and they were looking forward to defeat the table-toppers i.e. Atletico Madrid. The latter were at the top of the points table and were unbeaten this season. So, the hosts were looking forward to break their streak. Real Madrid had 20 points and were in the 3rd position as they had won 6 matches, drawn 2, and lost 3. Also, they had played 1 match less than Atletico Madrid but were still 6 points behind them. Therefore, the match was going to be for a top spot in the points table. So, let us see what happened in the Madrid derby yesterday.

The match started and Real Madrid kicked off on the referee’s whistle. They were playing a possession game as they didn’t lose the ball. However, the visitors were trying their best to steal the ball and were pressing highly. But, the hosts looked in great form, and hence, they soon got their first goal. In the 15th minute, Casemiro headed the ball into the back of the net after a corner from Toni Kroos. He beat the Atletico Madrid goalkeeper Jan Oblak to give the hosts an early lead. After that, Atletico did all they could to score a goal. They created many chances but were unable to convert any of them. The same issue was faced by Real Madrid. As a result, the score at the end of the first half was 1-0 in Real Madrid’s favor.

The second half began and the visitors were now looking desperate for goals. However, things did not quite go their way as Real Madrid were completely dominating them. The hosts kept good possession of the ball and were not losing it easily. They maintained good passing and were creating more chances they wanted more goals. Finally, in the 63rd minute, the hosts doubled their lead after an own goal from the Atletico Madrid keeper Oblak. After the freekick from Kroos was cleared, the ball went straight to Dani Carvajal.  The Real Madrid right-back took a smashing shot on the goal. Unlucky for him, it hit the post but after a deflection from Oblak’s back, it went directly into the goal. Unfortunate for the visitors, but Real Madrid got a lead of 2 goals now.

The match ended with the same score i.e. 2-0 in favor of the hosts. The Los Blancos had become the team to break Atletico Madrid’s long unbeaten run in La Liga this season. There was not much change in the positions as Real Madrid was now on the 3rd position just like before. However, they were now only 3 points short of Atletico Madrid after playing a match less than them. On the other hand, Atletico Madrid was still sitting at the top of the points table but had now won 8 matches, drawn 2, and lost their first match of the season. Anyhow, both of them will be looking forward to win their upcoming matches. Real Madrid will be up against the Athletic Club of Bilbao whereas Atletico Madrid will be locking their heads with Elche.