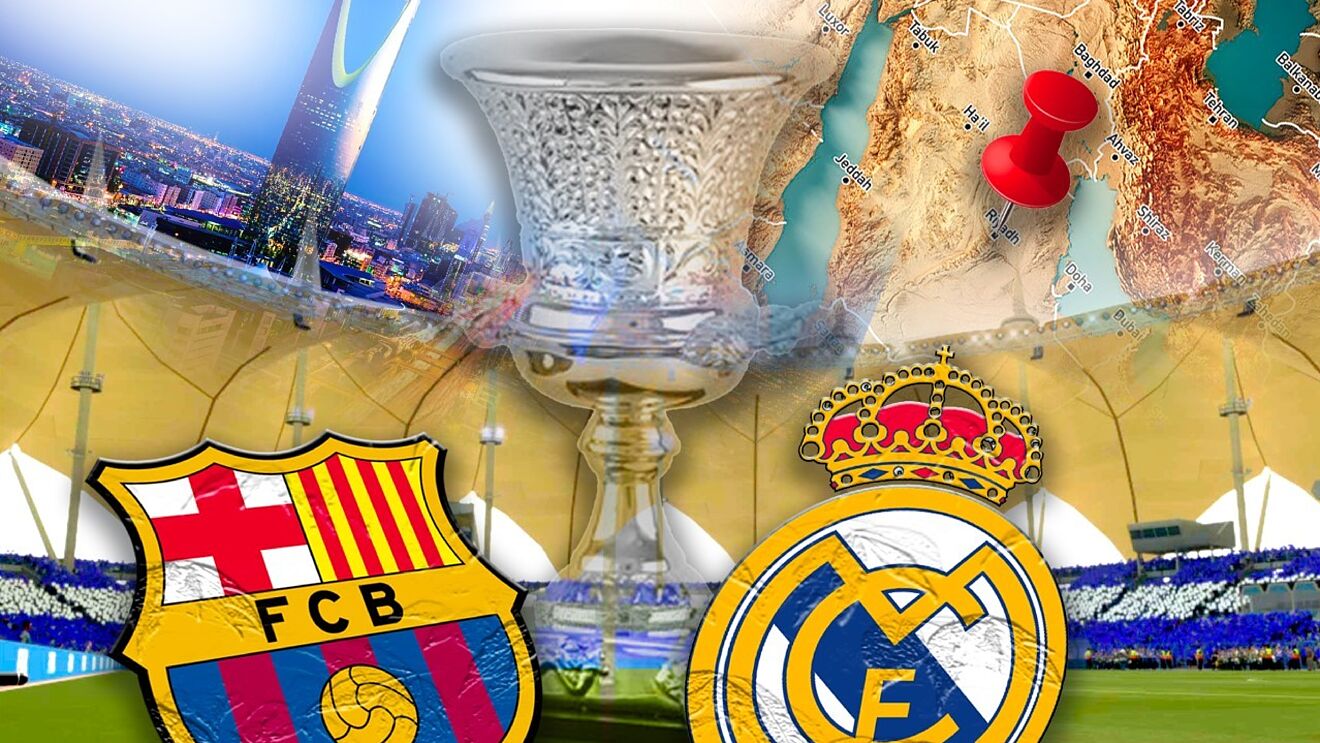 Real Madrid vs Barcelona has probably been one of the oldest rivalries in the footballing world. More than a century old, their matches have represented the best of the best players in the history of football. From Maradona to Ronaldo, Figo to Zidane, Roberto Carlos to Rivaldo, Cryuff to Guti, Valdez to Casillas, Puyol to Ramos, Raul to Eto’o, Busquest To Kroos, and Messi to Ronaldo. There is not a single football fan in the world willing to miss this epic encounter. It is fair to say that it is the most anticipated match in football. Also fair to say that ever since Messi and Ronaldo faced each other for Barcelona and Real Madrid, respectively, the surge in popularity for this match increased a lot. Furthermore, the quality of these matches has always been world-class, and you wonder if football can get any better than this?

History suggests the greatness these two Spanish clubs represent. Winners mentality, born players, and the support of millions are what keep these two clubs at the top. Apart from this, their rivalry has easily become a global phenomenon. It has a pop culture tune to it and represents sporting values. In the last 20 years, we have witnessed some epic matches between the two teams. Today, we would like to discuss what we feel the top 6 matches of the 21st  century.

Also Read: Neymar: The Samba Boy From Brazil- Life, Net Worth and More

Note: These matches are not ranked in any specific order.

Between 2008-2011, Barcelona almost dominated the matchup against Real Madrid. Madrid even failed to qualify for the Round of 16 of the Champions League for many years until the 2010-2011 season. 2010 was the year Jose Mourinho was appointed the manager at Real Madrid, and instantly the team showed progress. The previous season, Madrid has signed Ronaldo, Kaka, and Benzema, and in 2010 they added Di Maria and Ozil to their team. In earlier days, Mourinho lost badly to Pep’s Barcelona, but gradually the team improved. After years Real even managed to qualify to the Round of 16 and reached the semi-final, where they faced their arch Nemesis. They lost the two-leg encounter, courtesy of a solo goal from Lionel Messi in Bernabeu. But Madrid definitely showed signs of better things to come.

After losing to Barcelona in the semi-finals of the Champions League, Madrid faced Barcelona in the final of Copa Del Rey. The match was a very tough final, and both the teams had their chances. In the entire 90 minutes, none of them were able to score a goal. In the second half of extra minutes, from a Di Maria cross, Cristiano Ronaldo scored a magnificent header to make it the winning goal. Real Madrid won the cup and under Mourinho, Madrid found a way to tackle Barcelona again.

The 2013-2014 season belonged to Real Madrid in many ways. Mourinho had parted terms with Real Madrid, and in came Ancelotti. He had a set team made by Mourinho, and his team faced Barcelona again in the Copa Del Rey final. It was a big game as Cristiano was missing the final because of a knee injury. The entire Madrid squad had to pull off a miracle. The first 90 minutes ended with a 1-1 score. It was in extra time where the unforgettable ‘Gareth Bale’ goal happened. The speed that he showed, his sprint past Marc Batra, is still searched on the internet. From the half-line, he ran past the defender, eventually hitting the ball in between the legs of the keeper. This made the score 2-1 in favor of Real, and they again won the cup defeating Barcelona in the final.

Real Madrid Vs Barcelona(2-3): Messi Shows His Shirt At Bernebeau 2017

It was a match where Barcelona needed to win anyhow, to keep the hopes alive of retaining the La Liga title. The following 90 minutes became one of the biggest and most iconic moments in the history of football. Real Madrid took the lead at their home, a goal from Casemiero put Madrid in front. Messi later equalized, and in the second half, Rakitic made it 1-2 in Barca’s favor. Things turned worse for Madrid as their star defender Ramos was awarded a red card. Things looked easy for Barca from there on but out of nowhere, James Rodriguez scored the equalizer for Madrid. It was 2-2 until the dying minutes when Messi popped out inside the box and scored a low shot, beating Keylor Navas. It was Messi’s celebration that became totally Iconic. He removed his jersey and pointed it to the crowd. In between the boos, it was his celebration that took the limelight and also the match away from Real. 2-3 was the final score.

Real Wins The League In Style, Cristiano Does The Calma

It was the second season for Real Madrid under Mourinho, the 2011-2012 season. Things looked pretty good for Madrid as they were leading the title race. It was now in Camp Nou that the fate of Madrid was hanging. Barcelona looked confident to crush Madrid and spoil their hopes of winning the league after several years. The match was intense from the beginning, and it looked like a tough match for Real to win as well as for Barca. However, Real managed to score an important goal and maintained the lead in the starting minutes of the second minutes. It was in the final quarter of the second half when Cristiano Ronaldo, from a pinpoint Mesut Ozil pass, scored past Victor Valdez. He then did his famous Calma celebration, showing his palm repeatedly to the annoyed Barcelona happens. This was another iconic moment that happened in El Classico.

Probably the first time Bale, Benzema, and Cristiano (BBC) were against Messi, Suarez, and Neymar (MSN). Probably the best attacking trio, MSN was on fire the entire season. They even won the treble but playing Real Madrid was a different thing altogether. The match started with a brilliant goal from Iniesta. Real Madrid replied with two quick-fire goals, coming in from Benzema. A total of three penalties were awarded in the match, and two went in Barcelona’s favor. Messi scored a hattrick and became the highest scorer in El Classico matches. Sergio Ramos again took a red card, and Barcelona won the game. It was hurtful for Madrid fans but a very exciting match overall.

These are the top 6 El Classico matches of the 21st century.