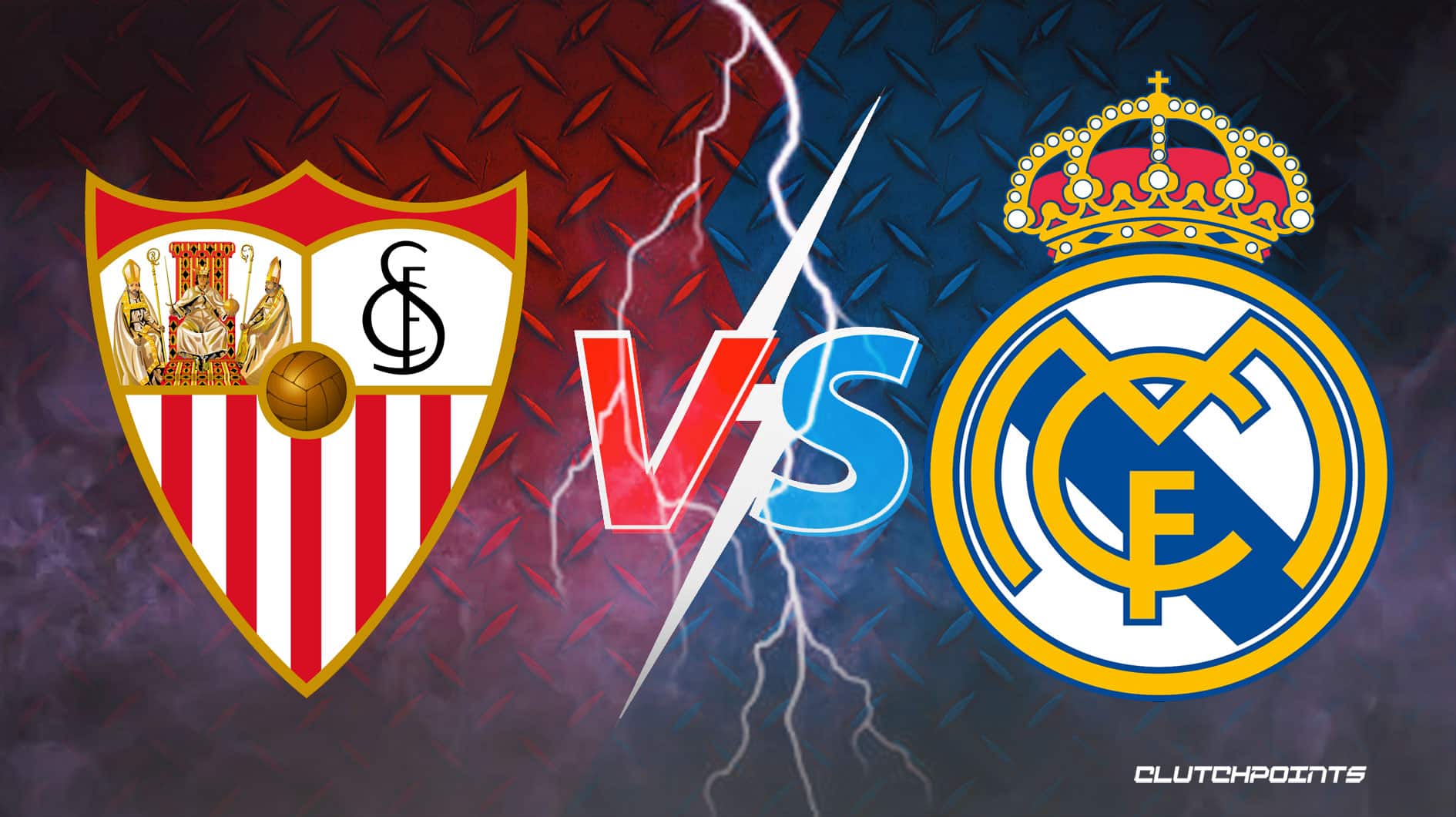 Real Madrid vs Sevilla, Match Highlights, Scores and Much More

Matchday 32 saw Real Madrid vs Sevilla in a full action-packed 90 mins. The entire match was dotted with individual brilliance and concentrated team effort. It was a game of absolute drama, goals and talking points as Ancelloti’s men showcased their finesse on the pitch. This is for the 35th time, Los Blancos will be eying the La Liga title championship. And as the cheers around the dressing room remain, “That’s the way Madrid win!” shows the mettle of this team. This post will cover the Real Madrid vs Sevilla match highlights, scoreline, etc.

The match was played in the Ramon Sanchez Pizujan, the home of Sevilla FC. The last meeting in this venue ended in a 1-0 win for Madrid. A title winner on many occasions (Italy, England, Germany and France), Ancelloti has a chance in Spain as well. Rakitic and Lamela started the proceedings for the home side, while Rodrygo and Nacho pulled back things for the visitors. Later, during the extra time, it was Benzema who scored the decider. Los Blancos will next travel to play against the Pamplona side Osasuna on the 21st of April before heading for the champions league clash against Man City.

It was a tough match for the Los Blancos as they faced a highly polished Sevilla side. The match started with a stunning free-kick from Ivan Rakitic. Just when things were settling, Erik Lamela slotted in a second ball inside the goal. Sevilla looked to take the game away from Real, but Real pulled a stunning comeback. The comeback started with a close-range goal from Rodrygo after a pass by Dani Carvajal in the 50th minute. Madrid’s forward, Vinicius Junior then had a golden opportunity at the 74th minute. The goal was, however, disallowed after the VAR check showed it as a handball. Moments later, in the 82nd minute, Carvajal set up a ball again for Nacho Fernandez to equalise the match at 2-2.

However, the icing on the cake was done by Karim Benzema, who slotted in the decider at the extra time. The French striker scored his 15th goal in the last 10 matches with a shot from close range after a pass by Rodrygo two minutes into stoppage time. Benzema currently is a Midas touch player with a tally of 25 goals in La Liga already. He was decisive in the recent win of Madrid in the Champions League match over Paris Saint-Germain as well which put Madrid in the semi-finals. Sevilla sits third, behind Barcelona on goal difference having played two games more.

Madrid went into the game with a 4-3-3 while Sevilla went with a 4-2-3-1. Statistically, Madrid had more shots on the goal with 15 attempts while Sevilla had only a paltry 7 attempts. Out of this, there were 6 shots on target for the Los Blancos while 2 shots for Sevilla F.C. Sevilla however had a 100% conversion rate. Likewise, the Los Blancos were pinpointed in their passing. They had 680 passes completed while Sevilla had only 464 passes completed. Talking in terms of possession, Madrid regulated the flow of the game in the second half(60% vs 40%). In other aspects of the game both the teams had a fair and square amount of share.

Madrid’s only closest challenger now is Barcelona. However, the Los Blancos are clear 15 points from the Catalan side. Madrid’s manager Carlos Ancelloti said post-match “Madrid has heart, character and quality. It was a deserved win. The league is not over yet, there are several matches left, but it was a big push for us today.” Now, with only 6 games left a piece for most of the teams in the league, it is pretty evident that Los Blancos are winning the league once again. The Los Blancos will be travelling to face the Pamplona side C.A. Osasuna while Sevilla will play the Valencia side Levante UD.